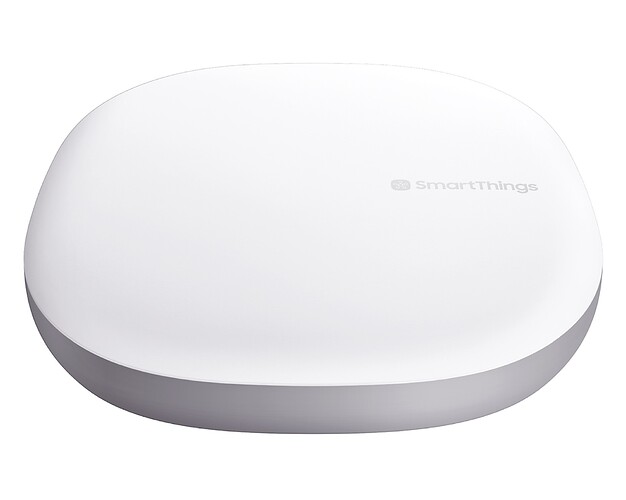 It seems that Samsung is preparing to release a new SmartThings Hub but with a twist. Lacking Matter integration, the SmartThings Station will offer Qi wireless charging, among other features.

That is a bit of a head scratcher …

not sure what this device is intended for, but there’s no reason to assume it won’t support Matter. Matter is at the application layer, not the physical transmission layer, so it won’t necessarily show up in an FCC application. Indeed, both the SmartThings v2 and v3 hubs received firmware updates to support Matter long after their FCC certifications.

Since it has a Zigbee radio, it could probably also run thread in a MultiPAN setup.

So I’m not saying it will support Matter (again, I’m not sure what this device is for), but I don’t see anything to indicate that it won’t.

Maybe it’s intended as an add on to Samsung Smart Televisions, like their current Zigbee dongle?

not sure what this device is intended for, but there’s no reason to assume it won’t support Matter. Matter is at the application layer, not the physical transmission layer

That was my thinking too. I always keep in mind that many of these articles are written by people (or even AI) that haven’t a clue about the topic they are writing about.

I just found the whole thing odd since they ceased production of the V3 altogether. To include wireless charging is like “hey, here is something else we can write on the box!”

I swear there was discussion in the past about a tablet like device that would act like a hub.
I think that’s what this is.

Edit: this is what i was thinking about, so maybe not 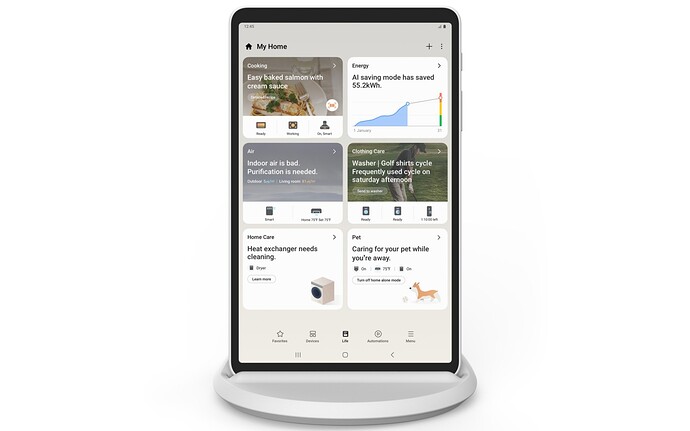 One of the products Samsung showed off at its CES 2022 keynote was the Home Hub, an 8.4-inch tablet for controlling all the connected home devices in your household..

Yeah the one you linked to had a screen, and was basically the same as the piece on front of the smart refrigerator, just offered as a standalone in a smaller size. The one at the beginning of this topic is very different. No screen and it does have a zigbee radio.

Since it has a Zigbee radio, it could probably also run thread in a MultiPAN setup.

Based on one of the fcc docs it can do multipan

The model number they’ve given it suggests they see it as part of their wireless charger range.

@Expose Yeahhh that device is nuts. There’s literally ZERO chance of me recommending that to anyone.