$25k on Lutron RA3 or traditional and then Matter devices?

We’re in the midst of a large (6500 sq ft) remodel. Framing is done, and electrical is in process. The contractor is pushing us to decide on a lighting control system so the electrician can complete the wiring. The proposal from the electrician–above and beyond their existing contract for wiring and standard switches–is $25k for mid size system:

The device prices are described as “install…”

Their pricing is a bit over the top, given the MSRP on the devices. Including “install” does not make sense to me, since their existing contract already included pulling wires to all of the switch locations.

Second, just as I received this bid (yesterday) I found out about Matter–sorry for not being late to the party. That seems to really through this whole thing into doubt.

So query: what path to take?

I’m not up to a longer answer at the moment, but a few quick points:

Most experts don’t think that’s an issue because Lutron already integrates with all the same major home automation platforms that Matter will, including Alexa and SmartThings and Apple Home. The only thing missing would be integration with budget platforms like Ikea Dirigera. So I don’t think most people would put off a Lutron installation now just to wait for Matter.

Here’s a typical Matter analysis in this regard: 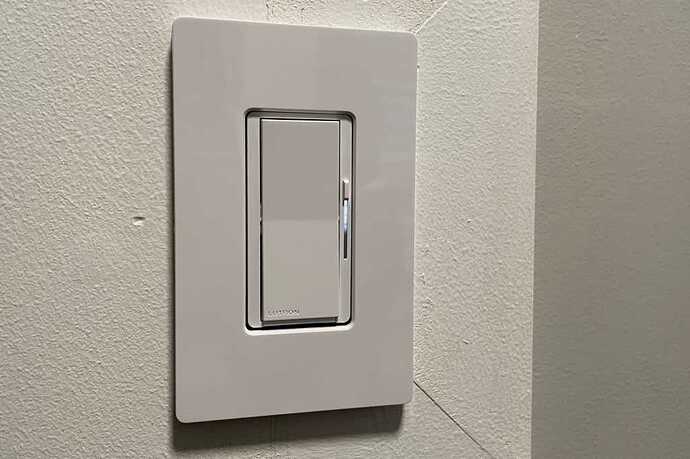 If you’re looking for a smart switch that doesn’t scream “a geek lives in this house!” Lutron’s Diva is the dimmer to buy. But you’ll need Caséta Smart Hub to make the most of it.

I use Caseta in my own home and am very happy with it, but ours is 1800 square feet in an U shape and no multi button devices above 3 buttons.

What is the Range of a Caséta system? | Lutron

The Caséta system has a range of 30ft from a device to the Smart Hub. There are 2 ways to extend this range and this article will go over each.

And, yes, I would say almost all lighting contractors take the same approach yours is: “bid the project, not the piece.” The exception is for homeowners who buy a place that already has a Lutron system installed and now they want it reprogrammed and a few more pieces added.

—-
Hopefully other community members will have more to add.

If I was you I would get at least three quotes from Lutron installers by using the following search page.

That is extremely expensive. I had an electrician install a zwave version of this on a job for 8K and he had to run the copper wiring from the breaker box through existing walls as well as a dozen CAN lights with wiring. I personally wouldn’t wait for matter as long as you are going with a hub based solution like Hue or Lutron. Those brands will make themselves compatible with Matter down the road.

Thanks for the thoughtful feedback.

I would not disclose bids to either side. Just find out their price and negotiate them down.