Read the other project threads and bring in an electrician. You need to know exactly what you’re doing for this, and the Standard micro relay is intended for lighting control are not going to be appropriate here. At the very least you want something that has an automatic timer shut off in the hardware device itself (not depending on a smart app to do it).

Before you do anything else, though, check with your jurisdiction. In many places in the US it is illegal to put in any kind of remote control for a gas fireplace that can be used out of sight. You can’t even have a button upstairs in the bedroom to turn on the fireplace downstairs. This is for safety reasons. if you look at the remote controls for fireplaces which are sold nationally, you’ll see that they almost all have a range limit of about 20 feet which is intended to meet this requirement.

Any SmartThings device of any type that you use on a fireplace would violate this requirement because being able to be at your office and tap the device tile on your phone is obviously out of sight control of the fireplace.

If your jurisdiction does have this requirement and you install something which is not to code, Then you very likely void your homeowner’s insurance if there is a fire.

Me personally? Is the fire safe to leave on while not home indefinitely? If not, do not automate it without safety controls. Real ones. To me Zwave and ZigBee HA is not suitable for safety.

appreciate all of the replies! i am going to refrain attempting to automate the fireplace after reading the concerns

One thing I’m in the process of doing with mine, to add a layer of safety…

I have a Wemo switch that I’ve never taken out of the box. I’m going to make it a mobile plug in the wall switch, with an outlet.

So, it will be a two step process.

The problem is that if your piston can respond to the WeMo, then the WeMo is controlled by SmartThings. And as you know, there has been more than one report in the forum of SmartThings turning a device on randomly. So that might include your WeMo.

If you want a layer of safety, you would have to have the WeMo not known to SmartThings.

I have a single wemo switch from before I got my Smartthings hub. It is set up on a schedule (15 minutes before sunset until 11pm). It worked fine standalone, but once I added it to smart things it’s been very flaky. it turns on at random times for no reason, with nothing in the activity log If I leave the wemo schedule in place, it often either doesn’t work at all or turns on and stays on If I switch to a Smartthings schedule, it turns on at the correct time but turns off hours early and sometimes doesn’t work at all It shows as Not Detected in the wemo app Any suggestions? I could either just use it standalone or I could switch to a ZWave switch I suppose but it would be nice to get it working

The problem is that if your piston can respond to the WeMo, then the WeMo is controlled by SmartThings. And as you know, there has been more than one report in the forum of SmartThings turning a device on randomly. So that might include your WeMo.

If you want a layer of safety, you would have to have the WeMo not known to SmartThings.

The Wemo would NOT be connected to the ST hub. I would use the Wemo app integrated with Alexa. Gotta keep it isolated from ST to prevent the random turn on events.

The Wemo would NOT be connected to the ST hub. I would use the Wemo app integrated with Alexa. Gotta keep it isolated from ST to prevent the random turn on events.

So what would trigger the piston?

So what would trigger the piston?

The piston would control the ST connected microswitch that is plugged into the Wemo. Once the Wemo is turned on (not via ST in any way at all) the ST switch will then have power applied. I then tell Alexa to turn that one on.

I’ve started to think about trying to control my gas fireplace via Zwave and found this thread helpful I found a Reddit thread that offers a nice solution and includes photos that I’ll probably try out. https://www.reddit.com/r/homeautomation/comments/3tpxm5/zwave_fireplace_install/

I know this is old but I just had to answer. The pilot generator is millivolt (DC) so breaking the circuit anywhere controls the operator in the gas valve.

Any low-voltage switch should work. Y’all are over-thinking this.

Sorry for resurrecting the thread, but I’ve been thinking about doing something similar.
I agree with posters who point out the risks of being able to turn ON a fireplace remotely, but what if you only want to turn it OFF remotely (always turning it on manualy)…

But cutting off the arm at the bottom that pushes the switch up. That way, it can never flip the switch on, only off. Do you see any holes in this plan?

How do you get the switch back to the on position without taking off the cover every time?

Yeah, I realized that after I posted. I thought the “hooks” on the left are what moved the switch on and off, but looking again, I think that’s just to detect the position.

FYI to everyone. I tried using a GE Z-wave smart switch on my fireplace just now and am pretty sure I fried it. 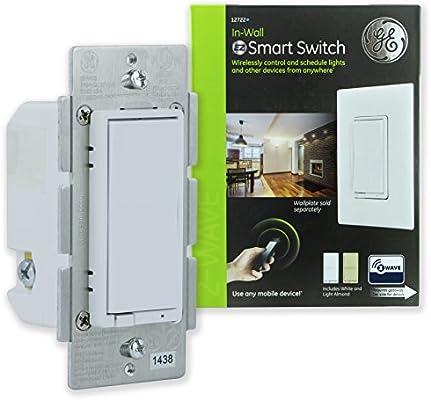 I hooked it up just as the original poster wanted to, with a neutral and live from Romex coming in for the adjacent light switches. I connected the red and white wires to the load terminal and the fireplace lit up. I thought, “Great it’s working!” Let me test the switch and turn it off… pressed the switch and all I heard was a discrete buzzing noise (like a bug zapper, zapping a bug) and then nothing. Sick feeling in stomach… Disconnected the switch, reconnected the original toggle switch and the fireplace is simply not responding. No on, no off. I probably fried the control box. @bamarayne

I had read the Heatilator manual stating that the fireplace used 110-120 VAC, no mention of a millivolt system. But I should have guessed it because the wires were too thin as opposed to typical copper wiring for wall switches. Also my non contact voltimeter picked up nothing. So yes, do not use a regular wall switch.

@ady624 I am curious as to why people have success with Remotec Dry Contact Module.

Someone even posted a YouTube video showing success with it.

Now going to cost me to replace my control box. A little knowledge is a dangerous (expensive) thing.

I probably fried the control box.

Sorry to hear that. But yeah, those thin wires are nothing but a signal wire. The regular wall switch is just there to act as a circuit interrupt.

for safety sake make sure to leave the default switch installed in SERIES with the zwave dry contact relay.

This allows the original switch to still turn off the system for cleaning and to ensure it does not come on when you dont want it too.

ESPECIALLY SHOULD BE USED IF ANY AUTOMATION RULES ARE SET!!!

to ensure it does not come on when you dont want it too.

That’s an interesting statement. Does this relay switch have a history of random events of turning itself on?!
I bought the Remotec Dry Contact Relay switch: 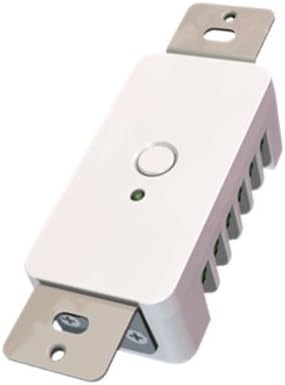 no there is no issue that i know of. I bought the same one.

Imagine this, you or a repair person is working on the fireplace, but forget you have an automation set to turn on the fireplace when the room temp drops to a certain level.

You dont want it coming on while you or someone else is cleaning/fixing the fireplace.
Fireplaces are not maintenance free, after a couple years the automatons are so common you forget they run.

And in most municipalities, it is LAW that the fireplace cannot be automated, and must be manually controlled.

Wiring the relay and switch in SERIES makes the fireplace manually controlled with an automated function while the manual switch is in the ON position only.
I AM NOT A LAWYER, NOR A FIRE/GAS TECH. DO NOT TAKE THIS AS FACTUALLY LEGAL.