Each has pluses and minuses, there’s no one right answer. Different things work for different homes.

Because zigbee is subject to Wi-Fi interference, zwave locks have generally been more popular in the low-cost do it yourself market in the United States, just because you don’t have to worry about Wi-Fi causing problems with them.

It’s not uncommon for a doorlock to be in an architecturally challenging part of the home, off of the front door alcove with exterior walls on three sides. 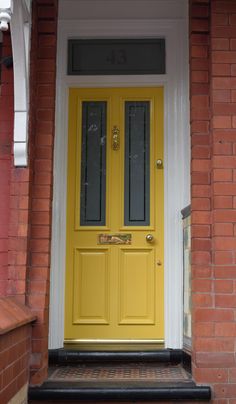 Then when people add Wi-Fi equipment in that area, commonly either a security camera or video doorbell, they may find the need to boost their Wi-Fi signal to get those devices to work well. But is soon as they do that, they may have difficulty getting the zigbee messages through.

So I’m not saying it can’t be done, in fact most of the high cost home automation systems have used zigbee locks for a number reasons, but those systems are installed by professionals who have the equipment needed to identify and manage interference from Wi-Fi networks.

On the other hand, a Z wave lock will usually require a repeater that supports beaming within about 10 feet of the lock in for some complicated power management reasons. (Zigbee is just better at power management.) so that means another device and additional cost.

And Z wave only allows for four hops per message while zigbee home automation (the protocol used by SmartThings) allows for 15 into the hub and 15 out. It’s quite common for a warehouse that has a lot of concrete and metal shelving to choose zigbee just because you get more hops to use for bouncing signal around obstacles. A homeowner in an adobe home or one with plaster lathing might find the same advantages to zigbee.

So different things work for different people. There are community members successful with both, but it may depend on small details of the specific layout.

I have four Z-Wave Kwikset 914 locks. I recommend Zigbee instead. The Z-wave locks have had troubles once or twice per year for the last few years. But as already commented, you might have a different situation.

I have four Z-Wave Kwikset 914 locks. I recommend Zigbee instead. The Z-wave locks have had troubles once or twice per year for the last few years. But as already commented, you might have a different situation.

I have 1 KwikSet with ZigBee and two with Z-Wave. My ZigBee lock started dying (batteries) every two weeks for a while because I mistakenly unplugged a ZigBee pocket socket that was nearby and then kept trying to reach the hub so thats one thing to think about for ZigBee. However my Z-Wave locks go “offline” per the wonderful Device Health program even though you can X out of it and hit refresh and they are fine. The ZigBee one never has done that other then when it’s batteries were dead of course.

If I were to buy them again I’d probably get all ZigBee. I’ve debated buying just the ZigBee card on eBay for $40 - $60 each but I can’t justify the cost of the cards just to get around the device health annoyance.

I’ve had a zwave lock (Schlage) for a year or so, no issues, would buy it again.

Perhaps another question to ask would be what brand, since reliability often is tied to the manufacturer.

I would recommend Yale or Schlage locks in the US (for Europe there are other options). The are the most reliable over Z-Wave. Kwikset locks z-wave/zigbee modules tend to give trouble after a year or so.

If you want to compare features between locks see this:

So here’s little summary of a comparison the Locks and features. Note that specific features depend on the models of the locks (e.g. Yale YRD 240 vs Keyfree or Schlage BE469 vs FE599 etc), this is just a quick reference for Z-Wave locks from these manufacturers not specific to any region but on an overall perspective based on available features across models: [image]

Thanks for reply. Actually, I got Yale Conexis L1 with Z-wave module. but i still thinking the second door probably should be Danalock V3 ( zigbee / z-wave version or maybe homekit version) .

They are both great locks, you should check with folks using the Danalock V3 on the forum also

@cyberrage has experience with the lock and it’s ST integration

How could anyone not love a Danalock?