I know that there will need to be an API to do this but it looks like Hunter Fan is about to release two WiFi/Apple HomeKit Enabled fans and I’m curious to see if these result in the ability to incorporate this control into SmartThings.

It looks that they are going to be very expensive. I was thinking that a cheaper way to go would be to install a lighting control switch for the fan switch. You could then turn it on and off and schedule when it would run. You could not control the speed which is a minus. I also read that Big Ass fans is also coming out with one at $1000+ price range…wow.

For those in the US, there are two zwave wall switches (GE and Leviton) engineered for fan control which give low/medium/high speed options. They fit in a single gang box. I know at least one is on the official “works with smart things” compatibility list for the US. So that’s another option for some people.

As such I would either need to replace the fan or potentially get a retrofit module to automate the main room fan control.

Fixture manufacturers and others need to start stuffing z-wave modules in their as well. This is what sells hubs.

The fanlinc form factor is very cool, but is not compatible with smart things. That one is Only for Insteon.

I am going to wake this topic back up as the fans are now available.

I will mention to be careful of the Hunter fan retrofit kit. I and my roommate bought the kit and after careful inspection found out it uses some sort of proprietary communications to a Bluetooth plugin module.

I got one of these a couple weeks ago. Haven’t found the time to install it yet. Will be nice if there is a way to integrate beyond Siri at some point.

Great, keep us in the loop! Was looking at these today, not willing to take a $400 gamble if I can’t integrate it with ST.

What about our own genius of the WiFi @erocm1231 with his excellent work on Sonoff WiFi Switch and H801 RGBW WiFi Controller?

Eric is there a possibility of making one of these WiFi type integrated ceiling fan/light controller to be adapted to SmartThings through your software coding magic? 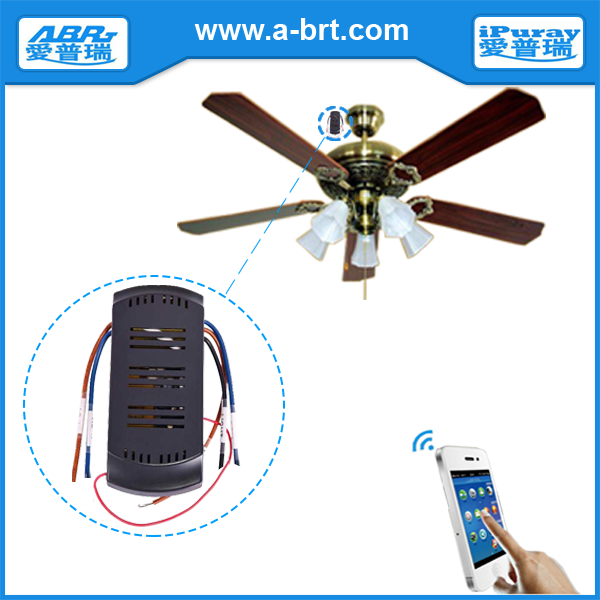 UPDATE: My current recommendation for full control of ceiling fans into SmartThings is this ZigBee device from Home Depot. Allows for 4-Speeds and Dimming Light control all in one small and relatively inexpensive combo controller with multiple options for using wireless remotes. Works with Alexa and Google Home via SmartThings.

I couldn’t wait any longer for Home Depot to release the Hampton Bay Universal Ceiling Fan/Light Premier Remote Control model#99432 that will sell for $49. And the bottom line is I am glad I didn’t, the SmartThing community finally has a working solution for a single combo device that easily fits under the fan cowl for both 4-speed fan control and light dimming control! Kudos to @ranga for his work on the custom device handler to make it possible for SmartThing users. Ordering Instead I ended up ordering the repair parts for $72 including shipping for the Home Decorators Collection Gardinier 52" LED Brushed Nickel Ceiling Fan that has a very similar controller that is also Wink enabled which @Ranga has an alpha version of the necessary custom device handler written and available for dow…

I’ve mentioned this elsewhere, but since this thread was opened I have become aware of yet another option for variable speed fan control, and this one does not require a neutral wire at the switchbox.

However, it will require a Harmony hub in the same room as the wall switch for the fan.

This is an older Lutron fan control device. Not the Lutron Caseta line which is supposed to be integrated with smartthings early this year.

Here’s how it works.

One) the Lutron control kit comes with three pieces:

A Lutron handheld remote which uses IR to control the Lutron wall switch.

So far, so good, but this has no integration with anything else.

Two) now for the magic. You can use a harmony hub instead of the Lutron handheld remote.

So now you have integration with anything that harmony can integrate with. That includes:

Alexa
IFTTT (as the “that” but not the “If”)
SmartThings

So there you have it: a no neutral wire required single gang wall switch that gives you fan and light automation control of a variable speed fan.

It’s not an elegant solution, and it’s expensive, but it will work with many different types of fans.

There is one more option that should work, but it is expensive and pretty clunky. You can get a Lutron maestro single gang device which can control both the fan and the light kit using IR. ($100) https://www.amazon.com/Lutron-MIR-LFQMT-WH-Maestro-Dimmer-Control/dp/B0017OAWQ0 The switch communicate to the fan controller via Lutron’s proprietary frequency, but the switch itself can be controlled with an IR remote. It comes with its own remote, but you can also use harmony with it. Once you have that set up, you can then use a harmony hub to control the Lutron light switch. ($100-$130 for the harmony depending on if you get it on a deal. Best Buy puts it on sale pretty often.) because IR is line of sight, the harmony will have to be in the same room as the Lutron switch. http://www.…

If it has an ESP8266 inside and a way to flash it, then it would be no problem.

I sent an inquiry out to the supplier to see if he could share some technical info or be willing to sell me two and not the 100 minimum. If so I’ll buy a couple and send you one

UPDATE: The manufacturer Shenzhen Asia Bright Industry Co. will be in Las Vegas, NV in a couple weeks (Jan30-Feb1) at the Convention Center for 2017 AHR Expo at Booth C863. I am going to see about sending someone over there to get more info and pictures for us of that device and maybe even pick one up if we are lucky?

OK, I was able to get a response directly from the device manufacturer out of China, is there any hope for flashing this for SmartThings use? It really has all the stuff we need from a form factor perspective like the Insteon so maybe they would share with you how to flash it?

Thanks for your feedback.

We don’t use the WiFi chip of ESP8266 on our WiFi product.

Should you have any question, please feel free to contact me.

Michael
Thanks and Best Regards,

Are they implying that the u171 & u172 DO have an esp8266 wifi chip? If so, and they have a way to flash them, then it is totally possible to get these going.

Sorry @erocm1231, they guy sending me info is sending me info on the incorrect product. It should have been the uCF281 I sent back the email to see if he can help with the right one.

@dalec & @erocm1231, it would be super cheap to design a controller from a wemos d1 mini and some relays, not quite sure how ceiling fans work as far as changing the speeds. I have access to a 3d printer so I can design an enclosure if someone else wants to develop the rest. 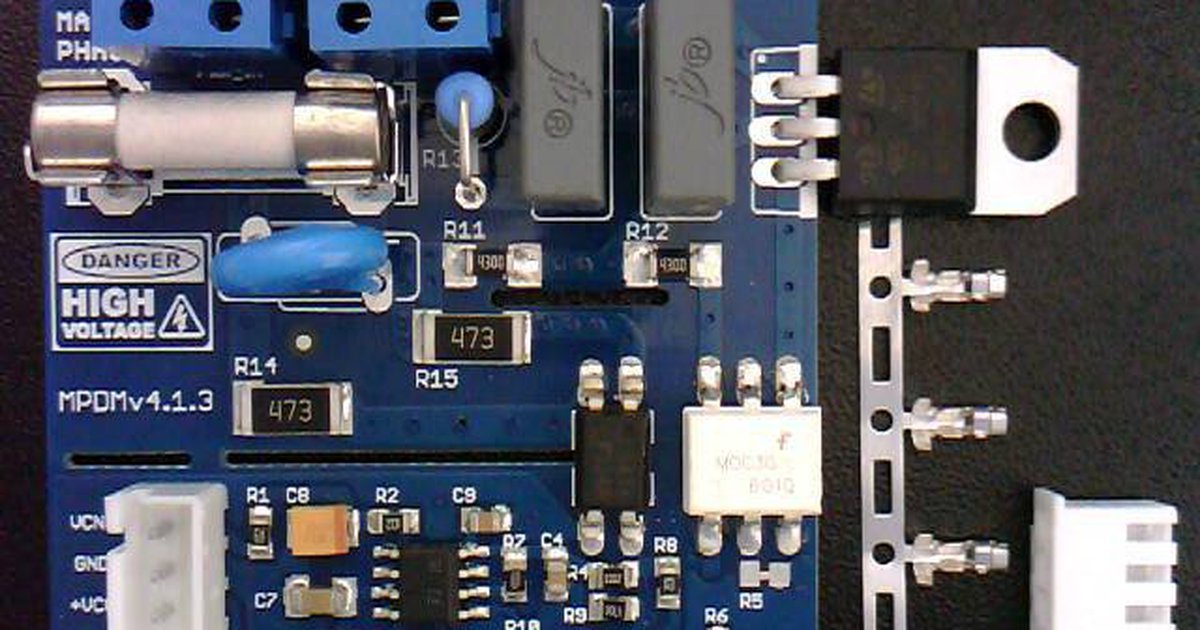 Never use a dimmer intended for lighting to control a variable speed motor, including a ceiling fan. The physics are different and you will likely burn out either the dimmer control or the fan motor itself.

Continuing the discussion from Fan Light Dimming - Aeon Labs Aeotec Z-Wave Micro Dimmer: Thanks for the shout. Yeah, basically you need to read the manufacturer's directions for the fan, and check that against the manufacturer's directions for the dim control. Rate controls For home use are usually either TRIAC or VFD (Variable frequency drive). A TRIAC controller varies only the voltage. This is what's typically used for a dimmer light because that's exactly how you make the light brighter, you give it more voltage. A VFD varies both the voltage and frequency. But more importantly in this context, is how the dimmer knows to turn itself on. The short answer is the dimmer switch itself, if it uses a TRIAC, is very sensitive to changes in the voltage, and basically it can get conf…