I would go with the Halo. I like the idea of having another ZigBee device in my mesh network. I would replace all my wired smoke detectors and extend my ZigBee network at the same time.

Damonhabir, thats the “Hack” I was referring to. Its not built in … you have to get a relay and then the window/door “closure sensor”

Whiles it’s not plug and play, there is no need to do addition coding cause all the coding has been done. There are instructions on to get it installed in the devicetype itself, just follow the bouncing ball

Halo is planning hardwired or battery options. I believe the reference to the 10 year battery is the backup battery for the hardwired system. The battery version will likely use AAs.

Halo doesn’t actually “have” anything yet except marketing. It’s all pre-release. No certifications.

Until you can order the product for two day delivery from Amazon, it’s all just marketing. As a consumer, you can’t know what will actually be delivered until it’s certified and ready to be delivered.

The short answer: Soon. Our production line is up and running. We will soon have all the necessary certifications to be called a smoke alarm, and talks with retail and distribution partners are continuing. We’re working hard to launch Halo as quickly as possible.

It may end up being a great product. It may end up only delivering 50% of what it promises. It may never come to market. There’s just no way to tell yet.

I like the idea of having another ZigBee device in my mesh network. I would replace all my wired smoke detectors and extend my ZigBee network at the same time.

Smoke detectors, whether they are zwave or zigbee, generally will not participate in relaying messages for other device classes. This is a safety feature so that they do not miss one of their primary alerts while they are passing along the message for some lightbulb somewhere. So so even though they are hardwired, they probably will not extend your zigbee home automation network.

I have a kidde remote Lync and already have a topic open asking for an integration which has received no response.

I have a kidde remote Lync and already have a topic open asking for an integration which has received no response.

You used to be able to mix smoke detectors in residential installs, but not for about 10 years. Detectors that use voice alerts don’t play well with other brands in the US.

That’s not really true. I was under the impression it was actually just open/close of contacts (it might not be) but a quick Google shows how it’s pretty common to mix and match vendors and not have any issue.

It isn’t until you get to fancier models with wireless capabilities and complex message sending where you run into issues.

EDIT: Just saw @JDRoberts post. Voice alerts is part of the more complex message sending I guess. You can still buy detectors without voice alerts though.

I actually have two Co/smoke voice and the rest or just smoke and all work just fine together.

As mentioned - I believe its more the wireless that do not work across models/vendors.

Any who - Nest could have done something - even a Kidde remote lync style feature would be great.

I have something like the RemoteLync, but it’s from Leeo. It listens for alarms and sends notifications. It also monitors temp, humidity, and functions as a nightlight like a Hue bulb (multicolor capable). When it sends the notification, it also sends a recorded audio clip so you know if its your smoke alarm or a separate carbon monoxide monitor.

The Leeo Smart Alert™ is the only plug-in device that lets you know if your existing smoke and carbon monoxide alarms go off when you're away from home.

For some complicated legal reasons in the US, I don’t believe an audio sensor monitor feature like the kidde remote lync has can be added to a combination smoke/CO detector in the US.

The reason for this is that the audio sensor Would have to be the primary function, or it wouldn’t hear the other smoke sensor alerts, and you’re not allowed to put anything ahead of the smoke sensor’s primary function. It’s a lot of complicated details.

I believe that both the remotelync and the Leeo would be triggered by a nest protect. The sound sensors are brand-independent because they are simply listening for the specific sound patterns mandated by US codes for all smoke sensors. They aren’t picking up on the voice alerts at all. Just the siren sound.

So you can already use the remotelync audio sensor with the nest protect.

RemoteLync communicates with most UL-listed smoke and CO alarms manufactured after 1999, which means you won’t have to install all-new alarms throughout your home.

Nest could manufacture their own version, I just think it would also have to be a standalone audio sensor, not a feature added to the nest protect, due to the code requirements for devices which are legally defined as smoke detectors.

If I’m wrong and there is something specific about the nest protect which means it isn’t recognized by the kidde remote lync, just let us know.

I forgot about this way to monitor smoke alarms: the Roost Smart Battery. 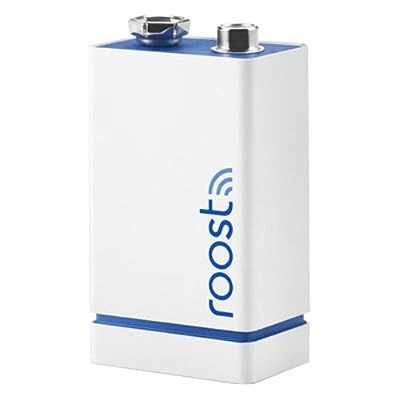 I have these on order. Any idea on integration with ST? Will it be possible? Seems like a great opportunity to retrofit smarthome into existing hardwired smoke detectors. Integration with ST would be a very compelling reason to purchase ST for those still sitting on the sidelines.

Will the Smart Battery be able to work with other IoT Smart/Connected Home...

We have a Roost channel on IFTTT that allows you to work with other IoT devices including Phillips Hue, Belkin WeMo switch, Ubi, Homeboy and more. Follow us on Facebook and Twitter or subscribe to ...