All new construction in America that I know of REQUIRES Hard Wired Smoke detectors (110VAC) not battery powered only. It would make sense to get one in the catalog. The addressable market is there and wanting this

Yes I know that there is a “hack” and you can put relays on the 3rd wire of the “Hard Wired” Smoke detectors and just have an “Alarm” trigger Smart Things , but it would be so much better and easier and more people would use for existing and future homes

The ‘Hack’ you’re referring to is an inexpensive and effective one. But I have had this conversation with @Ben in the context of allowing a contact closure sensor to be used for ‘smoke’ in the SHM and he was resistant at best (inexplicably), feeling the status quo of only allowing a device with dedicated ‘smoke’ capability to be used is sufficient.

I’ve got to think there is a huge liability in supporting non-dedicated functionality like this. If I was a part of a small company, I’d steer clear and if part of a big company it’d cost a lot. I don’t like that what I’m saying is true, it’s just what I observe. People take fire seriously and for good reason, and then add to that all the lawyers running about.

I’d suggest that the contact closure and custom device type would be the best way to handle this. Who is signing up to code it?

Brian, But they ALREADY support Smoke and CO Detectors !! (but just on wireless battery detectors)

Whats new ? People would just like a secondary remote alarming capability just like they have it today but for Hard Wired detectors

Plus they can put all sorts of disclaimers , like they do now .

You should tell Ben that a “allowing a device with dedicated ‘smoke’ capability to be used is sufficient.” would be great if they actually supported WIRED detectors too !

I’d pay whatever they charged, it doesn’t have to be dirt cheap – I just want to save the time and energy of having to “Kluge the Hack”

I can’t argue for them, I don’t really know what the issue is… I’m just guessing creating a device for something a person has to wire correctly is different than supporting a device that is certified to handle the situation directly. In one case they are passing along notifications and logging the event, and in the other they ARE the only notification and event.

All presumption, I have no data. I’m sure they prioritize devices based on potential, maybe there are already enough devices in this market. I for one purchased hard wired Nests (connected to ST just for logging and remote notification) to replace my hard wired alarms. Just the pre-warning of impending alarm was a HUGE win in my house. No more surprise alarms.

If this idea is that good, someone should kickstart it…

There is one other retrofit option that is just plug-and-play. Kidde makes an acoustic sensor that can listen for the specific alarm pattern which is mandated by law in the US for smoke detectors. That device isn’t a smoke detector itself, it’s just an acoustic sensor. It hears that specific sound pattern and sends a Wi-Fi notification. It’s sold at Home Depot for $99, occasionally on sale for $79.

Although the acoustic sensor doesn’t integrate directly with SmartThings, because it can send multiple texts, you can set it up to trigger smartthings events through the IFTTT channel at the same time that it notifies you.

It’s a pretty straightforward option that was designed to address the issue where people had existing nonnetworked hardwired smoke detectors, but they wanted to get notifications if the alarms went off when no one was home. 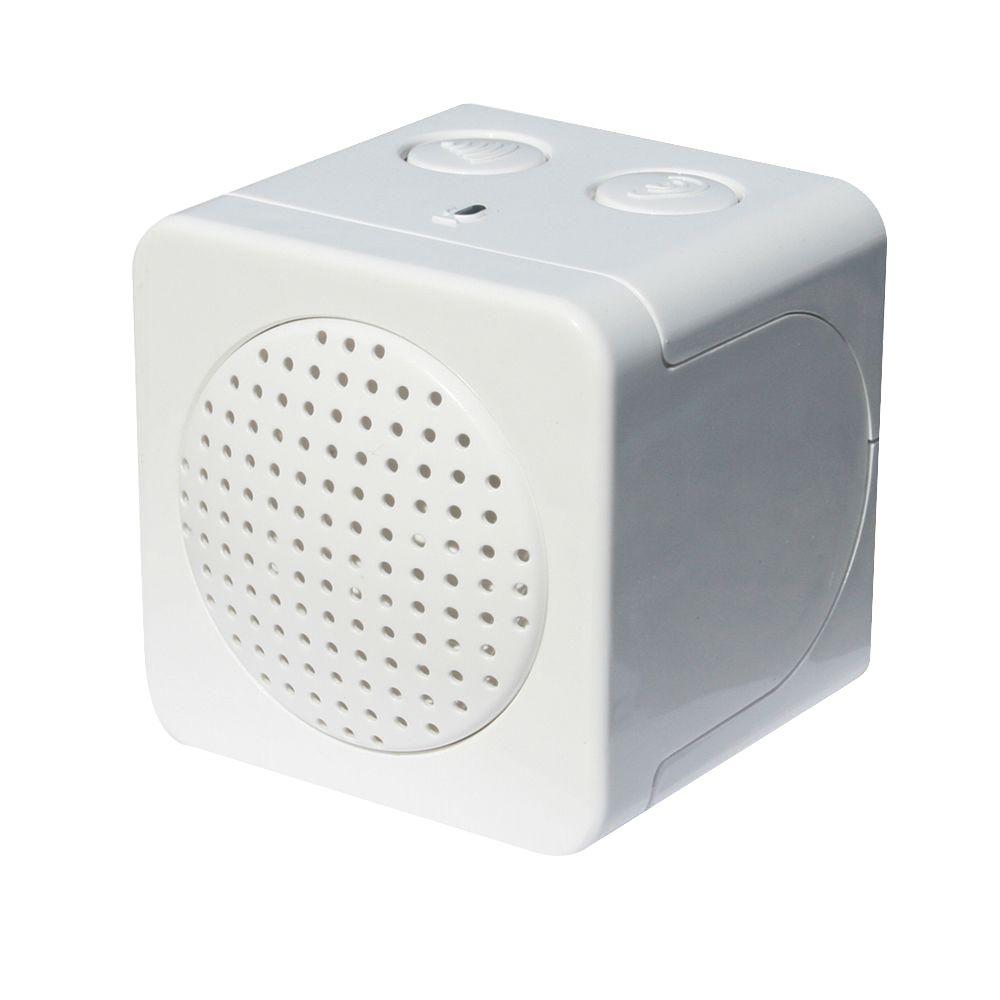 Keep an eye on your dwelling from afar by using this Kidde RemoteLync Home Monitoring Device. Ensures good quality and durability.

I have no idea if smoke alarms in the UK use the same acoustic pattern or if there are any similar devices there. But for the US, insurance companies and consumer reports seem to like this one. Consumer reviews are generally good except for people who put it on a Wi-Fi extension network. That’s not an uncommon issue for a device that has specific timing like this one.

Maybe ST will support the upcoming Halo Smartlabs detectors which are hardwired. It would be nice to have these supported which provide a lot more functionality than just smoke detection as they can detect heat and smolding fires as well as get wether alerts and emergency alerts. This type of device in SHM would be perfect. I know pipedream but I can always hope.

Yes … That would be GREAT

If I understand the request correctly, it has already been done.

Just getting started with my V2 hub, and new devices. First project is connecting my wired smoke alarms to ST. I have the BRK-RM4 relay, and I picked up a Monoprice door/window sensor to work with it. - I found the custom device type for the Monoprice Door/Window sensor here: https://github.com/tslagle13/smartthings-4/blob/master/devicetypes/mikemaxwell/monoprice-door-window-sensor.groovy It seems to work fine, but of course, it’s displayed as a door/window sensor. I would really like to get it to display smoke alarm type messages and be available in Damage/Danger section. The Connected Smoke Alarm device type that does these things was written for the Schlage door/window sensor and doesn’t work properly. it’s code is here, from @Dan999 https://github.com/dan06/Connected-Smoke-Alarm/blob…

Yes … Thats an option. Still not much different than just doing the “Relay Hack” above …

Yes … Thats an option. Still not much different than just doing the “Relay Hack” above …

Easier to install, though. And doesn’t change anything in the existing hardwired sensor net.

You do have another option, although it’s more expensive than the 3rd wire hack. The Nest Protect is a community supported device that can be battery operated or hardwired w/ battery backup and has been compatible with SmartThings for over 1 year. I do recommend my devicetype for this device because i have personally tested it and know it works well (yes i started a fire to test it

) and i have had issues with some of the other devicetypes on that thread.

I can also confirm it works with Nest protect V1 and V2. I also updated the devicetype, In my version I cleaned up the code, fixed “unknown” error on andriod devices, updated authentication, layout, and logging. Pollster is still required to get updates and i recommend polling every minuet. My fork is available here: https://github.com/sidjohn1/SmartThings-NestProtect

Halo (http://halosmartlabs.com) is working on detectors scheduled for release early next year that claim to have both wifi and Zigbee.

Which wired smoke detectors would you like to see supported?

I would go with the Halo. I like the idea of having another ZigBee device in my mesh network. I would replace all my wired smoke detectors and extend my ZigBee network at the same time.

Damonhabir, thats the “Hack” I was referring to. Its not built in … you have to get a relay and then the window/door “closure sensor”