Well done! Very cool to see this detail. Its kind of cool that ZigBee can figure all this out and self configure its self as you add new routers. Thanks for sharing!!

@JDRoberts Hi JD, would you happen to know if the UK version of the ST outlet would work as a ZigBee repeater for the US V2 hub?

I understand that all ST devices run on the same ZigBee frequency but I just wanted to confirm that the UK version of the outlet would work as a repeater the same way the US ST outlet would?

@JDRoberts Hi JD, would you happen to know if the UK version of the ST outlet would work as a ZigBee repeater for the US V2 hub?

I understand that all ST devices run on the same ZigBee frequency but I just wanted to confirm that the UK version of the outlet would work as a repeater the same way the US ST outlet would?

I would ask support to be sure, but as long as you can plug it in to mains power it should repeat fine. Both the US and the UK pocket socket use the zigbee home automation 1.2 profile. Of course the UK pocket socket would have to be joined to the network controlled by the US hub. A zigbee device can only belong to one network coordinator at a time.

Do you already have one, to be honest I’m not sure what style plug is on the back. Perhaps @aaron can get a picture of the back of that device.

Thanks for the response! I’ll double check with support.

Here’s a picture of the back. 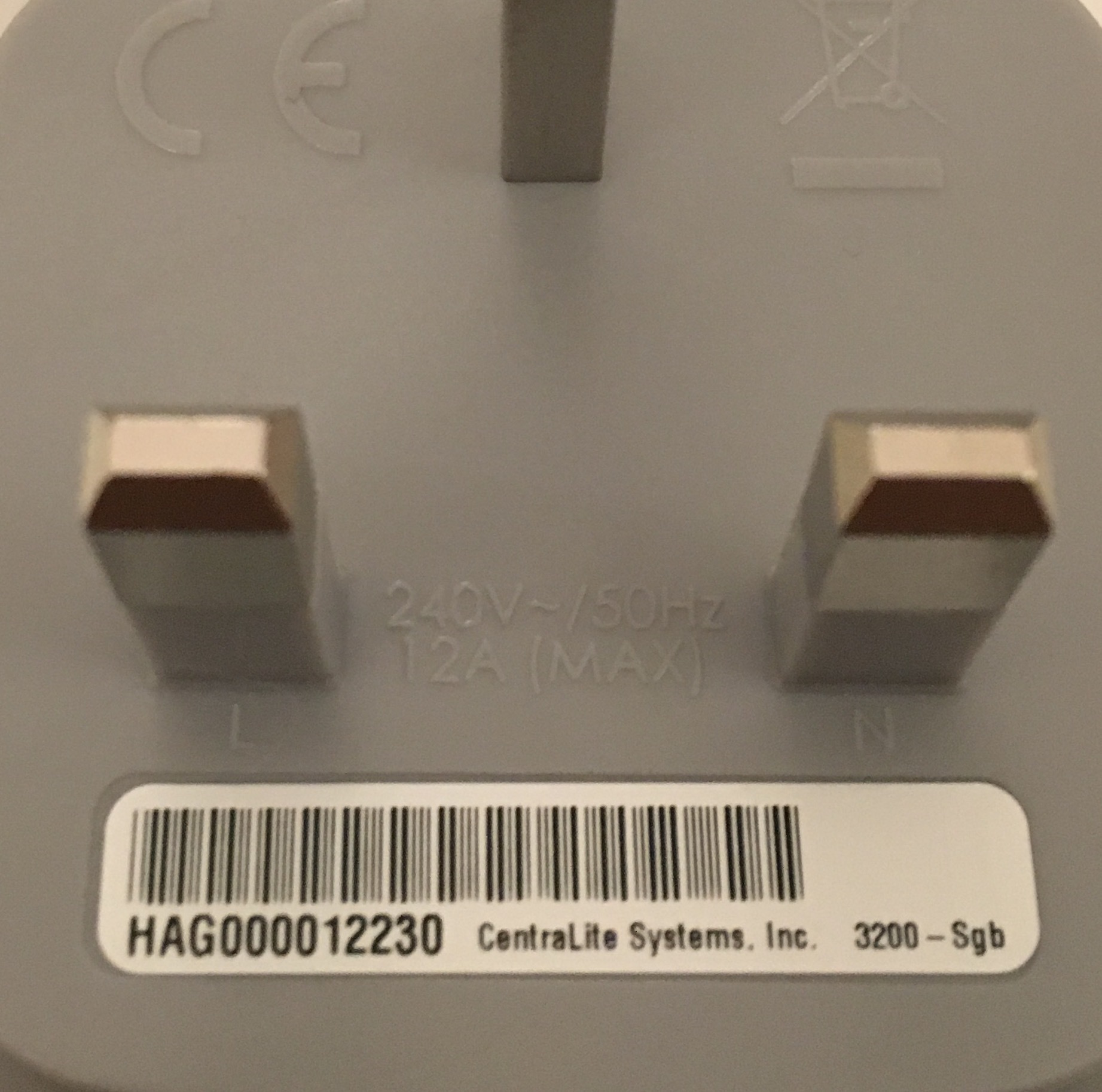 If I am understanding the question, a UK version of the SmartThings Outlet can work as a repeater for US versions of the sensors. It’s not a problem if you already have them, but in general, I do not recommend buying and bringing US sensors across the pond as it voids the warranty (and the typical US v EU wireless frequency regulations).

Support@smartthings.co.uk are some of the smartest and best looking agents in the country. Do not hesitate to reach out if you have additional questions

Hey @Aaron, thanks a lot for the feedback. I live in between a couple of different countries and trying to make use of my old US/Canadian V1 Hub. So far, it seems like the UK ST outlets are working very nicely with it.

I have an Osram lightify gateway I am not using . If I simply plug that into the wall will it act as a repeater for the lightify bulbs that currently are connected to smartthings?

I have an Osram lightify gateway I am not using . If I simply plug that into the wall will it act as a repeater for the lightify bulbs that currently are connected to smartthings?

The lightify gateway is a zigbee coordinator. So is the smartthings hub.

Most zigbee networks, including those established by both the lightify Gateway and the SmartThings hub, can only have one coordinator. (This is different than zwave which allows for one primary controller and additional secondary controllers.)

Each lightify bulb can be joined to either the SmartThings hub or the lightify gateway, but not both at the same time.

I’m still looking for a cheap reliable zigbee repeater. I currently have been using an Osram EU plug, which is not reliable.
I saw the Orvibo relay, anyone tried that as a repeater?

I have ordered one ‘ORVIBO ZigBee Hub Smart Home System Lighting Intelligent Control RGB Remote Control Relay’. I hope I can use this as a Zigbee repeater.

Let me get back to you once I got up running for a while.

Received the repeater? Any luck?

I tried the Xiaomi Plugs as a repeater, they’re a no go.

Confirmed! The Orvibo RGB relay works extending my Zigbee mesh - I have now no problems with Zigbee devices (farest away from ST hub) loosing their signal. So I am really happy

Stupid question: I have the V1 round Hue Hub, Is it possible to convert it to ZigBee repeater?

No, different type of Zigbee implementation.

Thanks @brumster . Though it is powered, I remember also that it is connected to ST via LAN.

More info here courtesy of the ever helpful @JDRoberts

Pretty much any Zigbee device which plugs in can be used as a repeater. The first generation smart things motion detector which plugged into USB power is popular for this but you can use anything the plug then. There are also “appliance modules” which are plug-in receptacles that act as repeaters and although these cost a little more, they may be usable as the device as well, so you get double use from them. These are mostly what I use. In early 2015, we thought that zigbee bulbs if connected directly to the smartthings hub would be able to use as ZHA repeaters, but many community members have reported that they just seem to be unreliable and this was later verified by smartthings engineering staff. They were part of the time, but some messages seem to get lost. So at this time, I couldn…

Can you tell me the model number of this device? Is it just joined to the ST hub like other Zigbee devices?

There’s a thread here where I contact Orvibo support and they confirm its a repeater.

Some good and bad news. Here’s the good news: [image] The not so good news: All of that said if you want a relatively inexpensive repeater this certainly looks like an option.

Cool deal. Thanks for the info! So I just pair this to my ST hub and leave it plugged in somewhere between the hub and Zigbee bulbs (Lightify) that struggle?