What do I call this and where do I get one? One button z-wave controller?

I am looking for something that is like a switch that doesn’t actually connect to any load, but when I push it I can get SmartThings to do something. Example:

My hallway light is on a z-wave switch. I want to put another switch in the bedroom that will signal to turn on the hallway light. Basically I am trying to make a 3-way switch without actually putting in the wiring. I expect it will need power and a neutral - not looking for just a remote control.

What is a good device choice for this, or what is the name of what I am looking for?

I’m using a Zooz switch to do that with the Smart Lighting app. Not sure what other switches may work without a load. http://www.thesmartesthouse.com/collections/light-switches/products/zooz-z-wave-on-off-toggle-switch-zen23

Could be a switch, could be a button controller, they can both do this.

Since the title of this thread is “one button controller”, There is a list of the buttons and remotes that work with smartthings, that would probably be helpful to people specifically looking for buttons. This includes both handheld and wallmount devices. ( this is a clickable link)

However, from the content of your post, I think you’re actually just looking for a wall switch to act as the auxiliary in a virtual three-way. So I’m going to put the answer to that in the next post.

With regard specifically to a virtual three-way, that’s a very common way to do three way switches in SmartThings. In fact, there are some Devices specifically designed for this.

One of the most popular is from linear/go control. Both the auxiliary switch and the master switch are Z wave devices. Both are mains-powered, and both require a neutral wire. But the auxiliary doesn’t attach to the load at all. So it can be placed anywhere you want. One of the Reasons for the popularity is that the auxiliary is less expensive than a typical load control switch. 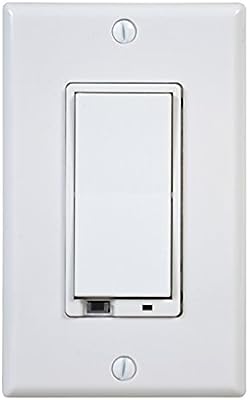 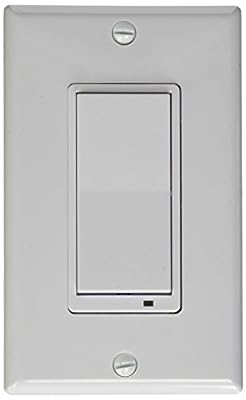 As far as the name of what you’re looking for, it’s just an auxiliary switch for a virtual three-way.

As @Jason_Brown mentioned, you can do this with many different switches. In a smartthings set up, you can have any switch follow another switch for basic on/off. The trick is to get dimming to work properly. For that you either need to associate the switches as in the FAQ for the go control devices, or you need to use a special smart app like Dim and Dimmer.

The main thing to know is that any auxiliary which communicates to its master through physical traveler wire can’t be used in a virtual three-way. But as long as the auxiliary is recognized by smart things as an independent dimmer, you can probably set it up.

( I feel like I’m not being very clear today, so I hope that wasn’t confusing.)

All your information was perfect, this is the kind of thing I was looking to find. The market feels flooded with switches (when you take into account all the kinds and functions) and I was just looking for something I could wire into a box wherever and control something on another circuit. The Accessory switch is exactly what I was looking for.

I picked up some that required using a traveler, but it was not clear in the description that was how they worked. I think this is probably part of the problem, they need some very clear name - like GoControl there seems like a clear name. I bought the GE Add-on Paddle that I tried to use. It would seem like you should just be able to wire it anywhere and then sense the button press - but at least as far as the instructions provided - it required a traveler to one of their other devices.

Thanks for all the information.

Right, the GE/Jasco models use the physical traveler wire and the add on switches don’t even have have a zwave radio so they can’t be used without their own master. And they have to be physically wired to it.

The gocontrol accessory switch is also popular for people who want a wall switch to control smart bulbs (through SmartThings) without actually cutting the current to them. So there are quite a few people in the community who use them without the matching master.