Forgive the long post but looking for some options and clarity on what might work for me:

Currently have a “dumb” basic ADT alarm which we stopped paying for the monitoring for so is now just an interior siren. It also stopped working the other day because the sim in it expired and now they need to send an engineer out to reset it to standalone for which they want to charge me £180 so frankly i am happy to bin this.

This got me thinking that it would be better to have some kind of smart alarm the amount it is going to cost me to get the ADT alarm sorted gets me a long way to some kind of smart system. I already have multiple Echos around the house, plus a few Eufy smart bulbs, a couple of WiFi plugs and a Nest thermostat.

My thinking is to start with i need 2 door sensors and some kind of siren. We have a large (25kg) dog so most motion sensors i have seen wouldnt work but open to suggestions on those… some kind of camera would be beneficial but maybe to add on later, plus we have a baby on the way so more sensors on cupboard doors etc… sound good but not needed yet.

I am not overly worried about having a monitored alarm, especially if i am getting notifications to my phone, either though app push notification or SMS etc… Also internet connection fairly stable so not too worried about sim back up, not being able to use the system with no internet…

So all that said, having done some research i am quite liking the idea of using SmartThings. My main motivation is notifications to my phone, remote access and expandability/ futureproofing.

I have noted the issues around when internet goes down you cannot arm/ disarm the system.

I guess my questions are:

Any guidance, recommendations etc… you can give would be greatfully received

Available solutions vary by country. are you in the UK?

SmartThings is not fit for purpose as a security system unless you get one of the models specifically designed for that use. The other models are all cloud-based. There is no way, none, to change the armed status unless the SmartThings cloud is available. So, yes, you could come home and not be able to change the system to disarm. Very annoying.

There are other issues as well, including the fact that with the newest version of the app they have changed their security design philosophy and there is no longer any way, none, to disarm the system except by manually doing it in the app. Specifically, you can no longer do it based on Geopresence even though you could in the previous versions of the app.

FAQ: Why can’t I use Geopresence or an Automation to set the alarm state in the new (V3) app? (also applies to unlocking smart locks)

In the US, the security model is a joint product with ADT, but it looks like that one is being discontinued and it’s hard to recommend at this time.

In the UK, the security model is a joint product with Vodafone and is fairly new. Haven’t heard too much about that one, but it does have monthly subscriptions which not everyone likes.

Fill your house with smart home devices. Pick up a home security kit, keep track with a smart home camera and control everything with a home automation kit!

Yes in the UK. Ideally looking to avoid a monthly cost if possible and definately want to avoid Vodafone at all costs (many bad experiences with them).

Having mulled it over thinking about just going down the smart camera route and not bothering with an actual alarm as such as think that satisfies my core requirements of initial deterent and notifications of potential miscreants lurking where they shouldnt be, although still open to the ST idea to some degree if there is a decent solution to be had.

Out of interest, what is the benefit of using ST for managing home automation, over Alexa or IFTTT?

Out of interest, what is the benefit of using ST for managing home automation, over Alexa or IFTTT?

( The topic title is a clickable link)

Having mulled it over thinking about just going down the smart camera route and not bothering with an actual alarm as such as think that satisfies my core requirements of initial deterent and notifications of potential miscreants lurking where they shouldnt be, although still open to the ST idea to some degree if there is a decent solution to be had.

Sounds like a good route. You might start out by looking at ring and then when the the ring alarm becomes available in the UK it’s an excellent starter security system. But that piece isn’t available outside of the US yet.

Other low-cost security systems to consider in the UK that are generally very highly rated include simplisafe and Yale smart living. 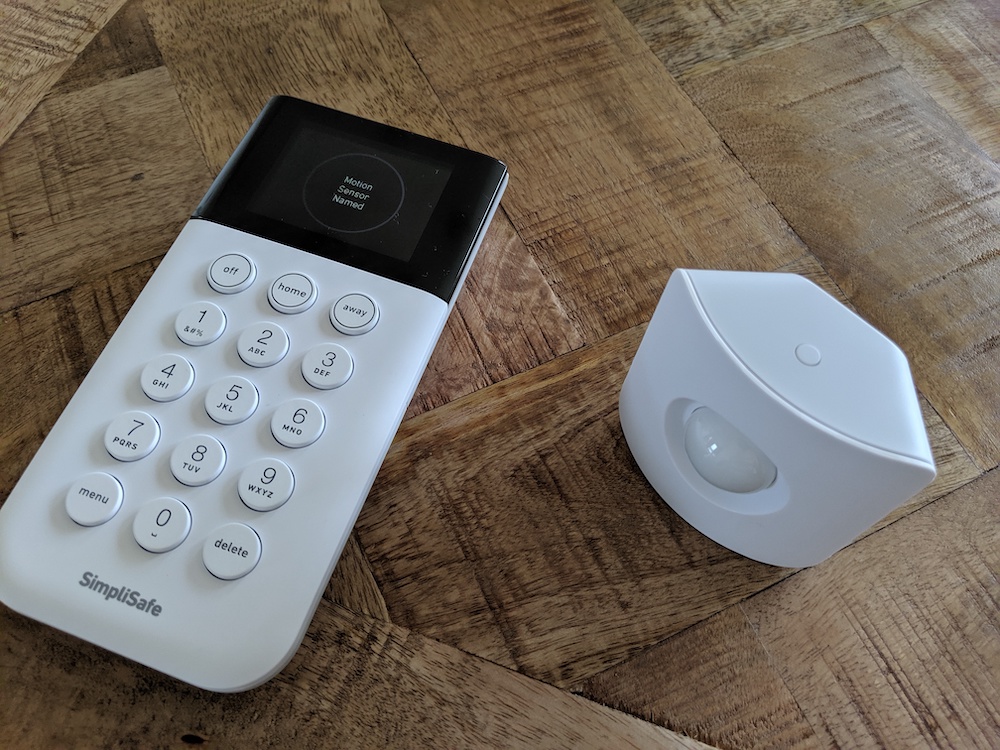 SimpliSafe Review: The Best Security Solution For Most Brits

SimpliSafe is now available in the UK, but can its DIY home security system compete with a professionally installed solution?

. Yale also doesn’t really integrate with anything else, but has more device options and is very popular. 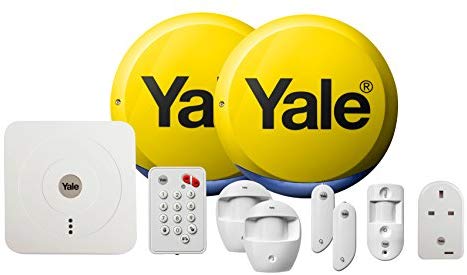 But if you can wait for the ring system, I would. It’s just an excellent value. And you can go ahead and get the cameras now.

Have you looked at Konnected to re use your old contacts and sensors if you have them? Then for reliability maybe look at HE?

I did look at the Konnected system but my current ADT system is wireless so dont think that works from what i understand?

Thanks for this. Yes been looking at the Ring doorbells and the flood lights. My only slight niggle with them is that they only record small clips and you have to pay for any storage.
Also looked at the Netgear Arlo systems

im in uk, v2 hub using classic app
i have a yale smart alarm system intergrated with smarthtings - arm/disarm using mobile presance (also has its own keypad for manual disarming)
mobile pressance is set quite (1/2 mile circle) wide so that my phone has time to update location and disarm before i arive
i have 4 cameras intergredted to take images based on contact/motion events, 2 dlink and 2 very old tenvis modles.
i get push notifications
load of sockets and light switches running on automations.
action tiles control pannel showing camera feeds
The if down question, i have a key pad for the yale alarm/siron. it pretends to be a switch, so turns on and off with pressance fine
if the internet is down any smartthings trigering wont work anyway (or limited local device actions)

I have just started looking at the Yale smart alarm system. Thinking that paired with the Yale cameras would cover all my bases for now and allow me to expand using ST etc… in the future

i have looked into yale cameras in smartthings, so not sure on the work it intergrate them

@Andy_Green
In general the UK alarm system market sucks and is very primitive and totally against integrating with other systems.

At best some might allow connecting Z-Wave products to the alarm system but only directly not via another smart home system. They generally will only connect to their own proprietary smoke, leak, motion sensors and cameras.

The DSC PowerSeries is no insurance approved because it it is not encrypted - hence the Envisalink module being possible so practically no Alarm resellers offer it in the UK but I did find one company that does. A lot people will still have old PowerSeries systems from installations done in the past. Unlike the Konnected module the Envisalink module does support both wireless sensors and wired sensors. Some of these sensors are specifically described as pet friendly. DSC do have a newer system the Neo which is encrypted and more likely to be insurance approved but this cannot be used with the Envisalink module.

The DSC systems unlike all but one other system I have seen in the UK has the option of a touch screen LCD panel to control it instead of a primitive keypad like all the others. (LCD touch screens are a lot more common in the US as exemplified by the Smartthings ADT panel for example.)

Even so called smart alarm systems like Simplisafe, Ring and Verisure all still use a bog standard numeric keypad as their main user interface. (Yuck!) Verisure like the overwhelming majority of UK systems do not support any integration with other systems.

Via these forums I did recently discover another system called Comfort from a company called Cytech. See - http://www.cytech.biz/ This seems to be an alarm system which supports integration with various smart home systems, their user forums have more useful information. Bizarrely their website does not list any information about the alarm side i.e. sensors etc. They do have a UK office and resellers so it might be worth speaking to them. The do have an advanced LCD touch screen panel.

Personally I am still considering getting a DSC PowerSeries and Envisalink module which as mentioned supports a mixture of wired and wireless sensors and yes I am also based in the UK.

As a final note most wireless systems and so called smart alarm systems only support an indoor siren, this includes Ring etc. Again the DSC PowerSeries being a traditional panel can use a traditional wired outdoor siren.