Hi, I am very new to home automation and i am looking at purchasing smart things but i am struggling to find any lighting that works in the uk without spending an additional £150.00 on an other unit

Thanks in advance
Nathan

Each bridge can handle Up to 50 bulbs. 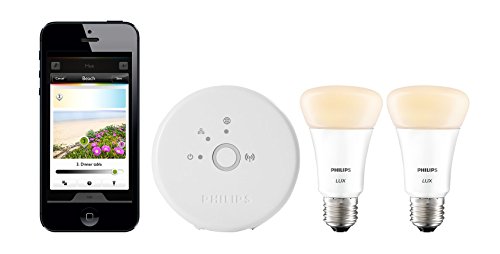 The starter kit comes with three hue bulbs and a bridge. Hue bulbs fit into your existing sockets. Just screw them in and turn the light on at the wall switch. Simple. Power up your bridge. Connect it ...

Beginning in December, the new Hue white line of bulbs should be available in the UK. They are priced at about £20 each and are about 25% brighter than the Lux model. That’s a nice bulb, and the cost of the bridge then gets factored over the number of bulbs you have.

If you also want HomeKit compatibility, you have to get the generation two of the bridge (the square one), which is a bit more expensive, at £50 for the bridge alone. But again lower than previous pricing. 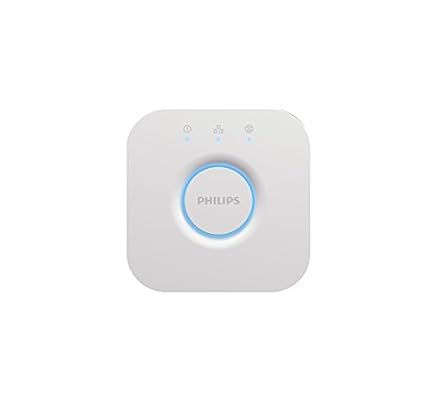 Continuing the discussion from IFTTT not working (OAuth issues for UK servers): Thanks. Still will not work for me. I get the network id, setup a new device in IDE which adds and says it is active but in ST app there’s a ? over the device and the settings do not do anything.

I am with JD. Nothing compares to Phillips hue. TCP, LIFX or all those stuff. There has been tons of improvements on ST side but any changes in ST land makes me nervous @juano2310 did a great job. Biggest benefit is their native app and third party apps work, Alexa works (v2 is being worked upon), Harmony works, HomeKit works with v2 and tons of options not limited to ST. Costs a little more but worth it…and above all it is the sexiest product.

The Osram Lightify range works directly with ST (no hub required). They are also really well priced on Amazon imo (http://www.amazon.co.uk/OSRAM-Edison-Screw-Lightify-RGB/dp/B00JDJC2LO/ref=sr_1_1?ie=UTF8&qid=1446691450&sr=8-1&keywords=lightify). There was also an offer recently that got 4 bulbs for the price of 3. I have 7 of these bulbs in the house already as well as the garden spotlight kit and love them. They are true RGB colour + White light (the white element you can also ‘tune’ to be very cold/white 6000k or warm/yellow 2500k from within the device) and look great.

Hi all, First post here… I thought I’d share customised code for these excellent bulbs which are around £20 on Amazon at the moment, the standard ZigBee Hue Bulb device type works fine, but for smooth dimmer transition whilst retaining RGBW colour capability the following code will allow you to control both. I did try using the RGBW Flex code, but found the colour selector stopped working. If anyone can improve on the code (e.g. enable smooth colour transitions, and smooth on/off) that would be great

**EDIT 18-10-15 - @Sticks18’s code found here supports all the features of the OSRAM bulb such as smooth on/off, colour selection and dim transition (the code below will be left for archival purposes: ChangeLog: 16-10-15 18:32 - Included smooth brightness transitions and colou…

Osram just released a new line of zigbee light bulbs called Lightify. Temperature tunable white only. About $30 each. Here’s the kicker: the Hue bridge won’t pair with them, with or without ST. So either they’re not ZLL certified and don’t know the secret handshake (in which case ST might become able to pair even if Hue bridge can’t) or they’re using the no color temperature tunable device type instead of the no color dimmable device type. (ZLL has a lot of different bulb device classes. ) Or both of the above are true. Anyway, I wouldn’t expect them to work with ST yet, but if someone knows different, let us know. @tyler , is ST supporting all ZLL device classes, or just some? CNET has a detailed comparison with other brands.

Thank you for that great response

LIFX is great! No need for a hub. Much better than the hue!

) then try try TCP Connected, I am currently using 12 of the TCP Connected bulbs with no issues at all. They are priced @ £70 for a starter kit (hub and 2 bulbs) and £15 per extra bulb from Homebase. They are standard 60w size and 810 lumens. They are also currently buy one get second half price there.

It is cloud to cloud but the delay isn’t excessive (c. 1.5 seconds)

Another vote for the Osram Lightify! They’re zigbee so connects directly to ST without a hub, and also functions as extenders for other zigbee devices. Like @adgwill said, well priced and features both multicolour and tunable white light for around 20 quid each bulb.

Yep +1 for the Osrams - good value and ease of integration.

There are GU10s and garden lights and led strips in the range as well,
Actually thinkng of selling my Hues because of this.

Does the strip work with ST? And I assume it too doesn’t require the hub?

I dont have the strip but have the gardenspot kit and can confirm that does works great without the hub. They are using standard zigbee within the lightify range so you should be good to go with the strip.

Thanks. I cannot work out if it needs a separate plug or something or if that is included in the box.

So (and i am still waiting to hear back from Osram on my garden spots before adding a mini review of them here)… my gardenspots came with a IP rated power brick (as expected for outdoor use)… the big kicker here being that they supplied it with an EU 2 pin plug…faaaar from ideal. I want to let Osram / the retailer purchased from to have reasonable opportunity to address this before forming an opinion (as they may rectify the situation somehow)… even the retailer i picked my spots up from was very surprised at this. It may be that the strip comes with the same ‘issue’ which would be a shame. Perhaps drop a note to their support team via the Osram website and check up front if a UK specific version exists. Im pretty sure its illegal to sell goods in the uk without a 3 pin but like i have already said, i am waiting for them to get back to me on it.

I have mostly Philips Hue and Hue Lux bulbs connected directly to ST hub. I did buy one Belkin WeMo bulb to try becuase I needed a bayonet bulb and the only bayonet Philips bulb is the 50£ one at the moment.

The Belkin bulb paired easily without a Belkin hub… But the light isn’t nearly as nice as the Hue Lux. I find it to be a much cooler temps than the Lux. Don’t think I’ll buy another one…

I am really fussy about colour of white so good to know @peter.major I too was tempted to pick up a couple to drop into Bayonet fittings but will avoid and just stick to adapters with the lightify bulbs for now. For reference as the Lightify bulb is tuneable white you can switch from incredibly cold / white light (6500k) to a very natural 2700k ‘traditional’ warm light and even through to 2000k ‘too warm’ (for my taste anyway) light! Not my image but may be useful for some not familiar with white lighting temperatures

The Osram Lightify is a Very nice bulb especially if you get the one where the colour temperature is adjustable. (That means it can change from cool white to warm white, but doesn’t do other colours.)

You don’t need the Osram gateway to run it from SmartThings unless they put out a firmware update that you want, which right now SmartThings can’t do for those bulbs. I know the SmartThings staff have said in the forums that future hub upgrades might include the ability to do that kind of over the air firmware update. But who knows when?

As a former network engineer, the question of whether these bulbs are repeaters drives me crazy. Several US community members who have network mapping equipment have verified that the ones now sold in the US -are ZHA repeaters When connected directly to the SmartThings hub. However, other members who are just judging by the practical results that they see have said they don’t appear to be repeating.

We do know that at one point the ZIGBEE profiles used for the US and the EU were different for these bulbs, with the ones sold in the US being the ZHA and the ones in the EU being the ZLL. Supposedly there was later a firmware change that affected the ability of some lots to take on the ZHA profile.

So another possibility is that it literally depends on which lot a particular bulb came from.

A couple of people got the same email letter from customer support at Osram which said that “the engineer said they will repeat for the network they’re on” but that doesn’t actually mean anything because ZLL bulbs commonly form their own mini network so the answer could be construed either way, that they would repeat for ZHA or that they would not.

It used to be that the Hues, even the white – only Lux models, were at least 25% higher in cost than the Osram or other options. So the Osram lightify competed with the Hues on cost and the more inexpensive bulbs on quality and features, like being color-tunable.

However, it looks like the new “Hue white” line are both brighter than the Lux (which are being discontinued) and will cost about half as much! That would make them less expensive than the Osram Lightify when the Lightify are not on the “buy three, get one free” sale.

Of course we don’t know if Osram is going to change their own pricing once the new hues are available to purchase in the UK in December. We’ll just have to see.

I googled the color temperature of the WeMo, just to confirm my anecdotal evaluation.

While the Lux is indeed warmer, the WeMo claimed temperature is 3k.

Maybe my eyes are just to used to the warmer Lux.

WeMo LEDs are finally here, and they're a very solid smart lighting option.

@johnr does a lot with Zigbee, he may have a suggestion for home use. I’ve never really looked into them because I had access to a professional suite.