Is it me or are the device icons in the list views on iOS really really tiny ?

Yeah, I know it’s picky compared to multi-user support, but they seem very small and not vertically centered on the text. I think something got lost in translation from the mockups on the web site currently 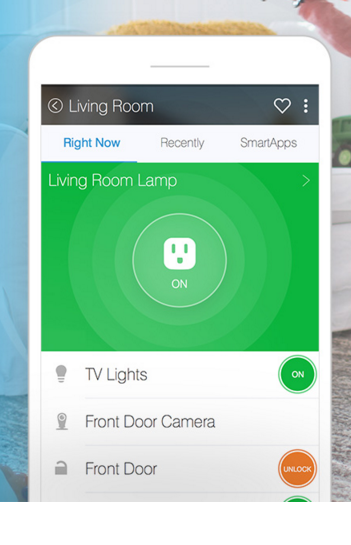 Is it me or are the device icons in the list views on iOS really really tiny ?

And here we are complaining that they are huge and waste of real estate.

I am iOS user as well.

Funny… I wasn’t around for the first version. Huge though? I can see that on the routines screen. Would be nice if that was a 12 panel grid. But on the device lists they seem very small with lots of whitespace. (noticeably smaller than that ad above) Like they are now, they are hardly useful/identifiable I think. Maybe bigger on the device lists but optional.

But really, I’ll live with any of this if I could just add my wife to the account properly.

Curious, account sharing is live, what are you experiencing?

Woah! When did that go live?!

I was following some threads and one mentioned an app update being required. I know what I’ll be doing during the game… Thanks!

Yeah, I hate this new layout.
Much harder to click on, and I have to move the phone around to read the temperatures from the thermostats.

What is infuriating is the home page has a locks and doors button that leads to a page with the old layout, but there’s no way to add anything to it.