This would be really great (Automagic)

I’m new to SmartThings and HA in general but so far I am really enjoying the experience. I do however find myself always wanting just a little bit more from the SmartApps as they never quite do what I require - everyones requirements are unique right?! I understand I could always use a rules engine but I think this is more complicated than it needs to be.

On Android I use an app called Automagic and it’s incredible for creating routines to automate something. You visually create workflows, adding triggers, actions and conditions, that can automate just about anything you need. You can even visually watch it run through your workflow step by step to aid in debugging. For me adding this functionality to the SmartThings app would make SmartThings a killer product. Maybe SmartThings could even just buy the app from the developer and integrate it ;o). What do you think? 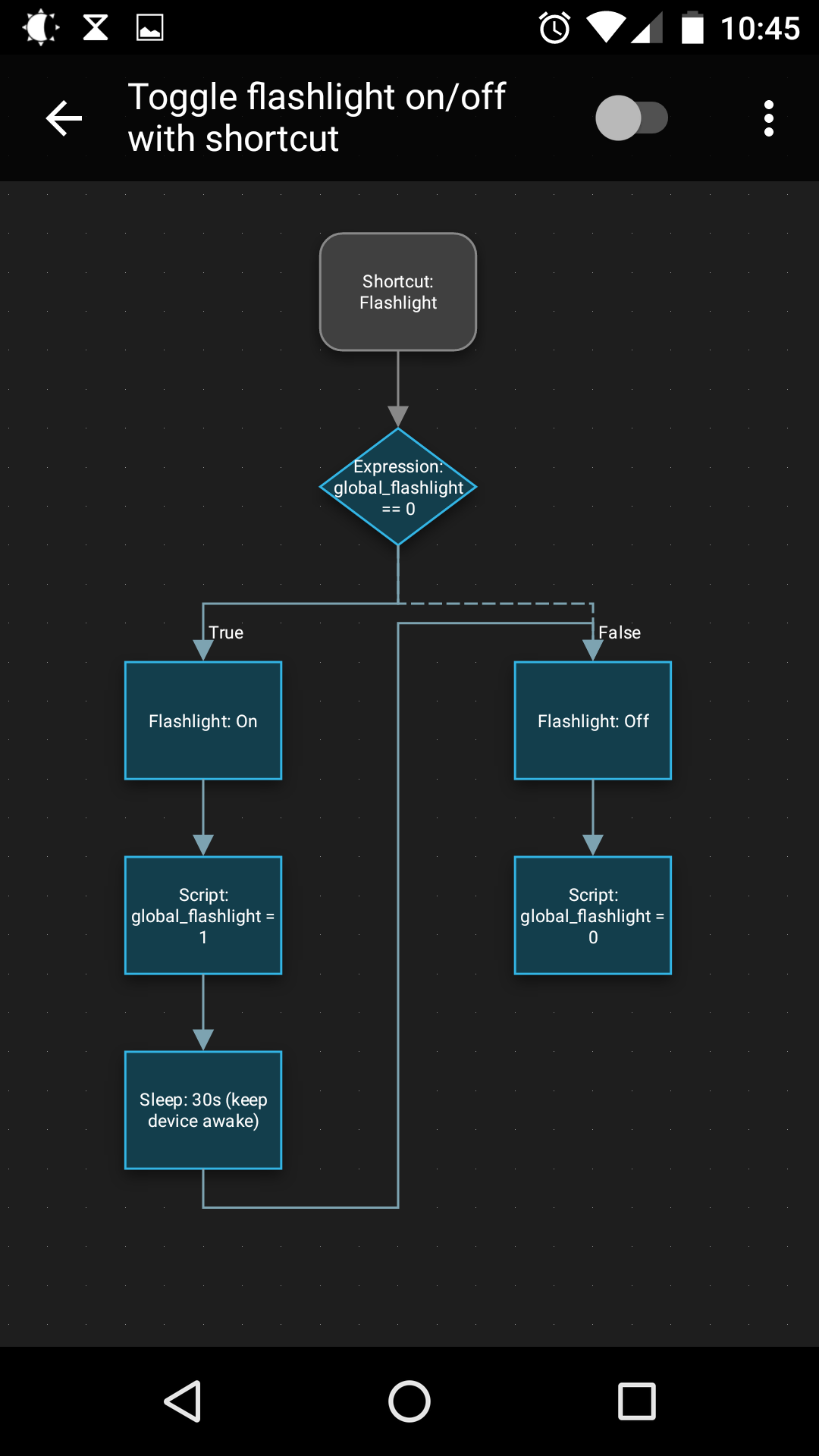 For me adding this functionality to the SmartThings app would make SmartThings a killer product. Maybe SmartThings could even just buy the app from the developer and integrate it ;o). What do you think?

SmartThings has shown zero interest in adding a rule-builder (graphic, or otherwise) to their product.

Meanwhile, there are Community developed options:

This would be too perfect… I guess it could be done in 3rd party. No offence to CoRE but I’m defiantly a visual person so this would be much more intuitive.

I know this is an old post, but I’ve just joined the community here and I’m starting to play with integrating Automagic (which I’ve used for years) with SmartThings (which I’ve only been using for about a month). If you use @joshua_lyon’s SharpTools, you can control SmartThings stuff from Automagic. I’m currently working on using Automagic for a geofencing solution (see this thread), but I threw together a proof-of-concept flow that turns on one light, and sets another to a certain dim level:

You have to have the things you want to control authorized in SharpTools for them to show up in Automagic, but once that’s done the Automagic piece is pretty simple.

Thanks for sharing, Scott! You’re doing a service to the future people who find this thread via Google!

PS. Hello people of the future.