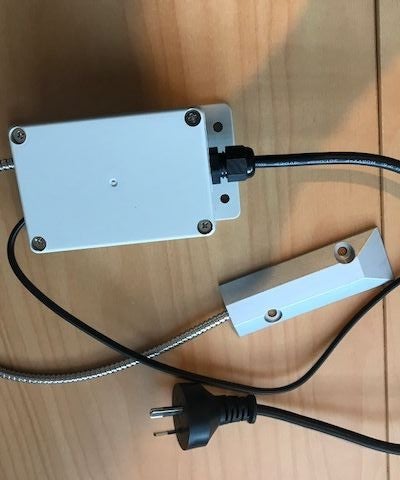 Sorry, i have no idea.

One quick workaround I’ve found is to first flash with Tasmota, then use its web interface to update the firmware to Eric Maycock (@erom1231) version located here https://github.com/erocm123/SmartThingsPublic/tree/master/devicetypes/erocm123/sonoff-ifan02-wifi-controller.src

Like others have said, when you flash with @erom1231 firmware it doesn’t provide the wifi access point to join. If I flash with tasmota first then use tasmota to update firmware and then use @erom1231 firmware, when it reboots I see the ap finally. No need to push and buttons, just wait a few minutes after the first tasmota flash to see the Sonoff gateway. Also be sure to powercycle after flashing

Also using the cp2102, and a new touchbar mac I didn’t require external usb power. The usb c and the ftdi provided plenty.

Hello Sir could you send me tutorial for do that, i want my sonoff bridge can integrating with smarthing app, thank you

I sugest going a different road. Use matter and home assistant integration to Smarthings

Thank you Sir for your Advice

Is this no longer working or outdated . I have 15 tasmota sonoffs setup( all models) in smarthings for over a year ago all working great. I tried to setup a new sonoff touch 3way last week and it does not spawn any dependents in the app . Only the parent device shows up.

Well, do you have a driver that supports the creation of Children? I don’t believe this will support that as this driver is for a basic.

I found it he update his device handler 28 days ago for tasmota 7.0 but used the same name so when i looked at updates in repo it didnt find it. Up dated manualy and all is good.

This file has been truncated. show original
1 Like
next page →
© 2020 SmartThings, Inc. All Rights Reserved.