I’m slowly converting everything in my house from X10 to ST-compatible devices. The last holdout is the X10 UM506 Universal Module that I’ve been using for years to turn my fireplace on and off: 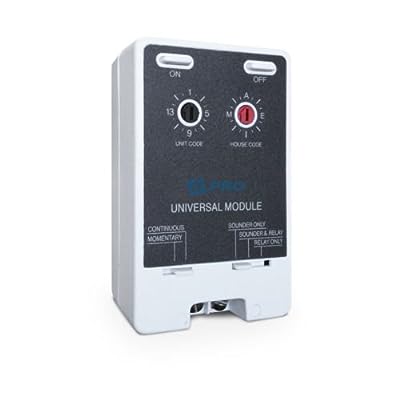 Use this module control low voltage devices such as sprinkler systems, drapery controls, garage door openers, and yard lighting. It can be set for momentary or sustained contact closure, and has a bui ...

It receives an X10 signal over the power lines, and a relay closes a dry contact switch. It can also be operated manually with on/off buttons on the top. It is supremely handy, and relatively cheap.

So I’m asking the experts in this forum - have you ever seen an equivalent? I’ve seen all the various z-wave relays, but they cost twice as much and don’t have buttons on them for manual operation.

Any ideas? Thanks in advance…

Thanks @anon36505037! Yes, the power to the gas valve is a separate switch from the igniter. So they both have to be on for it to light. No worries.

I will look at the Fibaro unit. Thanks!