Well that’s a bummer… but I can’t say as I’m too surprised. $99 is pretty dang cheap… much cheaper than even the early bird kickstarter backers were getting.

Well, they have incorporated many improvements with the latest update with UBI, it only makes sense that they have increased the price.

@Dianoga I just recently bought a Play1, and have the 5.1 beta controller (Android app).
But my Play 1 componet version is still 5.0.
How do I configure it for fully wireless Sonos use (I do not see anything under Settings in the controller).

The very first option in the Sonos controller (in the part where you pick your music) should be “Update Now”. After you do that, go to Settings->Advanced Settings->Wireless Setup and you should be ready to go.

Has you seen the new light with speaker called LightFreq on kickstarter? 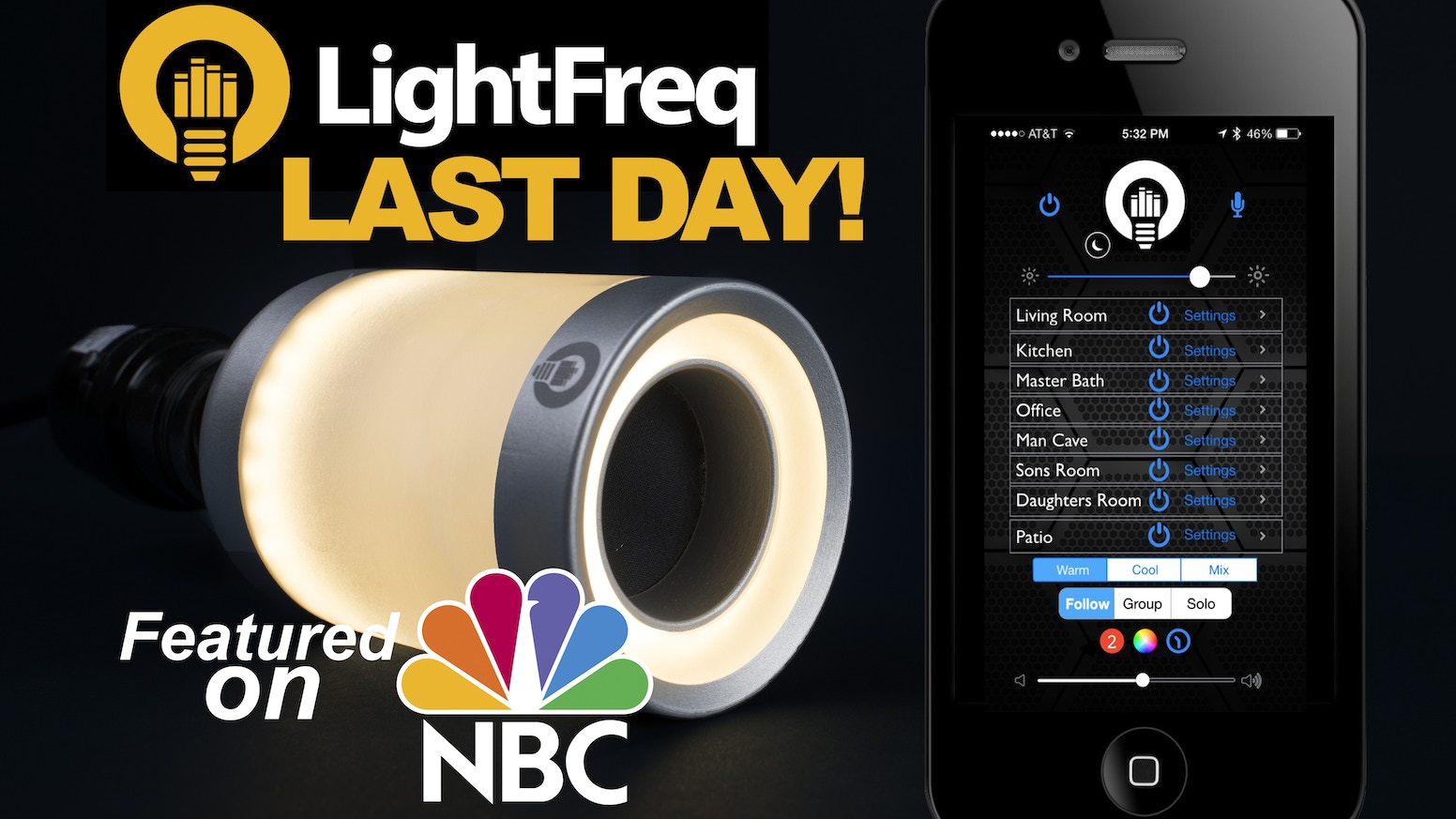 @Dianoga Thanks! Was trying it in OSX, but the advanced setting option was missing. Switched to Windows, and all is well now. Many thanks.

Currently no support for ST, not sure if ST will be working with these. While it is certainly interesting, It will only get my dollar if it will work with ST right now.

Is it me hallucinating or what? Check out Sonos web site and the product prices this holiday season? They jumped like crazy crazy compared to other sellers like BB, Amazon etc.

199, 299, 399, same as always? Except now they are giving gift cards back, which i guess is better than nothing if you are going to buy more down the road.

To be honest, I noticed Consumer Reports recommended Sonos and I never investigated others. Since then a user hacked together an interface and SmartThings added an integration in their Labs (Beta). I haven’t seen other speakers “embraced” as much by the SmartThings community, though we all complain about the cost of Sonos.

I have release an generic Media Renderer device type to use some cheap DLNA speakers. If you dont want to buy a Sonos maybe this can hel you

Is it possible to use a speaker connected to smartthings as an intercom? For instance to tell the kids to come upstairs.

Is it possible to use a speaker connected to smartthings as an intercom? For instance to tell the kids to come upstairs.

WIth a bit of effort you could write a SmartApp and the voice synthesis feature to vocalise a written message.

However, something like this (doesn’t use SmartThings) is probably closer to what you’re thinking and much easier: 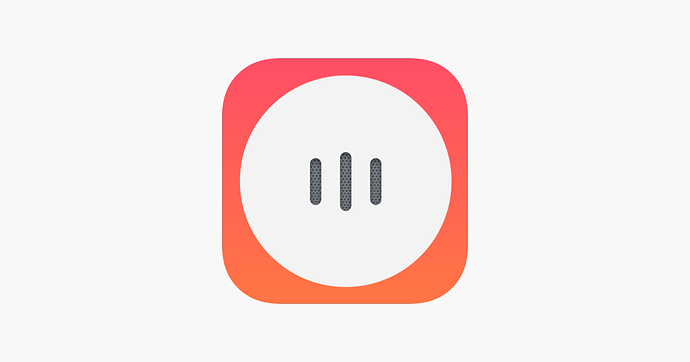 ‎Voice Intercom for Sonos is a REAL TIME intercom app for your Sonos sound system. Speak into your iPhone's microphone and hear your voice broadcast to your Sonos system in real time! - Professionally designed user interface. - Current music will...

What did you end up with? Still looking for a cheap announcement speaker. Sonos worked but SO much since I’m only using it for announcements. Bose doesn’t do TTS and the Samsung speaker’s delay is too long (at least 5 seconds)

I think the cheapest way most have gotten around announcement is with Landroid and an old phone or tablet with a external speaker .

Android as a Speech/Alarm Device released! And Updated! Devices & Integrations

Well… released on Google Play and on the website. SmartThings hasn’t approved the device handler or SmartApp yet. But… Do you want an easy way to announce events - with speech or with chimes and alarms? Do you want to have such announcements handy while you’re not home - e.g. a chime when the front door opens on your cell phone? Does buying a Sonos system or dedicating a computer to VLC Thing seem like overkill to get sounds out of SmartThings? Then perhaps LANnouncer (formerly LANdroid) is the solution. LANnouncer enables SmartThings to talk on Android devices running Lollipop or higher, via LAN (local network) or via SMS. See the LANnouncer web page for more information and to download the groovy driver (for now, until SmartThings approves the publish), plus LANnouncer on the Goog…

Amazing! Bravo Sir! You have just given everyone the ability here to use devices that many of us commonly own to get Text To Speech notifications or alarms all around our house, without buying expensive Sonos speakers! For some who dont know: DLNA is the protocol that many of already have in our Android cell phones, Android Tablets, SmartTVs, Media Players, Blu-Ray, Xbox and Playstation game consoles, Raspberry Pi or Amazon Fire TV with XBMC or Kodi, Talking of millions already have DLNA. I believe the new Pure Jongo devices people were talking about on have it too. I wonder what other more affordable network speakers will work out of the box with this? Yeah thats right, its Saturday night and new code came out lol! EDIT: So Media Render is a type of DLNA speak, so NOT all devices have i…

In the Devices forum, I’ve announced the LANdroid beta. It won’t let you announce events with your 2gig system, but any Android device (a tablet on the LAN or a phone using SMS) can do voice announcements, chimes, etc. It requires LANdroid SmartThings device driver, Remote LANdroid SmartApp if you want SMS rather than LAN alerts, the TTSService (an android service I wrote to enable the functionality), and a speech-to-events SmartApp like Big Talker. All are free; the first three are part of “LANdroid.” Hope this helps.

I use LANnouncer on a cheap Android device running 5.0 (you can purchase as little as $20 at Walmart). For bigger sound, you can connect to speakers via Bluetooth. It does everything you request along with a SmartApp called Big Talker.

After wrestling with my Sonos system being far from dependable as a voice for my ST, I decided to try use a very cheap Android tablet, Tasker and Sharptools. Sonos was good, but inconsistent in actually playing the custom phrases or resuming any music it may have disrupted. Custom phrases seem to have their beginning and end lopped off, if you adjust the volume for the message. So, after a year I finally gave up. I have a mesh of ST devices, with IFTTT acting as a more reliable bridge between my Belkin Wemo devices and ST, SimpleRuleBuilder to build more complex rules for my ST environment, Virtual On/Off tiles to record conditional states, but finally, I have that voice that is reliable. I bought a cheap Android 5.1 tablet for $50, installed Tasker and Sharptools. Sharptools gives me t…

Ok. Off to look for an Android tablet. Any suggestions of a good model? Wonder if I could also use this as a station to set alarms, turn off lights, etc.

There is always the Kindle fire.
Thread on setting it to run SmartTiles, and Tasker. Installing google

Nice. I have a first generation (or close) Fire that I’ll give a whirl.