The suspense is making me break out in hives! quick release Action Tiles so I don’t have to bathe in calamine lotion… Ok I am being over dramatic, but looking forward to it. (Action Tiles, not calamine lotion) 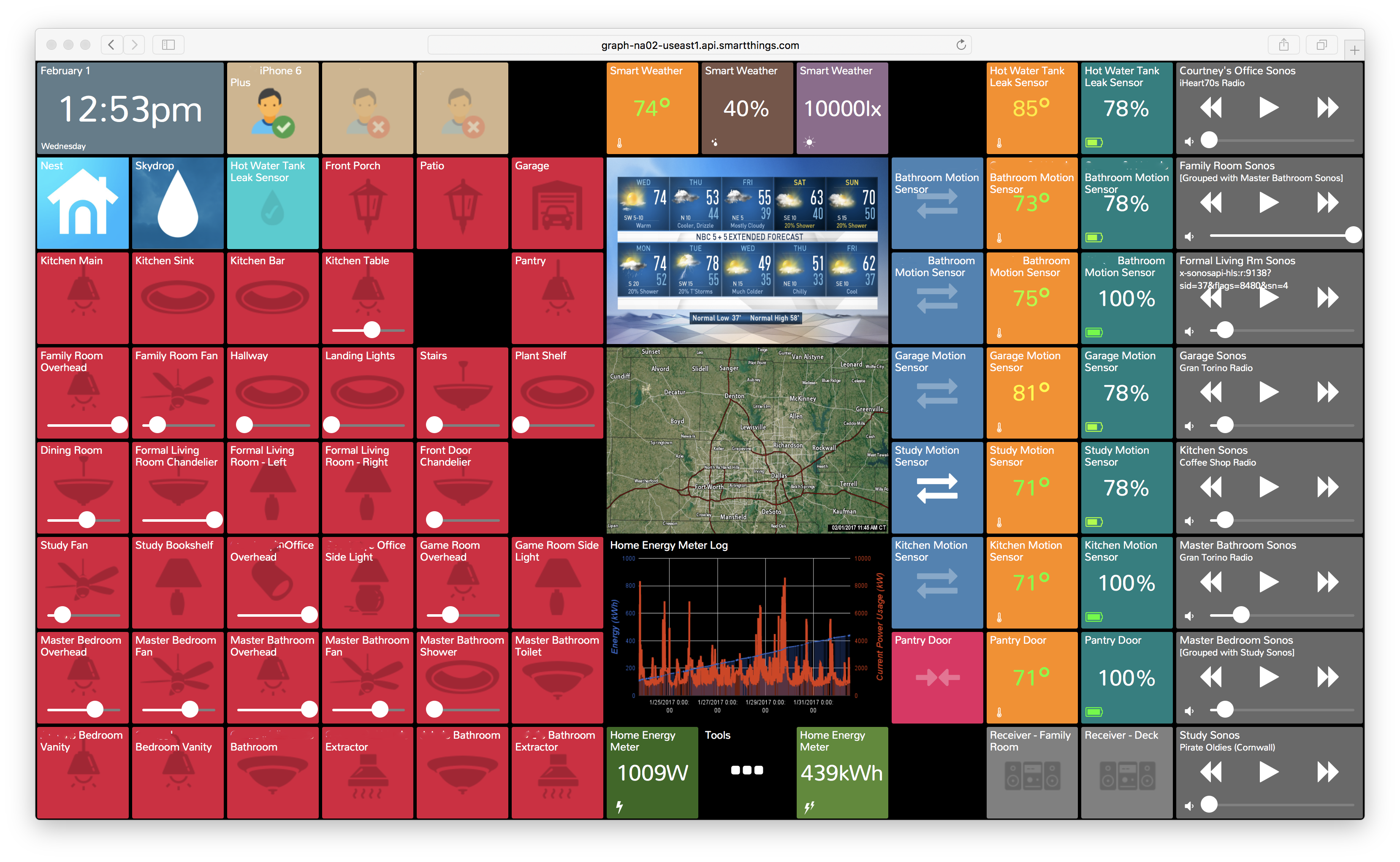 So… its just a shameless

, but hopefully you’ll enjoy the sneak peeks of the ActionTiles web-app.

Generously produced by one of our hard working

Beta testers. (The Beta is closed to new participants … because we’re really close to announcing release date and introductory pricing).

Super appreciate your support, patience, liking, following, subscribing and sharing! Thanks everyone!

There are a couple Google Sheet data logging smart apps (GoogleSheetsLogging and SimpleEventLogger) and I just wanted to share a way to get a chart from a Google Sheet that could be used in SmartTiles or potentially a DH in the SmartThings App. The trick is to publish the chart as an image; from that, you have a URL that can be used anywhere you can reference an image on the internet. 1-set up your preferred logging smart app 2-insert chart from button bar, set up a chart as you like. Note: make sure to include the last row of the sheet in data ranges and this will allow the chart to refresh the new data added by your smart app. 3-(optional)from chart pulldown, select ‘move to own sheet’ (now the chart will have its own tab) 4-click publish, under link, change interactive pulldown to…

What is going to happen to smarttiles when actiontiles goes online?

What is going to happen to smarttiles when actiontiles goes online?

We hope we can offer folks sufficient time to convert to ActionTiles or other alternatives. Regardless, for various reasons, SmartTiles’s days on earth are “numbered”.

(Cue “Circle of Life” here, or some other appropriate song about the inevitability of death…).

Hey, I didn’t eat the mousse!

Will ActionTiles be able to display static photos from Blink cameras as per the proof of concept conducted with @RBoy’s Blink device handler?

Nice. Is this SmartTiles? I like the Meter Graph!

However, I much prefer the more simple format. Even this is information overload as I had to take out about 30 devices that I do not need to monitor.

Nice. Is this SmartTiles? I like the Meter Graph!

Yes, it’s SmartTiles customized using CSS. I’ve tried the various themes and like several of them. Mine was more practice for me in CSS as it’s been a while since I did anything with it. All throwaway though when ActionTiles eventually comes out.

I have seen some examples of SmartTiles dashboards that appear to include other websites as a tile. I assume that is done in CSS.

Will something equivalent (perhaps without having to write CSS) be available in Action Tiles?

Will something equivalent (perhaps without having to write CSS) be available in Action Tiles?

We have an existing Feature Request that we are definitely interested in pursuing.

Don’t bother with your own definition, just Google it

grace·ful·ly
ˈɡrāsfəlē/
adverb
in an attractively elegant way.
"the boat glides gracefully through the water"
in a respectful and dignified way.
“I will gracefully bow out of the discussion”

Sounds like a good way to characterize our plan… I hope we don’t have any ungraceful stumbles.

Thanks, I will look forward to it.

I like your set up with the different colors and icons. how did you get the map and weather forecast working? and are you using your own custom CCS for the icons?

Any updates on the release of Action Tiles?

I like your set up with the different colors and icons. how did you get the map and weather forecast working? and are you using your own custom CCS for the icons?

And yes, I’m using custom CSS. There’s a lot of info in the link above.