I currently use ISY as my Zwave hub. I like ISY, especially for its superb customer support. However, ISY is not good yet at multi-channel and Scenes. Questions :
Can I program or set a Scene with Smartthings to work with Nest?
Does Smartthings work with IFTTT ?
Is Smartthings compatible with Google Home ?
Are there downsides to Smartthings ?

There are downsides to every low-cost home automation system. And upsides as well. 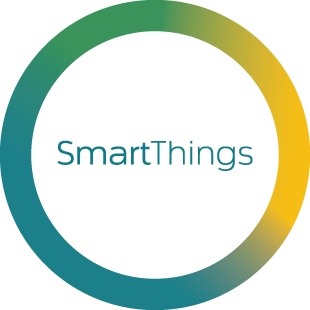 Smartthings is a very flexible, powerful system with a very active developer community. However, it also has some problems with reliability. The company is very aware of these, and has made improving the platform stability their top priority, but they’re not there yet. Pretty much every platform update breaks something at least for a little while. And you cannot refuse or delay these updates.

When SmartThings works as intended, it is absolutely my favorite low cost home automation system. But for the last year, my MFOP (maintenance free operating period) with it has never been more than nine days. I would expect an MFOP in this category at this price point to be at least six months. So for my needs, they have a way to go yet. I would note however that most of the maintenance it requires is Fiddly little stuff, like resetting a device, and there is often a workaround available. So there are many people who are willing to do that level of maintenance in order to get the flexibility that SmartThings provides.

Also you need to know going in that SmartThings is a cloud-based platform. At the present time, the only thing they can run locally is the official smart lights feature and A few parts of smart home monitor. The mobile app cannot talk to the hub unless the cloud is available, even if they are both on the same local network. (Technically it would be possible, but it’s not the way smartthings is designed.) consequently, if the SmartThings cloud is unavailable, there isn’t even a way to arm or disarm the smart home monitor.

One of the best features of SmartThings is the ability for customers to add custom smart apps or device type handlers, whether written by themselves or by someone else. However, at the present time nothing that is custom can run locally. That won’t matter to some people, but it matters a lot to others, so again just something to be aware of.

Not that I WANT to leave ST as I love the fact that we have access to the IDE and some seriously advanced features; but the reliability of the system and inconsistent nature of it (works one day, doesn’t the next, etc.) is just too much… especially since I have it implemented at my house to use fully, not just as a toy/hobby. Since Wink is dead or dying out; is there anything else out there that is comparable to ST but actually works? I know this is probably not the best place to post something like this however I love what ST in theory should do… just tired of waiting endlessly for what seems to be a one man support show to fix. It’s sad that Samsung doesn’t fund their dev/support better because it’s clearly VERY lacking and I’m sure that poor guy or poor guys are just completely swamp…

Thank you so much. I think that I will stay with ISY for the time being.
Though integration with Nest and IFTT requires complicated (beyond my savyness) network module configuration and though multi-channel and Scenes are not there yet, ISY is very reliable, runs locally, and it has superb customer support.
I guess that ZWave is still in infancy and it will get better over time.

Zwave is in its fifth generation, and would be considered a mature networking protocol at this point.

Z wave itself is reliable and works particularly well for light switches. It doesn’t get interference from Wi-Fi, and the central scene concept introduced about a year and a half ago is a big improvement over the previous scene management.

If you only want Z wave devices, there are a number of good controllers you can choose.

One of the biggest issues that Z wave runs into in whole house set ups is that it is limited to a maximum of 232 devices per network, and to be honest anything over 150 can be difficult to maintain.

This is one of the primary reasons why Phillips and other smartbulb manufacturers instead chose zigbee for their networking protocol. A zigbee network can support thousands of devices, and doesn’t have the same scaling issue that zwave does. However, it is susceptible to being drowned out by Wi-Fi.

Zigbee has another advantage over zwave in that although the range of an individual device is shorter, roughly 13 m versus around 50 for Z wave plus, zigbee allows for more hops per message, up to 30 across the total network, while Z wave is limited to a maximum of four.

So again if you have a lot of devices, or you want to cover an entire apartment building or hospital complex, zigbee just scales up better than zwave does.

Most expensive high-end home automation systems like control 4 use zigbee.

Both protocols are good, both have pluses and minuses, both are evolving but stable and mature.

The only thing that’s new is the desire for a very low cost DIY home automation system that can handle multiple protocols as well as some cloud services.

SmartThings was one of the first to market with a hub that could handle both Zwave and zigbee for under $300, but now there are several competitors.

The instability doesn’t come from Z wave. It comes from the cloud. But the cloud is what lets you mix and match zwave, zigbee Home automation, nest, Phillips hue, Alexa, Wemo, IFTTT, etc. so lots of versatility, but at the cost of some reliability. That’s the big challenge that the companies in this market sector are working on now. And smartthings has taken on the biggest Challenge in trying to not only allow for many different devices, but also to allow customers to upload custom code to the cloud.

It’s not an easy target to hit, but that’s the area where we should expect to see improvement over the next year or so. The Z wave piece itself is solid. It’s the interconnectedness of it all where there is still work to be done.

Thanks so much JDRoberts… Your posts are very helpful.
Yesterday I upgraded my ISY controller with the Portal/Network modules so that I can add IFTTT and actually creating IFTTT programs on the ISY is easier than I thought it would be. I have not gotten yet to create a IFTTT channel for Nest and actually I have not found any useful IFTTT channel at all. My HA is limited to about 40 Zwave light and fan devices. When I finish changing all light switches and fans to Zwave, I don’t think that my home will exceed 60 devices, so that will not be a capacity problem. I also have 5 Foscam cameras, Sonos and now also a Google Home. My BMW has IFTTT triggers that I can link to my HA, but how useful is it really for a light to switch on when I get close to home? However, the BMW IFTTT triggers are otherwise useful but not really for Home Automation. Whenever I park, the car will send me an email with a very exact map of where I left my car. Very useful in large shopping mall parkings !
The cloud-related reliability is what makes me hesitate about SmartThings as ISY is very stable. I know that some people use both ISY and SmartThings controllers together, but I have not yet figured out how to set this up.
Thanks again for your feedback.

If you have google home, you may find its IFTTT channel/service very nice, because it lets you extend voice control to anything else that also has a channel/service.

Indeed. Earlier today I was able to set IFTTT channels to control lights and fans with Google Home.Very impressive.