SmartThings and an Aquarium.....lets see if the reliability is enough!

Do you keep live plants?

What other kind of plants would you keep?

What other kind of plants would you keep?

Plastic ones…I’m guilty of that. I used to keep live plants but to keep them growing the lighting needs to be on 8 to 9 hours per day. and I couldn’t keep on top of the algea and cleaning. I had every type of algea eater inc yomato shrimps but it was too much to keep on top of TBH so last time I spent a small fortune on a full set of plastic plants… Not the cheapo obvious plastic ones, but the looks like real and sways in tank as made from fine plastic

I guess that’s better than dead plants… which is where my mind was going for the opposite of live plants.
I forgot about plastic!

I think you mean “Betta”.

…I’ll see myself out.

Hello all As some of you know ive been planning to get this idea rolled into the community for a while and ive finally found the time to do so . . . As many of you will know the average Aquarium keeper spends a fortune creating and maintaining there setup . . . that is a lot of financial investment to have wiped out by a quick ammonia spike or issue with the aquarium . . . The team over at Seneye (www.seneye.com) have come up with a genius bit of kit to help monitor this, it even includes email & text notification and a nice app for mobile use . . . HOWEVERRRRRR Wouldn't it be great to integrate that into SmartThings and be able to automate devices/things in response to the SenEye's data . . . i believe they want the same thing as they have created a nice API for there system …

SENYE has an API and is a great bit of kit on its own . . . worth looking into if you have any coding knowledge or know someone who does or someone on here who would help you could come up with some cool integration that would help the whole community. i gave up before i started as i got rid of my jellyfish aquarium.

@AutomateEverything I saw the Seneye, stupid implementation IMHO USB and windows only…and if you want to remove the need for Windows PC attached then they will spot you £150 for a Wifi Bridge… total rip off. I dont know if i could be bothered trying to figure out what command the Windows App sends to try and get a raspeberry pi to do the same (i have seen the USB bridging with Rasp Pi, but still need a dedicated always on PC)

if i was going down that route, i would think it would be easier and cheaper to build your own using GPIO on Raspberry PI, and then for the same price could get a Nitrate Ion-Selective Electrode to monitor for nitrates rather than the method seneye do which requires consumables. if i was going to go the effort to reverse engineer the seneye wifi bridge, i may aswell plumb the money down on my own custom type.

£250 to monitor an aquarium isnt much when you consider how much ££££ you will have invested in a proper marine aquarium (thousands to tens of) . . . i thought it was a reasonable bit of kit, but obviously no good for monitoring a bowl aquarium. all relative.

I agree but i just don’t like the method to detect nitrates, you then need to buy consumables from the company etc… this is a project that’s crying out for a RPI or Particle Photon to do the same at a fraction of the cost that’s all i’m saying, especially if i need to go to the time and effort of coding the ST integration. and for that price could get a proper nitrate sensor that is not dependent on consumables, but that is only my opinion

Quick update… i have been having numerous Z-Wave issues over the last week or so, i am happy though and so are my fish, non have died so far, although ST has missed my non ST fail-safes kicked in and saved the fish getting a chilling or heating.

on the plus side my heater has only been on very sporadically, my central heating heats the tank fine and the fish are happy. but if it was just an ST solution my fish would be dead by now…

Glad the fish are OK! I assume you’ve seen this?

Thanks for this. I’ve now got a scheduler monitoring app named “Don’t Kill The Fish” running to give support some feedback. This way I can keep restarting my important apps but still have something that can be an acceptable SSDS casualty. =) It displays your image if everything is ok and switches to this if it’s not: [image]

Not sure if this is the place for this question but…
Has anyone seen a Z-Wave aquarium fish feeder?
I have a mechanical one that I use when I’m away but was wondering is people have automated fish tank feeding and if so, with what.
Thanks.

You could definitely automate one with a Rasberry Pi or something similar. However…

Another option might even be LittleBits. They have an IFTTT channel and an automated pet feeder. 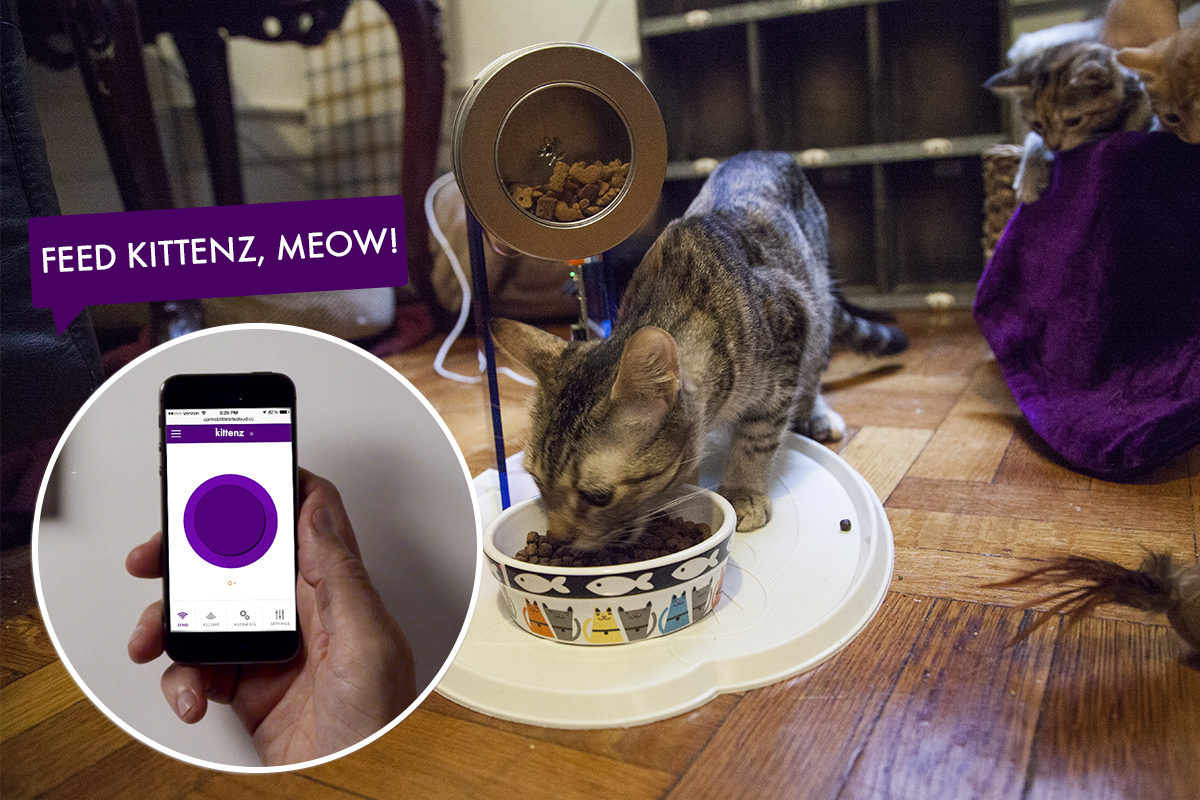 When away, make sure your pet [fish, cat, dog] never goes hungry with this WiFi-activated feeder/treat dispenser. You can either feed your pet remotely by pressing the button in

This wouldn’t be z-wave or directly connected to SmartThings, but for something like feeding fish, it should definitely suffice. You can go through ST and use something like CoRE to trigger a virtual switch on at a certain day and time. That virtual switch coming on could be the IFTTT Trigger and feeding the pet via LittleBits could be the IFTTT Action.

Thanks Brian.
Something to look into.

I like littlebits a lot for kids to teach them about electronics, and sometimes they can be used for practical projects as well, but be aware that if you want to use the IFT TT channel you have to buy a $60 “cloud bit” for each device that you want to have connect to the Internet. So while the individual sensors are often quite inexpensive, adding 60 bucks to each one device can significantly raise the cost. Oooh I like this littlebits thing. I have my aquarium filters on a zwave strip already so this will work great. Turn off filter for 10 mins, feed fish, resume filtering!

I have to read up on it now and see if I can actually build something.

Edit: Oh wow, this could get expensive.

If all you want is a tilt device or a lid pops open you can just build an actuator of pretty much any kind and plug it into a pocket socket.

But personally, I wouldn’t trust SmartThings to be reliable enough for an aquarium feeder.

You can get a nonnetworked Klaren for under 20 bucks and have a lot more confidence. 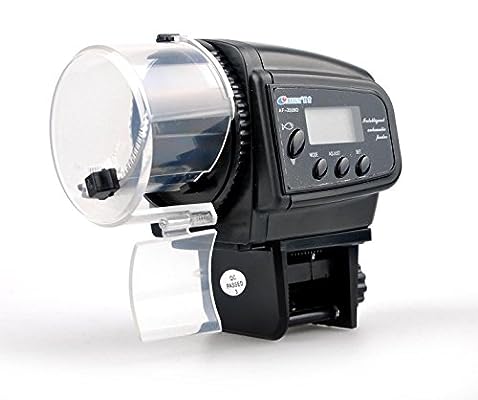 @eibyer I totally agree with @JDRoberts dont hook your fish up to Smartthings you will live to regret it. ST lost my patronage a while ago now, i loved how easy the platform was to develop for, but the continuous 1 step forward two steps back has just killed my passion for the product and the reliability is just not there at all in any shape or form.

just because you can hook these things upto ST doesnt mean you should…i absolutely get why you want to, i went round my house hooking loads of things up. but it will just cause you grief and time, HA with ST does not make your life better or easier… it just wastes it for you…and your money too.