While I am planning for smartthings in my new apartment, I found ST v3 hub is now approved by FCC last week. Should I wait?

I didn’t know they were coming out with v3.

Interesting. First I’ve heard of this and there’s no Z wave conformance statement posted yet.

The FCC application says it was supposed to be processed under confidentiality, but it looks like that didn’t happen as it has leaked.

It’s definitely a different device than the one that is currently being sold at retail as it has more antennas, but only one USB port.

Vs the teardown of the current V2 hub: 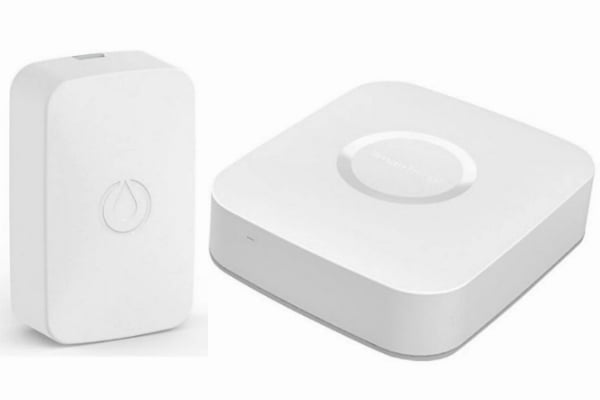 In this teardown, we open up Samsung's SmartThings Hub and a Water Leak Sensor to see what we can find.

As far as waiting, who knows? Just getting an FCC certification could mean it’s still a year or more out from retail release. And it’s not clear what this will do yet.

(BTW, The presence of an antenna doesn’t mean that will actually be usable, so don’t jump to conclusions about thread or the second LAN radio yet.

The V2 hub has an internal Bluetooth radio, but two years after commercial release it has still never been enabled.)

So this is interesting, but I don’t see any way to evaluate it at the present time.

How good is your crystal ball? Mine is lousy…

Here’s another possible useful link (well… it may eventually be useful…):

WiFi not mentioned on the Quick Start Guide

The bottom is purple!

There are two completely separate Threads at this point.

However, about 3 years ago Nest donated rights to an open source version, now called just Thread and managed by the thread group, of which Samsung was a founding member.

So far only chips have been certified, but there are about a dozen different ones, including from ARM, NXP, and SiLabs.

Same frequency as nest thread (but then, so is zigbee), but a different protocol.

Eero and Legrand are supposed to both have projects in the pipeline:

It looks blue on my screen.

My guess would be yes. FCC certification typically comes before marketing gets their hands on it. They can change the case as long as it’s RF equivalent.

Looks like some new devices incoming, too. FCC approval April 12th. All appear to be zigbee.
Leak Sensor

Found this image of the migration tool being tested.

I wonder if there will be a migration tool

I’ve heard rumors that support may have access to such a tool on a limited basis (V2 -> V2 only). I’ve heard further rumors that such a tool is being expanded to work on additional hub versions and will be made available to customers. Naturally I can neither confirm nor deny any such rumors and if such a tool were real, I would expect it “in a few weeks”.

I’ve heard rumors that support may have access to such a tool on a limited basis (V2 -> V2 only).

Sounded like we will get this when v3 is out.