Get Smart Sens Presence Senor from ST, mod it to use 2xAA batteries for longer life and easier battery replacement.
Place it in your change tray under your steering wheel and watch the Magic happen.

Thanks for raising this thread. I’ll upgrade mine soon.

this is usually all I need!

Done. I soldered the wires in place and ran them out a hole I clipped in the sensor housing. I only had a medium sized box that would hold the setup. So, I put the box in a pocket in the hatch of my car. It’s working fine. I’m using crummy Amazon basics batteries, but they should last a while.

Hah perfect!! Thanks for sharing.

Those cheap batteries are skookum, don’t be tricked into thinking Energizer/Duracell are better, they just have a huge budget for marketing mumbo. Amazon basics / Costco Value packs are some of the best batteries you can get.

This guy is just fun to listen to.

That’s good to know, since I have a big plastic bin with all types of mostly Amazon batteries. . . .

I have almost the same setup. I only removed the presence sensor out of that stupid plastic case and Hot glued it into the project box a long with the battery case.

That case is kind of bad isn’t it? I just about broke the plastic clip on the case when I was opening the new one.

The old one was too easily opened, the new one is too difficult to open… the next one… just right? Goldilocks FTW.

The only project box of an appropriate size that I had around has a metal bottom. I worried that the naked sensor might bounce off if glued and short out, so I just packed it back into the little case. It’s now keeping the batteries on the plastic side and protecting the sensor. So it came in handy in my non-deal mod. . . . The original case is not the kind of thing I’d want to have to open and close very often. It would surely break.

I used the one @ethayer recommended box. I’ll post my photo.

It’s exciting to see more people do this. Week 2 and no loss of battery percentage.

My regularly configured presence sensor with the 2032 battery has dropped to 90%. 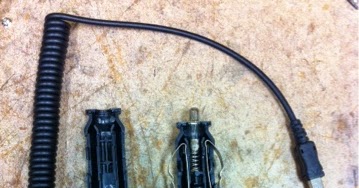 Car charger is a must-have today, thanks to smartphones' larger and larger screen. It is very cheap to get a car charger adapter, which conv...

Ya, that one looks better than what I used. I have a bunch of boxes in the basement along with battery holders, etc… But I didn’t have one that was perfect.

I just ordered these parts to try this mod.

I have a SmartThings Multisensor in my attic just for temp readings, but the Battery is a CR2450 button cell. Even with the cell lasting about 1.5 years, it drops off fast at the end from 54% to 1% in a few days. I know that isn’t really what is happening, but it is the way ST calculates battery.

Looks good, I like the idea of insulating the connections with glue. 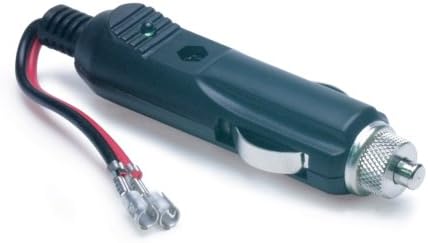 Sure, get the same project box or maybe a smaller one… use any old cigaret lighter adapter, and drill a small hole into the project box for the lead. 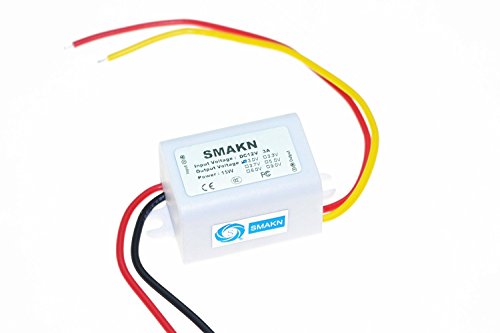 Use a buck converter step-down and hot-glue it to the bottom of the project box, then connect the leads to the sensor and then hot glue that to the opposite side of the project box. Hot glue the hole to seal the lead coming into the box.

Not sure why you might want to do this since most of the time the cigarette lighter comes on with the key, but maybe you have a use-case for this.

EDIT: Wouldn’t be a bad idea to put a small fuse on whatever lighter plug you’re using. The one linked comes with a 2a fuse which is pretty good for this.

If you use the cigarette adapter which you posted, you don’t need a fuse. The fuse is already built into the nose portion of the adapter and can be unscrewed.

I had one like this and it came with a fuse built in.

Yeah I mentioned that the one I linked comes with one. Hah