This is a fairly rigid smart app I wrote to replicate the behavior of a fan controller I have that uses RF to operate the fan and light. I have a few of these in my house and wouldn’t replace those switches with GE z wave ones until I could replicate the remote control. Something like this: 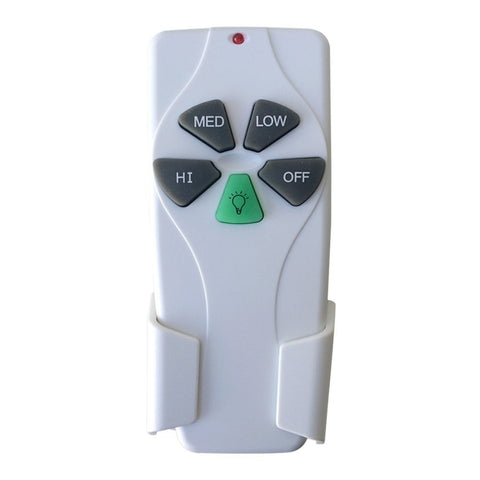 The light can only be a dimmable one as that will be the only choice you can pick from.

This Smartapp has a manger and child app. Install both apps but only publish the manager from from github:

I wrote and tested this with an aeon 4 button minimote and an iris 4 button FOB. I have a GE Dimmer for the light and a GE fan controller (dimmer) running the fan.

Assign buttons to turn the light on or off and fan on or off.

To get a reasonable speed fade is a bit of a PITA without millisecond based sleeps/runin so I had to improvise. Its not perfect but if it does you some good, enjoy. I will entertain requests to modify if/when I have time. The code needs to be cleaned up a bit but I am leaving it for now for testing.

Cell Camera white balance trying to keep up with light fading in video: 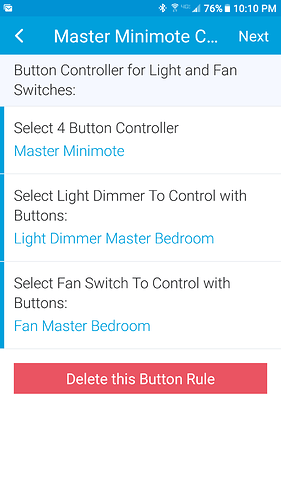 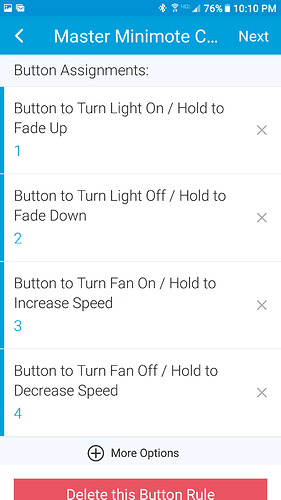