Hello all. I am just starting out and am wanting to add Lighting strips under my kitchen counters with motion sensor activation. I am probably going with the Osram package for simplicity but my issue is that the two counters I want to light are separated by the sink so there is not way to attach them without looking ugly, I am assuming I can accomplish what I want to do by purchasing another power supply for the cupboards on the other side but I cannot find anywhere to buy these. Anyone have an idea where to buy these or a different way to accomplish this?

or a different way to accomplish this?

Here is an alternative to consider; The absolute best value cost solution would be use two H801 controllers and use LED strips. All your gear and power supplies can be purchased easy enough on Amazon. Or if you like go to some LED specific websites that specialize in LED lighting like www.flexfireleds.com

2020-05-27 - Update: The firmware listed in the thread is now (has been for a while) a “Universal” firmware that works with just about any ESP8266 based RGB/WW/CW controller. You just need to assign the proper pin numbers in the web interface of the device after you add it to the wifi network. Thanks to @cjcharles on the help on the firmware! Universal Firmware For detailed instructions on flashing and setup including video & photos, see post 360. 2017-02-15 - Update: I have added compatibility for a few new controllers that are sold under the Arilux brand. I’ve posted the specifics further in this post. 2017-01-23 - Update: I’ve added the ability to export and import programs. Scroll down for some program strings that can be copied and pasted into the SmartApp. 2017-01-21 - Update: I’…

There is a power outlet on both sides. No switch needed as I would turn on with APP when needed. Looking at RGBW .

Thanks for the response

Then it’s a toss up between two sets of:

Another option could be two install a pelmet board bridging the two wall units over the sink. You could then run RGBW wires over the top and maybe put some spots in over the sink as well.

(Ugly Google image but hopefully you get the point) 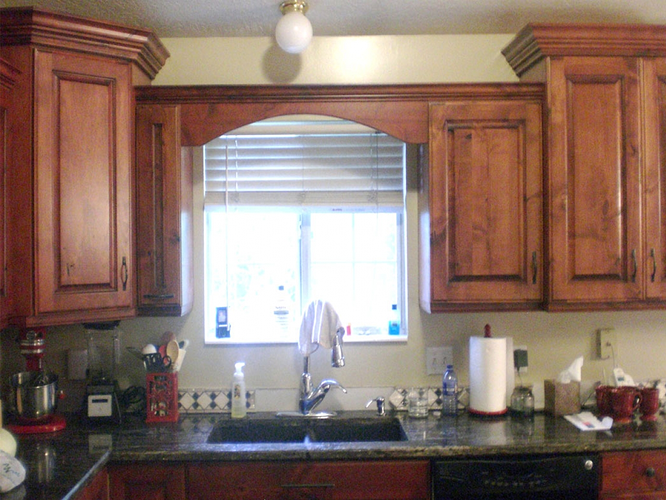 Robin
That is exactly what my kitchen looks like, except for the bridge. Didn’t think of that. I guess that could be an option?

The Lightify Expansion Kit comes with two strips and the power supply.

The Lightify Expansion Kit comes with two strips and the power supply.

I didn’t realize that. That would solve my issue, probably not the most cost efficient but at this point the easiest in my estimation. Thanks JaneL

I could not find definitively on Amazon that the expansion kit comes with a power supply. It seems to be only the two strips . Does anyone know for sure or what model no. does?

I ordered three of the expansion kits from Amazon last week, and all three had the power supply. It’s also been reported in the SmartThings group on FB.

Jane was it the exact ones that I provided the link for?

Yes, when I click on your link, I get this:

Thanks again Jane, much appreciated especially after I contacted OSRAM and this is the response they gave me.

Yeah, the Lightify guy in the SmartThings group on FB was fairly befuddled when someone reported that his expansion pack had the power supply and the controller in the box. I was about to buy the full kit when I saw that, so I rolled the dice and just ordered three expansion kits netting 6 strips, 3 power supplies and 3 controllers instead of only 6 strips, 2 power supplies and 2 controllers by buying two full kits for around the same price.

Here’s the link to the discussion in FB. It comes up near the end of that thread:

I can’t guarantee that it wasn’t a fluke and that you’ll get the same thing, but it’s Amazon. If it’s not what you’re looking for, send it back.

Yes thanks that was an oversite. Did not realize that responding directly through email would post to forum