I’m going to be getting some lights to pair with smartthings for behind my television and stand. I want to be able to control these lights through the smartthings application which can be controlled using Alexa/Google assistant.

I know this can be done with Phillips hue bulbs but I don’t want to have to buy another hub. I want to be able to only have one hub and that being the smartthings hub.

Thanks so much in advance, any responses are very much appreciated.

I want to be able to control these lights through the smartthings application which can be controlled using Alexa/Google assistant.

You do not need to get a Hue Bridge to pair Hue bulbs or strips direct to the ST hub.
You can use use a customised DH to do this.

Will check LIFX out.

Excuse my lack of understanding, but DH is a customised device handler right? In which case, would this mean I would need to have a raspberry pi to handle the integration?

You do not need to get a Hue Bridge to pair Hue bulbs or strips direct to the ST hub.

You can use use a customised DH to do this.

Hue Bulb without Hue Bridge and custom DTH = cloud processing though, not local. Being able to use Hue App to define scenes, especially with color bulbs to me is a huge thing. If investing in Hue and with the cost, I’m not sure why people wouldn’t invest in the bridge. I get it for the white bulbs that people want to use just from a switch. I have 1 Hue strip in my bridge and love it, but he stated no bridge wanted so I led him to the more expensive light strip that is just as exceptional, lol. They aren’t cheap, but they are worth it no matter if Hue or LIFX.

Excuse my lack of understanding, but DH is a customised device handler right? In which case, would this mean I would need to have a raspberry pi to handle the integration?

First question. You are spot on.

Second question. Absolutely not. You do not need any other device to integrate. A device handler is added via IDE (your web account) where you actually publish existing code for your location and then you assign a DH Type (the one you created) to whatever device you want to use it… It’s a very simple process once you have done it a cpl times.

Yep I know. Just wanted to throw out the additional things that would come from that, especially it being a color bulb (rgbw strip) and not having a bridge / Hue app (defining custom scenes, etc). Yep webCoRE works too. Wasn’t throwing you under the bus, just giving OP additional stuff before jumping to decisions. Gotta weigh it all out right?

We could also send him down the route of buying some non brand led strip roll and a fibraro rgb module so he can go down that path. I usually try to keep it simple stuff at first for the requester and let it expand from there, otherwise it can be overwhelming and it’s bad enough how long I ramble on about simple simple suggestion or recommendation.

If you want an all in one solution that is not WiFi or Philips, you can get Sylvania strips 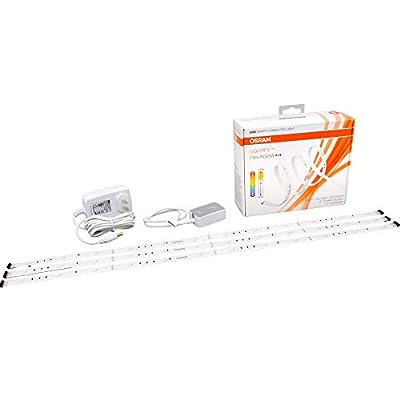 Also as mentioned above, you can get a compatible controller, power supply and RGBW light strips but this is a little more complicated. 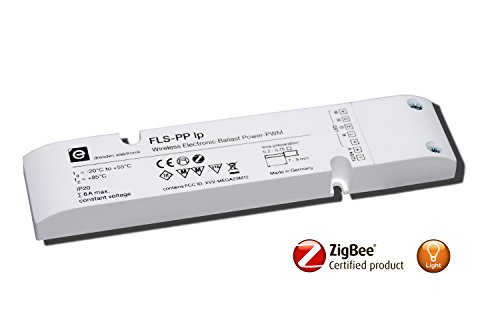 I personally don’t, but I think I saw in one person’s thread that they had something like a 60 footer for rgb and another 45 footer for white. I will look for that thread and post it if I can find it.

I have researched and read and ask question and got a lot of help from people here on the forum. So I’m going to show how I installed my Strip Lights in my Crowned Molding in my Living Room. Someone might want to move this to another thread, cause there are so many post about this topic. I wired parallel 65’ of LED’ strip lights Products: Flexible 32.8FT Super Long IP65 Waterproof LED Strip 60LEDs/M 600LEDs/Reel LED Light Tape DC24V Christmas Decorative LED Lighting LEDENET 100V 220VAC 24VDC 15A 360W Switching Power Supply Converter for 24V RGBW RGBWW Dual White Combo Color LED Strip Light Fibaro RGBW Micro Controller Z-wave, Works with RGB/RGBW LED Strips ZITRADES LED RGB Light Strips 10 Pcs Female Connector RGB Wire Cable For SMD 5050/3528 RGB LED Strip light BY …

Yes. The only officially recommended way to use Hue devices with SmartThings is by using a Hue bridge.

The following FAQ details five different reasons why using the bridge is better than not using the bridge. Including the fact that you could mess up your zigbee network. (this is a clickable link)

It’s true that if you get some custom code technically you can add a Hue bulb to the SmartThings set up without having a Hue bridge, and there are some members who have done that, but you are opening up a number of potential problems for yourself, including the possibility of lost messages from other devices.

Still not sure if I fully understand yet. I want to be able to tell Alexa for examples ‘It’s movie time’, which then tells Smartthings to switch the tv socket on, switch the tv on and set a specific colour on the hue LED strips. I don’t mind if this involves writing code/custom integration, as long as it works.

If I don’t opt for the bridge, can I still change the colours on the strip using the Smartthings app?

I also have Harmony Hub & remote.

My issue with having multiple hubs is they consume electricity and if I don’t care I’ll have hubs for everything which I think is just completely unnecessary so if I can get away with just using the Smartthings hub that would be awesome.

I use Lightify+ strips behind my TVs and entertainment centers. No extra hubs required. You can easily do what you are asking by using those and a couple of Scenes and Routines. You don’t need any custom code or additional hubs.

You might be able to still find the Lightify+ light strips on clearance at Lowe’s, but that’s a long shot. If not, you can get them on Amazon.

I live in the UK so we don’t have a Lowe’s. Would this be them? 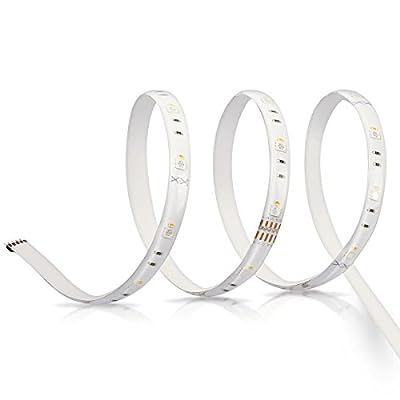 Yup. That’s them. I have these around my TVs. I prefer them because you can put 1 on each side (sans the bottom, unless you purchase the extensions). Works flawlessly in my setup.

Light up your room, and your life, when you turn on the Sylvania Lightify Flex Light Strips. These color-changing light strips come with adhesive LED tape that conforms to just about any shape. They'r ...

I was doing some further digging and it seems that I can use the Harmony Hub to control these: 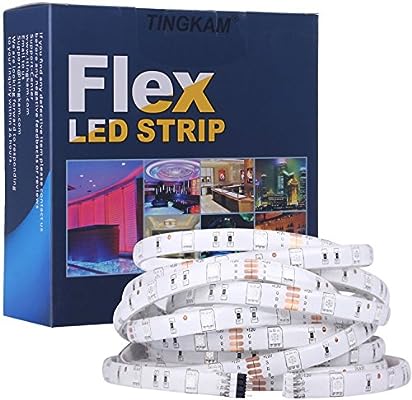 Significantly cheaper. Can’t think of any negatives at the moment but i’m a bit of a noob with smart home equipment.

Out of interest - did you go for these in the end and if so did you get them working with Harmony? Looks like a cheap option for behind the TV if they work!