Probably a long shot - but has anyone comes across plugs we could add to SmartThings that just supply the energy counter?
There’s a lot of stuff I wouldn’t need to spend £50 on as I don’t want to automate it on/off but it would be handy to have sections or devices with power monitoring (probably best for an extension cable) then we could use SmartThings and IFTTT to log the power usage to a spreedsheet and see exactly how much power devices and types of devices in the house are using.

I guess even a smart power monitor which had multiple magnetic sensors you could put on a cable for each plug would be handy. Again you’d need a way to log the info from each one.

This can help with the logging.

You need a device to get the data. There are a couple options. I’m using the Aeon Smart Energy Switch 6 and this handler.

Personally, I developed a Device Handler / Smart App for the TP-Link series of plugs and bulbs. For the HS110 Energy Monitor plug, the current useage, plus 7 and 30 day running totals and average are displayed. Could be updated to send to IFTTT.

Yeah found those HS110 on a quick search, i guess they’re currently the cheapest way to do it.

It’s kind of a shame it can’t be done for less than £35 each. I’ve managed to pick those little 10a inline wifi switches for only £4 each so if you don’t mind a bit of DIY it’s really easy to make anything smart switch on/off, but quite expensive to fit some kind of internet connected power monitor to every device or device collection in the house.

I know you said that you don’t need the on/off functionality, but Zooz has a new Power Switch that’s heavy duty and only costs $37. The SmartestHouse has a 15% off sale this weekend so I believe you can get it even cheaper.

It is easy to do WiFi. Harder to do it with SmartThings (due to the multitude of APIs, Standards, etc. I wish there a well-documented API for wifi smart home devices. It is jungle out there.

Good luck on your search. Again, there are many options within even SmartThings.

Yeah, plenty of ways - I was just hoping I might have missed an inexpensive way rather than paying £35 for smart plugs - it’d probably cost me about £1000 to kit the whole house just to measure power usage areas at that price!

Check the zooz product line. I can not see the UK line from the US; however, they have one that is small and costs only US26. The manufacturer’s site includes manual links for products.

Best one I found 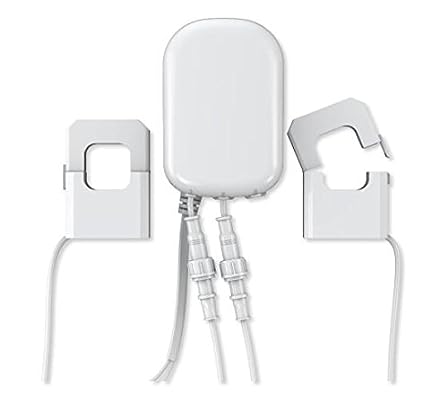 The Aeon Labs Smart Energy Monitor is a low-cost energy monitor for the entire home. It can wirelessly report immediate wattage and kWh usage to central control point gateways such as the and can be e ...

it’d probably cost me about £1000 to kit the whole house just to measure power usage areas at that price!

And a couple of decades to recoup the savings in your power bills.

I don’t quite understand the obsession with power usage tracking. Now that lightbulbs are all LED, the number of power-sucking devices is down to a predictable set; and only those outlets warrant monitoring if you’re going to do something about it (e.g., the kids are leaving the TV on? then you need a smart TV timer app…).

It’s not so much about knowing what’s costing the most to save money - I want to keep it in a chart for information purposes, track usage amounts, get detailed information of how much each thing actually costs over a day, month, year. Saving money wasn’t part of the idea at all.

It’s not so much about knowing what’s costing the most to save money - I want to keep it in a chart for information purposes,

So (forgive my snark… It’s not personal): You want to measure solely for the purpose of measuring?

That’s like someone taking a blood sample every day to count their red blood cells, even though they have no risk of anemia. Or probably dozens of better analogies.

I’m aware of the trend to measure stuff (especially personal health indicators: sleep, weight, calories, steps, …), but most of those lead to an opportunity to make a meaningful change in lifestyle to improve health and longevity.

I guess plenty of folks also love personal weather stations, even though they are unlikely to lead to forecasts, climate change solutions, or whatnot…

Netamo products exactly - there’s no value in knowing past rain fall and temperate amounts at your house - but some people find it interesting.

Potentially I could extra data from the information which shows some things aren’t turning off when they should, sleep mode isn’t working, the UPS is draining, certain appliances could be replaced with something more efficient. Not specifically to save me money but it’s more eco and lowers the carbon foot print - although I expect with a combination of Solar PV, hydro, Tesla batteries and a Passivehaus we’ll be totally off grid and not burning fossil fuels anyway - but i’d still be interested in mapping it all out, like it’s interesting to see how full the batteries are, how much they are charging, how much goes back to the grid, how much is coming from solar/hydro etc.

I want to keep it in a chart for information purposes, track usage amounts, get detailed information of how much each thing actually costs over a day, month, year. Saving money wasn’t part of the idea at all.

Although there are probably cheaper routes, the links I posted above do exactly what you are looking for. I’m doing it myself, I don’t need to, but it came about as a result of another goal I was working on.

I stumbled across these on Vesternet last night - easily the cheapest way to do it it would seem.

They also have a 10 pack which works out at £15 a socket. Quite handy.

I wish someone in the UK would make single and dual flush fitting Z-Wave plus or Zigbee sockets - for doing a new build to have all your sockets smart would be a good idea - but the choices are literally just lightwaverf at the moment.

I use Sense. Way easier and way cheaper. No integration yet, but there are other similar that do. TED for instance.