Is there a answer out there?! Self-monitored security system with panel that works with ST, Google Home, and SmartThings

All I want is a system that…

Does this exist? I looked at ADT/ST for example, it does what I want except trigger an outlet device. Others you need a .com or doesn’t have a panel. Any suggestions?

In fact, I don’t quite understand your question at all.

Are you asking: “Is there a single product that can do it all”?

Or are you asking: “Is there a specific combination of SmartThings product(s) and 3rd party add-ons and custom code” that will satisfy a specific set of requirements?

The ADT Security Hub can be used without an ADT professional monitoring service. In the event of an intrusion or life safety event, the alarm siren on the ADT Security Hub will be activated and an alert will be sent to your smartphone but ADT will not be notified.

What you will do is trigger off of the alert which is sent to your smart phone and then use that to turn on the outlet.

If you have an android phone, this will be easier, as you can use Tasker plus SharpTools. Or maybe use one of the IFTTT Android channels.

Of course since the “last mile” for that depends on SmartThings, your Internet would have to be working, there’s going to be a cloud piece to this.

It’s not the way I personally would do it, because of the cloud dependencies, but if you’re OK with that then it should be doable.

If you want everything to be local, then I’m not sure it can be done if you want to have SmartThings still in the mix.

In fact, I don’t quite understand your question at all."

The whole idea of a forum is to ask questions. Mine is a question. I also think the question is quite clear. Is there a system out there that does what I would like it to do?

Thanks for updating the Title, @UncleNasty…

@JDRoberts has probably read every combination of solution elements posted by SmartThings users and understands the limitations / constraints / tradeoffs.

If you don’t require local execution, then I’m pretty certain you can rig up a way to use WebCoRE or other SmartApp to trigger a Switch upon alarm.

Which requirement are we missing then?

Arm/Disarm Panel can be achieved with ActionTiles or Iris keypad.

Which requirement are we missing then?

Arm/Disarm Panel can be achieved with ActionTiles or Iris keypad.

( thanks for the shout. I haven’t read all the code solutions, as text to speech doesn’t work well with code.)

As far as what the OP is asking for, I’m not aware that the home automation side of the ADT/smartthings device is notified if the security side alarms. I think that’s the issue here. If I’m understanding it.

There are many different ways to trigger an alarm on the security side. The panic button can do it. I think there’s an option on the panel itself that can do it. One of the motion or contact sensors being triggered can do it. The smoke sensor or CO2 sensor triggering can do it. There may even be additional ways.

If, as I suspect, the home automation side does not get Notified when the alarm goes off, then we have to capture it either from the original trigger event or from the notification to the user’s smart phone. Or maybe from an acoustic sensor which hears the panel’s siren.

But when the panel sounds, regardless of the triggering event, it can be set to send a notification to the account holder’s phone. So my first thought was that we could capture that notification and turn it into the “if” for a home automation rule. It’s just that’s a whole lot easier with an android phone than it is with an iPhone. Which is why asked if the OP has an android phone.

Even with an iPhone, you may be able to route it through IFTTT and do it that way, but that would add some additional lag. Plus more cloud. ( same issue if you use an acoustic sensor like the Leo)

But all of this complexity is happening because of the original issue, which is that I don’t think the security side tells the home automation side if an alert is occurring. Maybe I’m wrong on that and the siren on the panel itself shows as a device on home automation side, but I thought it didn’t.

Hopefully someone who actually has the system can tell us more in this regard.

I am entertaining the idea of going with a V2 and action tiles (which I so far really like). I have yet to come up with an solution for the entry/leave delays.

I am also going to take a meter to the ADT/Smartthings panel. I see the board mountings for a siren. Of course there isn’t a screw terminal but if it actually puts voltage here I can add an external device.

I am entertaining the idea of going with a V2 and action tiles (which I so far really like). I have yet to come up with an solution for the entry/leave delays.

There’s a popular custom smartapp that can do entry/exit delays, but because it’s custom, it can’t run locally.

Purpose This smartapp simulates the Entry and Exit Delay parameters currently missing in Smart Home Monitor (SHM), allowing for some time on entry to disarm the system, and time to exit the facility without triggering an alarm. Entry and Exit delays operate on contact sensors selected in Delay Profiles. SHM is generally fully armed while using this smartapp, tripping a ‘non-delayed sensor’ immediately triggers a SHM intrusion alert. This means a motion sensor that ‘sees’ a door with a delayed sensor, or ‘sees’ a arming/disarming device such as a keypad, may trigger an intrusion alert while you are arming/disarming the system. Motion sensor issues may be mitigated by specifying the motion sensors in the Delay Profile. All sensors defined in Delay Profiles must be removed from SHM Security…

You can find additional security – related custom smart apps by looking on the quick browse lists in the community – created wiki, looking in the smart app section, and then looking on the “security“ list.

You can also check the project report section for reports on how people have integrated with various other security systems if you like.

I don’t think the security side tells the home automation side if an alert is occurring.

Per this post in the main ADT Topic, the ADT Panel appears as a “Thing”, and indeed has an “Alarm” Attribute. In theory, it should be trivial to have a (non-local) SmartApp subscribe to this Attribute…

Nevermind… I figured out the ‘Device Information’ app. The only capability that lets me select the panel is ‘Battery’. Here’s the data it provided: Device ID: (intentionally left blank… not sure if its sensitive) Capabilities: Battery, Tamper Alert, Power Source, Security System Attributes: Battery: null (no clue why its null… maybe it has to be unplugged to detect battery percent) Tamper: clear powerSource: mains securitySystemStatus: disarmed alarm: CLEARED Commands: [armStay, armAway, disarm] Note: That isn’t a typo under commands. It’s showing the incorrect commands… it should be armedStay and armedAway.

You can get a zwave siren and hook that up to webCore. Just get individual devices that do what you want. The push notifications is the easiest part.

We already provided the webcore solution in another thread with a link to the specific discussion and the ADT part. Not sure why it didn’t meet the OPs need, though.

I don’t think the security side tells the home automation side if an alert is occurring.

Per this post in the main ADT Topic, the ADT Panel appears as a “Thing”, and indeed has an “Alarm” Attribute. In theory, it should be trivial to have a (non-local) SmartApp subscribe to this Attribute…

I saw that, but I haven’t seen anybody confirm the fields actually get populated in a useful way.

Well… It’s super easy to find out; though it might require setting off some false alarms!

My Issues with the ADT/smartthing partnership. I am contemplating which system to put in two houses. One of the houses is hardwired, but ADT came in and bypassed it leaving me with all of their wireless sensors that will only work with ADT system. If I am reading all of this correctly they are doing the same thing now by not alowing the joint system to trully integrate. If and this is a big if ADT/ST are partners why not configure so the system can mix Zwave, Zigbee, and ADT equally? My fear after setting two homes up with Iris is ADT gobbling up ST makeing all but the ADT sensors 2nd class citizens. Just an overview from a prospective buyer.

If I am reading all of this correctly they are doing the same thing now by not alowing the joint system to trully integrate. If and this is a big if ADT/ST are partners why not configure so the system can mix Zwave, Zigbee, and ADT equally?

Zwave prior to the newest S2 standard ( which even the newest smartthings hubs do not support yet) and the zigbee protocol that smartthings uses are not UL listed for security. And one reason is that Mesh is inherently less reliable for security alerts because messages can and do bounce around the network a bit and you have no forced sequencing. This isn’t an ADT decision, it’s just the reality. You will get more false alerts and may have more missed alerts with the mesh protocols.

There are many home security systems which use zwave for home automation but not for triggering calls to professional monitoring, including ADT’s own Pulse System, Abode, Xfinity Home, Vivint, and others.

Even one of the newest systems, ring’s security system, follows this pattern. You can add third-party Z wave sensors, but you can’t use them with the professional monitoring system. It does have some S2 zwave sensors which it will use, but only very specific models. 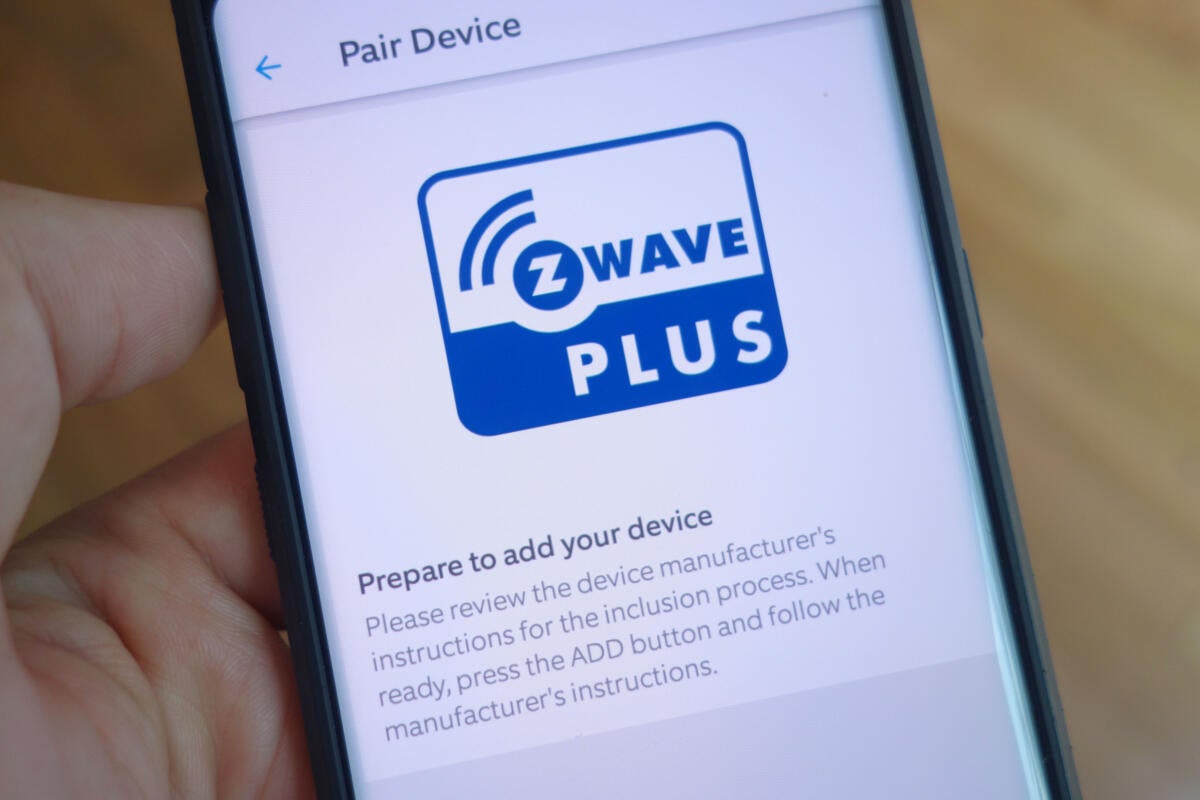 How to add Z-Wave sensors to Ring Alarm

Adding a sensor to the Ring Alarm system is easy when you know how, but you should consider if it's really worth it.

Before you rush and add third-party sensors you need to know that Ring Alarm doesn’t trust them as much as its own, approved sensors.
.
A third-party sensor is incapable of triggering Ring Alarm if the system is armed. That means if I’m out of my house and someone opens the door with the GE door hinge sensor on it, Ring Alarm won’t notify a neighbor (if I have that function enabled), it won’t sound a local alarm, and it won’t notify the third-party alarm-monitoring center.

So they just aren’t equally fit for the purpose of security. At the same time, mesh is a much more cost effective way to handle light switches and outlets for a medium size or larger home.

for me, a bigger concern would be will ADT drop the partnership altogether and offer their own DIY model line. So far they haven’t been interested in that, but you do have to wonder if that day is going to come.