I saw these at Lowes for about 25 bucks, and I am thinking of getting a couple. Anyone use these? How are they? Do they last? Is there something else you would recommend?

I thought I’d add, that I plan on using them pretty much just inside the house to turn on and off lights stuff. They won’t be getting attached to key rings and going into pockets and what not. 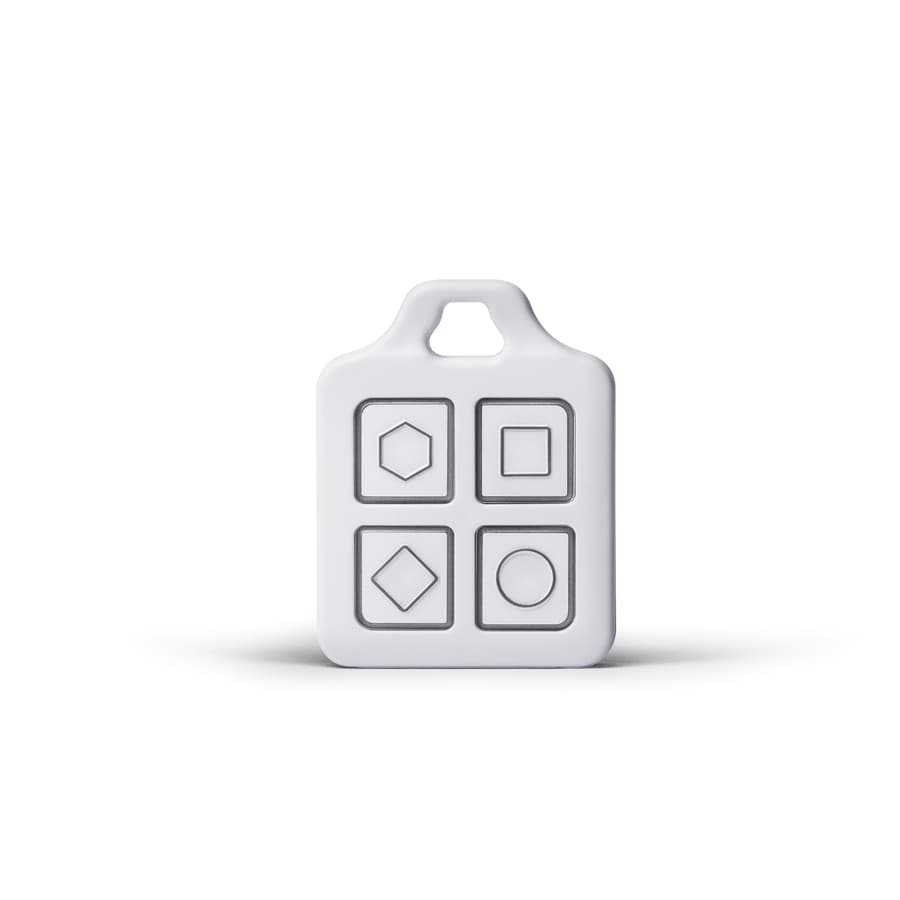 I use this, there are OK but not easy to remember all buttons not to mention the long press action.

Thanks for the reply. I decided to just go with the Iris button. The online reviews just were not good enough to roll the dice with the fob. The button had much better reviews and should suffice for what I need.

Many including myself, complaint on iris button, on the battery compartment design, v difficult to open it

Thanks for the feedback. I had to pop the battery out to get it to discover, but it didn’t seem too bad, but I can see how it could be a pain if it was not operating correctly.

But the button doesn’t work for crap, lol… works less than half the time. I will be taking these back more than likely. Mainly bought these for my boys room to control the lights. My boys room is part of my basement, I put in a wall, one side is the office and the other is their room. One light switch controls both rooms now, I am going to put in hue’s and was planing on using these to buttons one for each room.

I am not sure what my solution will be yet.

The FAQ thread itself is just a list of devices. If you have any follow-up questions on any of the specific devices there, ask in the device threads. Often those are linked to from the FAQ post.

You made also take a look at the following recent thread:

I am looking for a button that can stick to the wall, and I’m stuck :slight_smile:. Scenario: Our guest bedroom has 3 lamps equipped with Cree Connected light bulbs. The room has no overhead light fixture and no light switch (old house, fixer upper), nor was it ever wired for a light switch (so nothing to go off of). Therefore, I want someone to be able to walk into the room and tap a button to turn on the 3 lamps. That’s the only functionality I’m looking for – a button that I can then program that when pressed, the connected lamps turn on/off. I’m stumped on finding something! Any recommendations on a simple SmartThings compatible button I can mount on the wall?

The Iris buttons are generally considered junk around here.

I bought several before I (and my not happy family) realized how unreliable they are, and they are all now removed from my network and sitting in a box somewhere.

You can find the four button Aeon Minimote v1 for around $15 dollars (best deal I saw recently was two for $30, I think) these days. They are a far superior four-button device, but they are also all old stock, so the batteries tend to be dead/unchargeable, which requires a battery replace. There is a thread on this forum regarding where on eBay to order the batteries (I think it’s about $11 for five batteries) and the process to change the batteries it’s very easy.

I have 8 minimotes in use, have changed the batteries in five and have more batteries coming for the other three. I love the minimotes…they hold a charge well, are reliable, and my family likes that they can put them where they want them, particularly useful when a wall switch or lamp switch is in a bad position/out of reach. I have deployed them in sets in rooms…for example I have three in our office, one at my wife’s desk, one at my son’s desk, and one in the TV area, all programmed w/the same options to manage the lights in that room so they can pick up any minimote they want in the office and get the same light control experience.

I keep the programming simple for my family (usually only discuss simple press actions for the four buttons) but code some additional capabilities for the “hold” option for each button for me.

Thanks for the feedback… Why buttons have to be so hard to find a reliable one? I’ll look into those Aeon Minimote’s.

All I am trying to do is save some money on calling an electrician out to separate the physical lights to two different switches. In five years when my kids will be grown gone, and I’ll be pulling that wall down anyways. I might just have them control the lights with stringify or IFTTT, and tell them to deal with it.