First things first, I am going ot post the links to, not just the images because the site limits the display size of the images, so follow to the images and zoom in for a better view…

After trying ot install 2 3 way smart switches in my 1984 construction house, I have come to the following conclusions.

#1. The original electrical contractor, or whomever was in these wires at whatever point doing this work must have been a drunken babboon. I am sure they are “functional” workarounds and cost cuts, but they sure aren’t right… These sort of obvious shortcuts are prevalent throughout this house, as they are in most homes in my neighborhood.
#2. The city building inspector from when my home was built MUST have been on the take, or absolutely incompetent. Okay in all fairness, odds are electrical code has to have changed quite a bit since 1984, but… wow this is bad.

In box 1, the power comes in from the black wire on the left, now here is where it gets wierd. And I need to re-check myself here on that power, because the other way makes MUCH more sense… But the white wire that is coming in on that same cable / romex is attached to one of the traveller lugs. 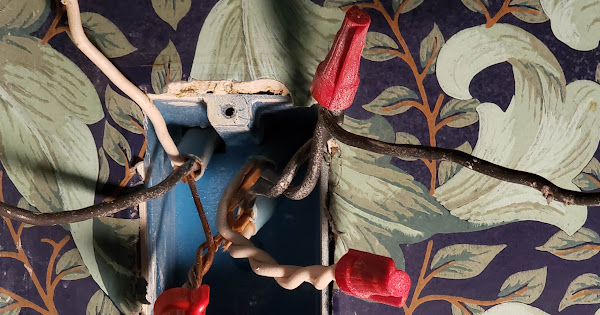 Looking at the photo more, I NEED to double check the voltage again, per Leviton’s video descriptions, the brass colored screws are traveller lugs / wires, so it would make sense if the black, AND white from that romex were both travellers, and the black from the romexes on the right are line power… But then again, 2 light fixtures here (recessed cans) if they went parallel instead of series wiring, this COULD theoretically be load, but…

As I talk this through here, it makes more sense that way, I MUST verify this.

Box 2, gets power from the black on the left if box 1 is populated and turned on. No power if disconnected from box 1. What I find freakishly weird is that there is an extra white conductor in this box coming in from the right (zoom in and you’ll see).
That ties into the white wire from the romex on the right making me think this is where the circuit is picking up a neutral, and thus, this should in THEORY be the romex for the load (?) 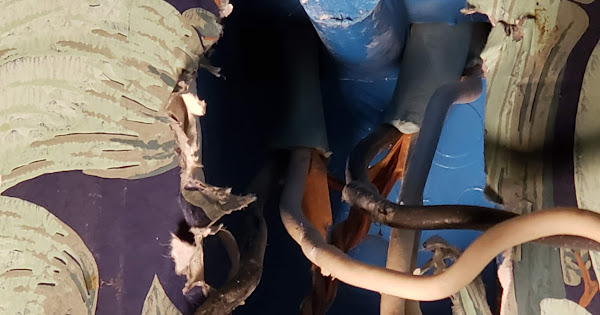 Now, if the power comes in on that box 1 left side black conductor, I am flumoxed as to what to do.

IF on the other hand, box 1 power comes in from the romex on the right on the black conductor, that helps identify BUT leaves me with the same problem I had before, how to wire this up with only 14/2 going between the boxes…

Now, having said that, the good, and the bad.

Like I have said before, I am not adverse to pulling new cable when it warrants it, BUT, especially in this particular bathroom, I do NOT want to be redoing sheet rock and finish due to the wallpaper.

What are my options?

Don’t know if this will help but page linked below shows 9 different ways to wire 3-way switches.

Also: I had a box that looked kinda like your box 1 (but had 14-3 traveler). In my case the hot came in on a 14-2 cable that was tied to another 14-2 cable just like yours appears to be. Zooz folks suggested it was running power to another box nearby. Dunno, just a thought