Homekit and SmartThings: The Latest Discussion

Three) you can now train Siri to recognize your specific voice. That goes along with the unlock capability from two above, but it’s really interesting. It’s a feature that the watch could really benefit from.

Before anybody gets too excited about this item, be aware that its more along the lines of teaching Siri the pitch at which you speak. It should greatly cut down on unintended “Hey Siri” activations in the office (especially now that you don’t need to be plugged in to power for this feature to be active), but don’t think of it as a security feature. It’s not using any sophisticated voiceprint matching (like you see in the Hollywood movies) and somebody mimicking your voice can fairly easily get Siri to respond.

I saw this end cap display being setup today at Lowes (in Maryland):

So that means they either pitch Iris as a lower-cost alternative, or as an android phone alternative. Or maybe as an alternative with more kinds of options.

Yeah I was surprised too. I didn’t get a chance to take a good look because my wife was dragging me out after I made her late for something, but I managed to snap this quick shot

It was not near the Iris stuff, but instead on an end cap near between the outdoor power section and plumbing, kind of across from the big wall of light bulbs.

It was not near the Iris stuff, but instead on an end cap near between the outdoor power section and plumbing, kind of across from the big wall of light bulbs.

That makes sense, it looks like the new Phillips hue homekit stuff is going to roll out in about two weeks, just in time for the holiday season.

I saw an end cap display of Nest products (thermostat, protect, and dropcam) at a Lowe’s in eastern PA today. They also had some of the new (presumably Centralite) open/closed/temp sensors in their Iris section.

So now we know the hub is real and available. This morning there was a Hue update allowing Siri control via HomeKit.

Well, “real” and “available” are two different things. Harmony updated their app for their Z wave extender back in July, and you still can’t buy it.

But, yes, Phillips made the official announcement this morning, and the new bridge should be available this week. There’s supposed to be a $20 discount for existing bridge owners, but only if you buy directly from the site.

The integration is a little wonky, you’ll be able to include Phillips bulbs in other Homekit scenes, which is good, but you can’t include other homekit devices in the Phillips native app. No biggie.

A couple of other important notes. The new hue bridge will support both homekit and thread, as far as I know it’s the first device to do that.

And you can now buy the bridge as a standalone which is interesting.

Also, according to couple of third-party sources, the new “Hue white” bulbs which are replacing the Lux are going to retail at $15 as the regular price. Which puts them right in the same price range with cree and GE.

With a new version of the Hue Bridge, you'll be able to bring your smart lights under Siri's control. 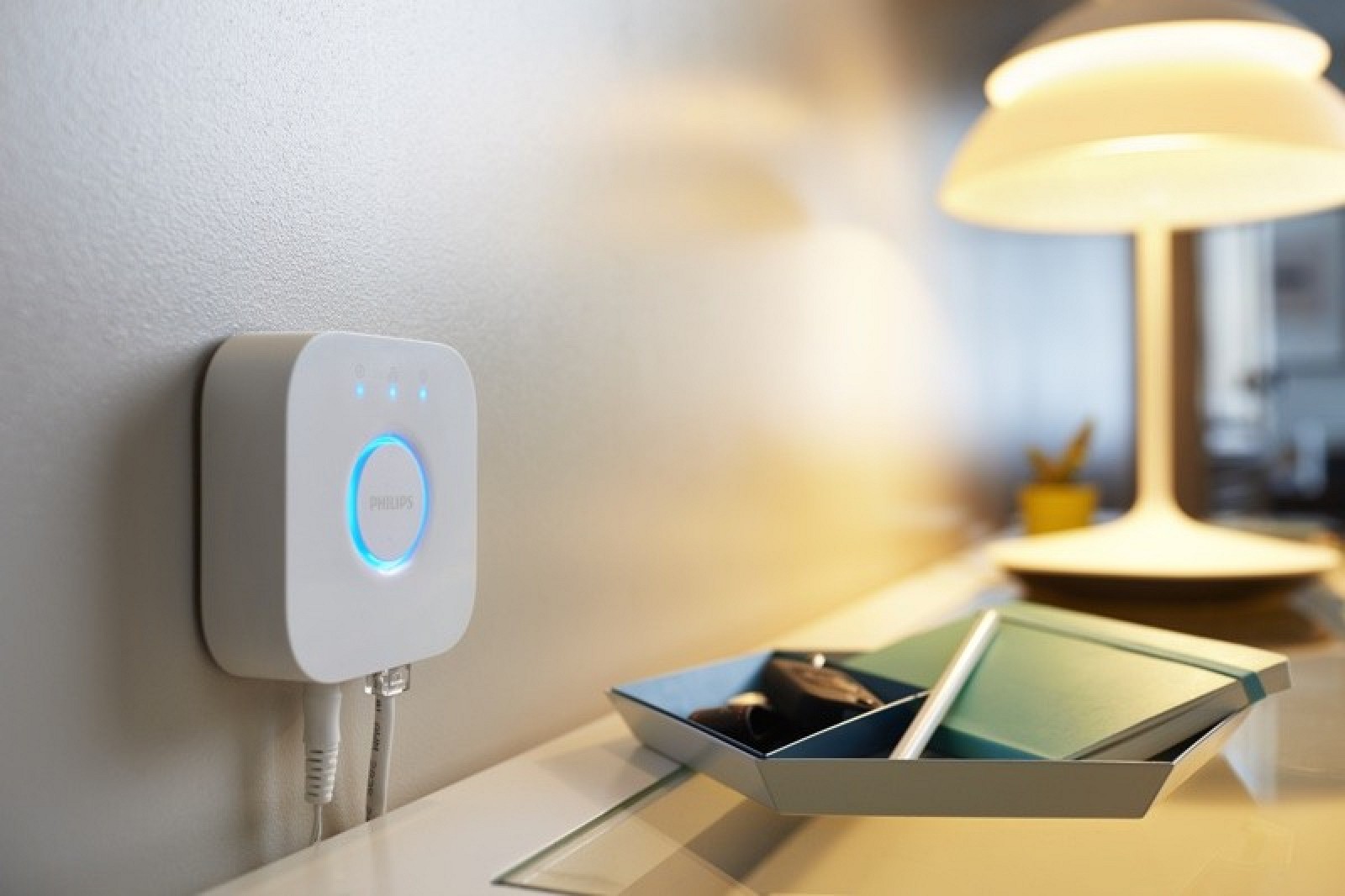 Philips today announced its first HomeKit-enabled product, debuting the Hue Bridge 2.0, an updated version of its original Hue Bridge. With the Hue...

The app release says that it added support for transferring your settings to the Apple Homekit enabled bridge. Simply plug in your new bridge in addition to your current one and you will be guided through the transfer.

My guess is you will have to re-pair the bridge with ST but hopefully that is all. It’s just an educated guess though.

The app release says that it added support for transferring your settings to the Apple Homekit enabled bridge. Simply plug in your new bridge in addition to your current one and you will be guided through the transfer.

Yeah, this concerns me as well.

@Tyler @juano2310 Any confirmation on how this process will affect SmartThings/Hue integration?

We certainly brought down the hue site today!

A migration tool? It can’t be.

I just switched over to the new Hue Hub. The migration between hue hubs was seamless. Literally a push of two buttons. Hooking back into smartthings was just about as easy. Just disconnected the HUE (connect), refreshed, and deselected the ip of my new hub. A restart of the smartthings hub was required for everything to sort itself out but it worked just fine.

FYI. I have a version 1 smartthings hub, about 20 hues and a few Cree connects thrown in. I also have several of the new hue color bulbs. They all seem to be working with smartthings and HomeKit.

The only problem I am having is connecting the new hue hub back into my Amazon echo natively. However, the smartthings integration still works fine, so if all else fails I can use that to control the hues.

Crud. I just bought some Hue BR30s yesterday and there don’t seem to be replacements in the new line-up. They’re definitely not as bright as the Links I replaced.

The entire line has been updated including the BR30s.

Good to know. I can’t find a SKU for a BR30 starter kit on their page.

Is anyone actually using “HomeKit”? Just curious. I’m not real interested in the Siri control. I would rather HomeKit provide a stable geofence.