My fan still drops off from time to time. I have another one of these fans I plan to install soon. Will it help repeat my Zigbee network? If not I guess I can just grab a Peanut outlet.

Mines been installed for a few months and no drops. Get a zigbee plug that repeats.

Get a zigbee plug that repeats.

I ordered one. But seriously look how close my fan is to my hub (the arrow points to my hub which is in a closet on other side of that wall)! It’s no more than 15 feet away with just that one wall between them.
_FYI - This is an old picture. I now have the 200 Home Decorators Wink fan from Home Depot installed._ ![42 AM|658x500](upload://xQvD8ng882rJdMJ8E8EQNKd0c25.jpg) I guess I will put the Zigbee plug on the wall between them and hope that solves it. Or else swap one of those 50 wink fan controllers to see if mine is a dud.

I had a similar setup. I keep my hub in a pantry closet about 20 feet from one of my fans…still dropped occasionally. An Iris plug has made it rock solid. Doesn’t make sense that a repeater would be necessary and I had my doubts as well, but it just works and I don’t bother with the “why” anymore.

None of us should underestimate how much other 2.4 Ghz interference (in my case, primarily WiFi) may cause the Zigbee signal to appear intermittent based on what Zigbee channel your Smartthings hub initially set itself to.

I tried the following fixes in several different permutations over a week to no avail
1)Restarting hub twice
2)Resetting fan controllers with off/on breaker toggling until customary blinks were received, but not on intermittent fan
3)Deleting both of the controllers from Smartthings and re-adding
4)Hard reset of hub

Finally, decided to research Zigbee WiFi interference at the below link.

Discovered my WiFi AP was set to auto channel and had set itself to channel 1. Smartthings Zigbee channel was set to 14. Because of the way the Zigbee channel numbers are offset, WiFi 1 and Zigbee 14 were too close. As soon as I set the AP channel to 11, the intermittent fan controller responded and has been working consistently since then.

An Iris plug has made it rock solid. Doesn’t make sense that a repeater would be necessary and I had my doubts as well, but it just works and I don’t bother with the “why” anymore.

Sure enough that did the trick. I bought a Peanut Smart Plug and added it to the only outlet I have in the 10 foot gap between my fan and hub and voila! It’s been rock solid for days! Thanks for the suggestion!

How do we command Alexa to change the fan speed?

Assuming you have called the main device “Living Room Fan”…the handler should have automatically created the following:

These will not show in your thing list, but will appear as options in your smartapps.
You will need to open the Amazon Echo smartapp and select each option above you would like to use with Alexa. Lastly you need to “discover devices” in the alexa app.

You should now be able to say “alexa, TURN ON living room fan medium"

For some reason, it pulled it in as Fan Low, Fan Med, Fan Med-Hi and Fan High.

That’s what the child devices are named by default when you pair the module with ST.

If I’m having the issues where fans are dropping off network, will the Smartthings Plug work as a repeater?

Yes, that plug should act as a zigbee repeater.

For some reason, it pulled it in as Fan Low, Fan Med, Fan Med-Hi and Fan High

I ended changing the child device names to Fan 1 (for Low), Fan 2, Fan 3, and Fan 4. Since it’s really awkward to say “Alexa, Turn on Fan to Med-Hi.” Also since Alexa and Siri/Homekit basically recognize the fan speeds as individual switches it makes more sense and is easier to say Alexa (or Siri), Turn on/off Fan 4.

I did a cursory search through the thread, so sorry if this has already been approached. I have HomeSeer HS-WD100+ dimmer switches that I am trying to get to mate up with the controller. I have installed both of the device handlers, and they are working properly. The problem comes with ST’s automation is it doesn’t work with the fan controller. I can get it to turn the light on and off, since the device handlers outputs as a light, but it can’t control the fan. Ideally, I would like it to turn the light on and off with a single click and then adjust the fan speed with a double click up or down (I don’t know if it would be able to turn the speed up or down according to the direction clicked, but that would be ideal). Anyone have any idea how to make this happen?

First off, this all sounds amazing and kudos to everyone who put in the work on this!!

I have two questions though, and they may seem stupid, but they are unclear to me so far:

#1 is because I am in the market to buy some fans, and would rather buy a fan that already has these parts if possible.

#2 is just because it all sounds too good to be true!

They work in the one hunter i put it in that did not have remote. I have 3 Hampton Bay fans plus another hunter that I haven’t openen up yet to go.

If I were to purchase the actual fan

Yes. I have both. The fan with wink controller and separate wink controller. Both work just as you’d expect. These controllers are fairly universal. I am sure there are fan’s that it wouldn’t work with. But they’d be in the minority I believe. Chances are it will work as expected.

Hi I am looking for buy only the remote wall control, is it possible? 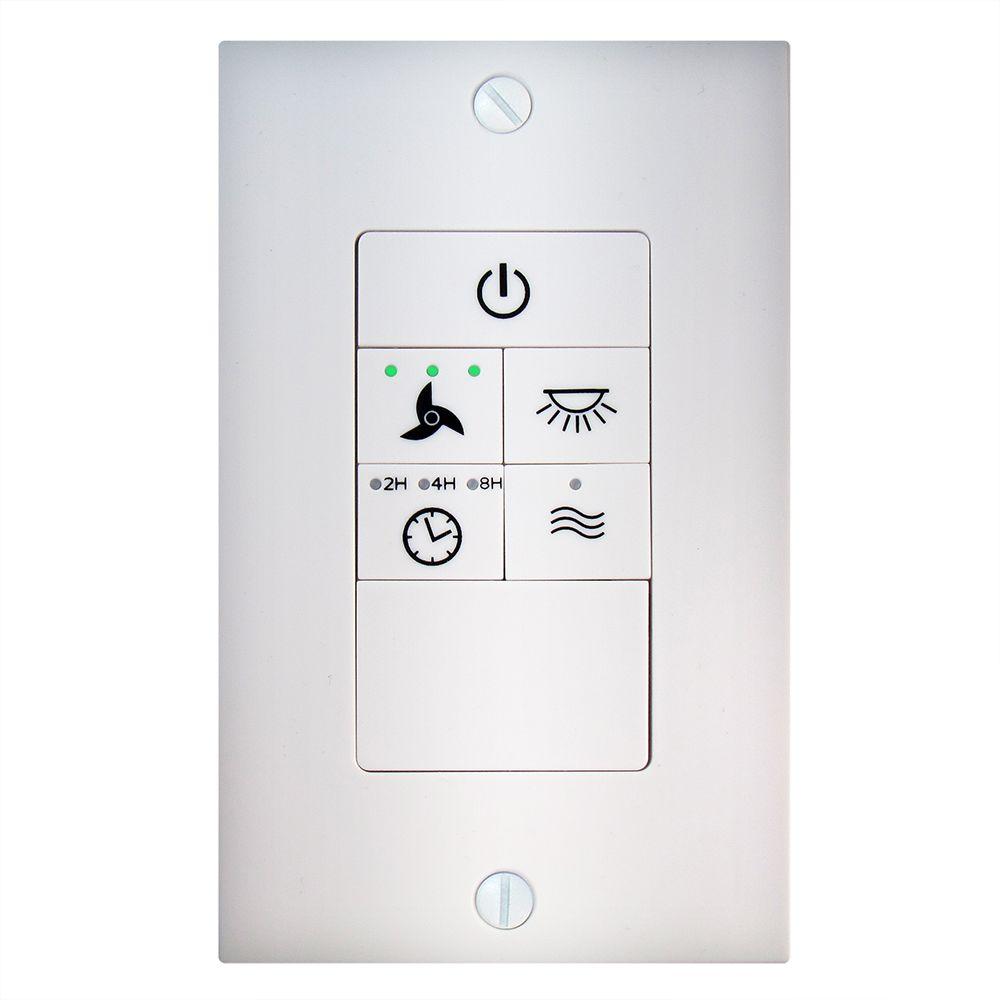