Help getting started with ST (custom Arduino+Ethernet device: how to connect it to ST?)

I am a ST noob and need help adding an unsupported device.

I have developed a Garage door monitor using an Arduino and Ethernet shield.
I can get the state of the garage door (via a contact sensor) by accessing the web server running on the Arduino.
The Arduino is also capable acting as web client.

Here is where I need the community’s help. I don’t know what I need to create in ST (device handler, virtual device, Smart App, etc) to get the garage door status on the dashboard.

Here is what I looking to achieve:

Where do I begin and thanks for the help!

There are a couple of different ways to do this, and hopefully other community members will chime in.

One of the simplest ways would be to create a virtual switch which represents the Arduino. Then its status would show up in the SmartThings app.

So now you’ve got a virtual switch and you want to create bidirectional communication.

For anything complicated, see the developer docs at the link at the top right of this page.

For just a simple on/off, you can use the free IFTTT maker channel as a “man in the middle.”

You have your device send to the IFTTT maker channel as the “if” in an IFTTT recipe and use turning on the virtual switch in the smartthings channel as the “that.” Set up a separate recipe for the off.

You can then do exactly the same thing in the opposite direction: have turning on the virtual switch in the smartthings channel then send something via the maker channel as the that. And again you would need two recipes, one for on and one for off.

The big question with IFTTT is always how much lag Will there be? At my house it’s a pretty consistent eight seconds, which works for most of my use cases, but it varies from person to person and some people have a lot more lag.

The IFTTT maker channel method probably isn’t what you want to do in the long term, as there are more direct methods, but at least it would give you a proof of concept and some initial functionality while you’re looking into the other methods.

And eventually you would want to write your own custom device type handler for the virtual switch so that you could have the appropriate labels (open/close instead of on/off), add some capabilities, etc.

No, SmartThings already has an IFTTT channel, so you just use that.

If you haven’t used IFTTT before, see: SmartThings IFTTT channel. These options are immediately available to you, no additional coding required.

I don’t know of a way for the device to ‘push’ it’s status to SmartThings but you can poll it using a local http request by using hubAction in a custom devicetype.

Connect Webhooks to and more.

So…you could hit your IFTTT account with a web request and have that turn on your switch in the SmartThings channel.

Or turn on your SmartThings switch, ST will report that to IFTTT ( no additional coding required), then have that switch being turned on send a web request to your device from the IFTTT maker channel.

I played around with your suggestion and the main issue is that the Arduino is not public facing. For security reasons, I do not want to make it public.

@blebson, that’s what I was trying to figure out. Where to put the code for polling/receiving statuses.

From what I’ve read so far, here is my understanding:

You should still be able to have the device report to smartthings via IFTTT, I believe.

You wouldn’t be able to get the information to come back the other way (from IFTTT to the device) if it’s not public.

I use this method to tie iBeacons to SmartThings, but it’s a one-way conversation.

I believe you’d need to create a web services smartapp in order to push the status to SmartThings.

A hubAction DTH would send a GET/POST request to the webserver and then parse the response. I am currently doing this with a Raspberry Pi, though I am sending commands to it rather than updating the status.

I am stuck on getting the hubAction DTH to parse the response.

I’ve set my device network id to equal the hex version of the IP:PORT (c0a80104:22b8) of the device that I created based on the DTH.

Am I supposed to be setting the device network id of the device the same as the IP address of the web server that I am sending a GET request to?

This is what you need, I use this to control http end point of nodemcu. Work within LAN.

The control is one way currently, no polling of response from http server.

As I need to create multiple virtual switch manually for my DIY universal IR project & link them to SmartThings & Echo. I decided to follow the earlier examples below & come out with a version of HTTP Switch Creator. tguerena and surge919 - URI Switch Eric Roberts (baldeagle072) - Virtual switch creator JZ - TVDevice You need to install both device handler & smart app. Once install, you can create virtual http switch/button on the fly :wink: HTTP Button handler (v1.1 - corrected the button behavior and more like momentary switch): HTTP Button Creator:

@CSC, I tried the code that you provided, but I still can not get the DTH to run the parse statement. Here is the output from the live logging:

I set the DNI to the hex value of the server that I am doing a GET on as per other discussions.

Man, do I feel dumb…apparently I’ve been trying to reach the server on the wrong port all this time. It is 88 and not 8888.

@blebson, if you didn’t ask, I would have totally missed it.

Using the correct port, produces the results I was looking for.

Thanks for all your help!

Glad to hear you got it working, often a fresh set of eyes is all you need to figure out an issue!

So the virtual http switch help? Or you hv different solution? Do share it ti benefit the rest

Thanks for all of the help.

@FusionDawg
I was working on the same Garage project a while back and I made it work without virtual switches, IFTTT etc.

You can find my code here: 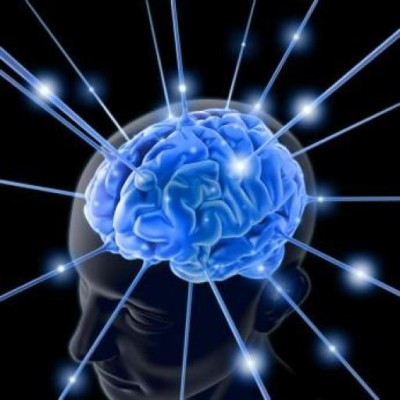 Own smartthings work. Contribute to vint83/smartthings development by creating an account on GitHub.

Works perfectly for me for many months now.

Direct communication ST - Arduino.
Arduino pushes events to ST.
ST can poll/refresh if needed.
Can detect if Arduino is offline - Will show Unknown state in ST.
I also attached temperature sensor to Arduino to know temperature in the garage. You can cut that part out.
Also I didn’t want plain REST APIs to open my garage and was experimenting with SHA256 encrypted password and it turned out pretty good.

Would be happy to help if you have any questions.

p.s. I borrowed a lot of code from @Charles_Schwer . Thank you, Charles!

I glanced over your code and can’t figure out how ST is setup to receive statuses.

Everything is done in DTH. there is no smartapp.

From my experiments I figured out how it works:

1 Like
What Happened to deviceNetworkId?
next page →
© 2020 SmartThings, Inc. All Rights Reserved.