Have you managed to detect if traditional deadbolts are locked?

I’m reluctant to swap out the door lock with a keypad-type-job, but I would like to detect the deadbolt in its locked position.

You could drill out a larger hole in the strike side to fit a zwave contact that has a terminal block like the popular monoprice one. Then Connect it to a carefully placed microswitch so that the deadbolt pushes the contact closed.

Or you could probably mount a door sensor on it’s side and glue a magnet to the deadbolt turner so it only closes when locked.

Some community members have used an electric strike successfully:

So i had two major issues with the options we are currently given to automatically lock/unlock our doors. they are: 1: cost (a replacement door handle with zigbee/zwave averages about $199, and a simple door deadbolt starts at $100. 2: The fact that all this stuff is for some reason required to be ran off of batteries. I've made some progress in my house migrating to arduino (also for cost) for this very reason. Incidently: arduino clone + smartthings shield = about $40 and arduino sensors are C.H.E.A.P. I have a bag of door switches i paid $1.00 apiece for. Anyway, on to the implementation... In advance, i will mention that everything that's required to get this up and running was less than fifty dollars. parts list: 1. door striker, electric. Available on Ebay for as low as $…

There are also retrofit smart locks which fit over the existing deadbolt and just turn it. That’s probably the simplest solution. It’s not visible from outside the house, just inside.

Unfortunately, the only one that is compatible with smartthings is the Dana lock, and it doesn’t get great reviews. But if you get it from someplace with a good return policy, you could try and see how it works for you. Make sure you get the model that also has Z wave if you want to integrate with SmartThings. 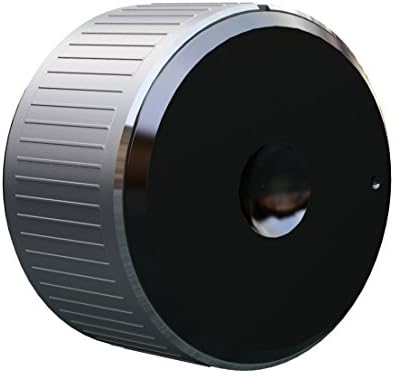 The August lock is the same type and gets better reviews, but it isn’t compatible with SmartThings at the present time.

This is a YMMV kind of thing… I’ve got a standard zwave d/w switch that’s been installed on a steel door for 2+ years with no issue. I’ve got another standard zwave d/w switch that i hollowed out the core of the door in between the two steel sides Again with no issue that I installed a month or two after the first one. Don’t get me wrong, I know that people run into this issue sometimes, and it’s good to be aware that this can happen, but you may not have this problem.

Also if you are going to spend the money on a Dana lock ~$140, I think you would be better of spending it on a Zwave lock that can integrate with ST (and a competitor should they fail) IMO. I have Yale deadbolts at my home that I love ( I prefer real buttons in lieu of capacitative) Had I done it again I would have gotten the newer model that doesn’t have the keyway Because you will never use the key… Trust me… it’s just too handy to punch in the button, or hook it up to a keyfob, or use presence(although I personally don’t trust presence to do this).

I’m pretty reluctant to install radio controlled locks on the front door. zwave and zigbee can be hacked with software-defined radio and amateur scripts (I work in a world where software meets security). I’m ok with bulbs and outlets and motion sensors and such – but I want for the doors to be ‘detect only’.

Thanks for your recommendations! I think I’ll try the magnet method!

I’m pretty reluctant to install radio controlled locks on the front door. zwave and zigbee can be hacked with software-defined radio and amateur scripts

It’s much more likely that they would pick the lock… And it’s even Much more likely they would break a window… IMO. But I totally understand where you’re coming from. I have security cameras, and alerts (but I don’t recommend using ST for that at this time, Find a Reliable system)

I have a DSC alarm system, and I am going to build a motion/sensor & arm detection software in Go that ST can interface with. The door being locked is an integral part of it!

@Saeven Here you go, exactly what you’re looking for:

Please note the old Dashboard. Unfortunately it no longer exists, but everything else works!

I agree. There was this silly thing going around on facebook about replacing your screws in your door jamb with longer ones. I pointed out to them that a burglar won’t ever kick in a door when there’s a pane of glass he can knock out, and if they did, longer screws isn’t stopping them anyway. I demonstrated this to some people once by running into a door to open it backwards (against the hinges) and it opened. I took out the entire door jamb and ripped the hinges out of the wall as well as split the door.