Just last month, we had reported that Google had been working on a new smart speaker in the lines of Amazon’s Echo Show and Lenovo’s Smart Display, with the USP being a 7-inch touchscreen mated to a reasonably large speaker. There wasn’t a lot to go... 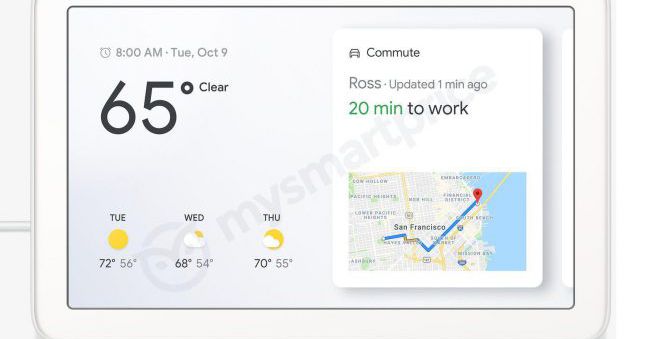 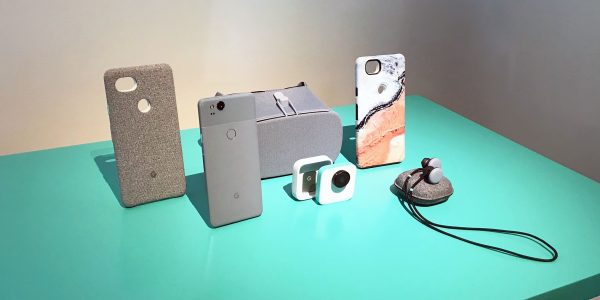 Google’s annual fall hardware event is right around the corner, and that means this year’s rumor season is coming to a close. But thanks to countless leaks, reports, tweets, and informa…

Unless the early descriptions are missing a big piece, This is not a hub.

Of course, this is not a hub, either. 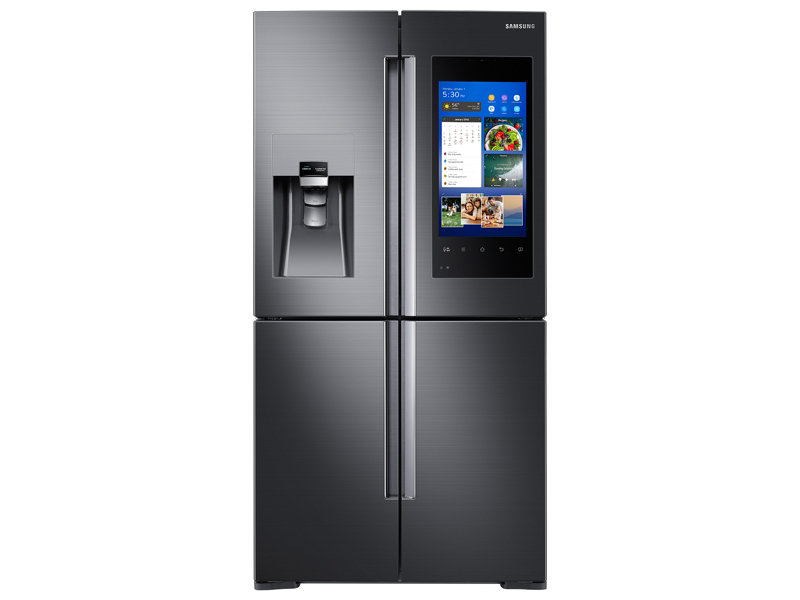 Hub: A central controller that connects a variety of smart devices in the home such as door locks, cameras, lights and thermostats.

The new Google device, according to the leaked documents, is

We all care in our own ways.

was just thinking the same thing

Hub : A central controller that connects a variety of smart devices in the home such as door locks, cameras, lights and thermostats.

Maybe they are going more for this definition…

Hub : A central controller that connects a variety of smart devices in the home such as door locks, cameras, lights and thermostats.

Maybe they are going more for this definition…

I get that for Samsung‘s refrigerator, but not for the new google product, which is strictly IOT.

Wow, $150 is an aggressive price. Wonder if Amazon will drop the price of the new Show?

The Google Assistant-powered smart display is real -- here's what we know so far. 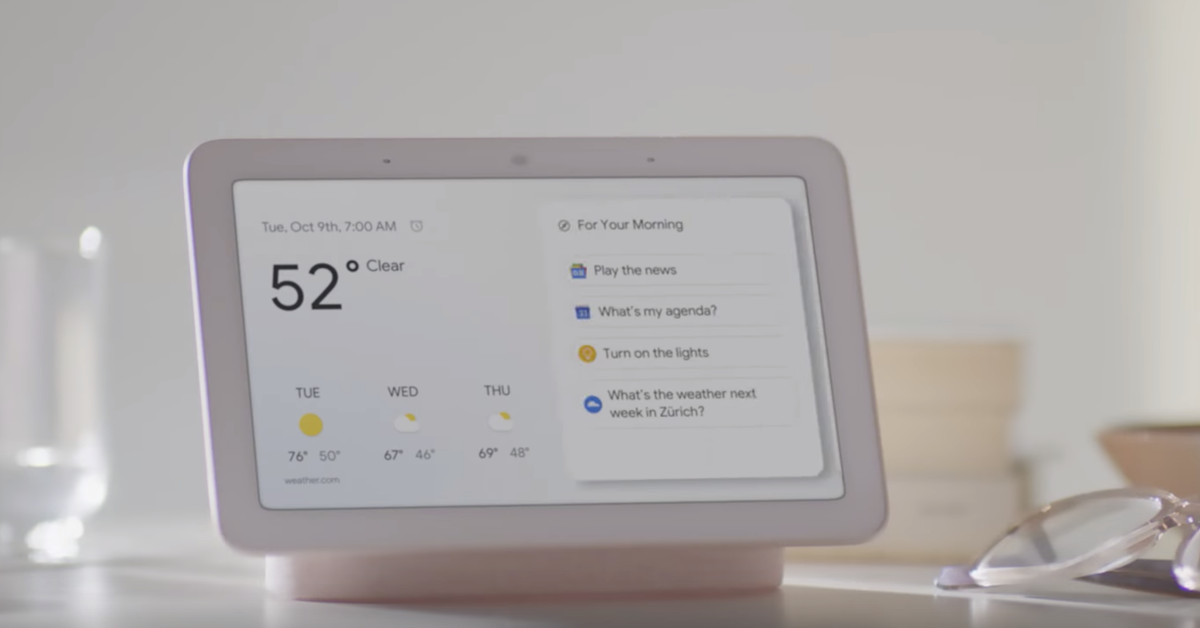 available on October 22nd for $149 in the US, UK, and Australia, with preorders starting today. 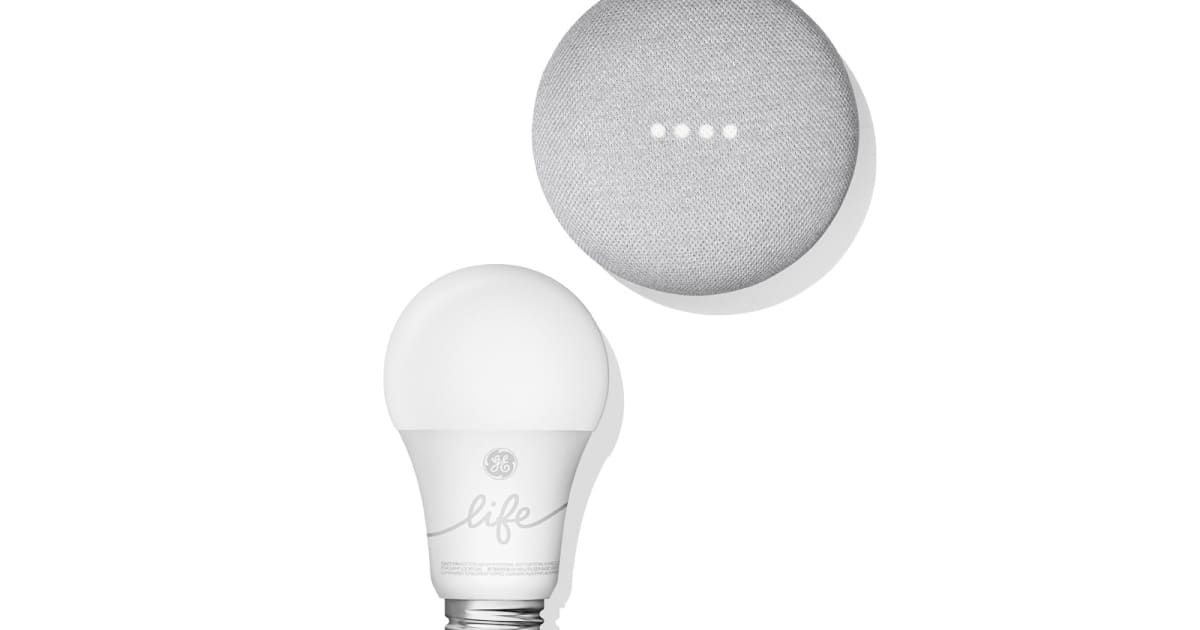 GE's lighting only needs a Home speaker for voice control.

I need to see the details.

OK, I found more details. Still not a hub.

The C by GE bulbs are using a proprietary Bluetooth mesh which is most similar to ZLL: it’s a hubless network. These bulbs work without any hub at all. Google devices are just joining the same network, but they are not establishing the network. Think of it like a hue Bridge.

The Technical Reason why that Hue device is a Bridge, not a Hub FAQ

The longer answer: A bridge (or gateway) converts requests in one protocol to that of another. The hue bridge is a Wi-Fi/ZLL Bridge. The bridge does not, however, “establish” the network. That is it does not assign network IDs to other devices that join to it or control which devices join. Instead, because the hue bridge is a ZLL device, there is no establishing coordinator on its network. [IMG_4091] A ZigBee Light Link network has no ZigBee network coordinator, even a bridge device merely acts as a router {repeater} So it’s a bridge per the definition of bridge in the ZLL specification. The end devices don’t need the bridge in order…

The Google device will act as a Wi-Fi/proprietary Bluetooth bridge. But not a hub. 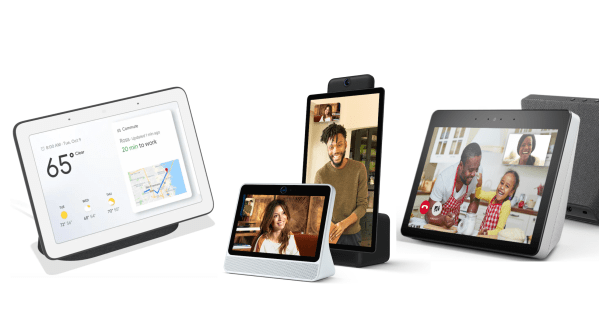 The war for the countertop has begun. Google, Amazon and Facebook all revealed their new smart displays this month. Each hopes to become the center of your Internet of Things-equipped home and a window to your loved ones. The $149 Google Home Hub is... 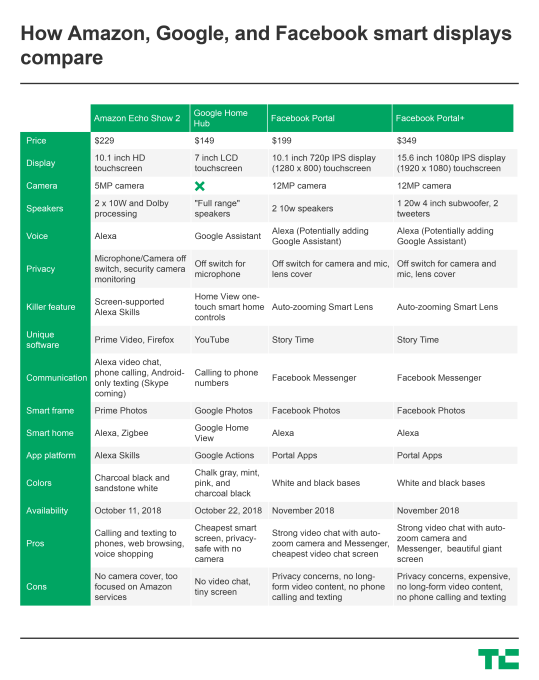 Facebook wants to put their camera in your home. And it’s always listening. And it’s the first one that can automatically track you as you move around the space…

The comments write themselves on that one, I think.

And for those who missed the recent news: Facebook was taking phone numbers and real names harvested from their two factor authentication security system and selling them to advertisers.

You Gave Facebook Your Number For Security. They Used It For Ads.

Add “a phone number I never gave Facebook for targeted advertising” to the list of deceptive and invasive ways Facebook makes money off your personal information. Contrary to user expectations and Facebook representatives’ own previous statements,...

Who would even think of doing that?

Buyers be aware. One of the perks of getting a Google Hub has a big gatcha… 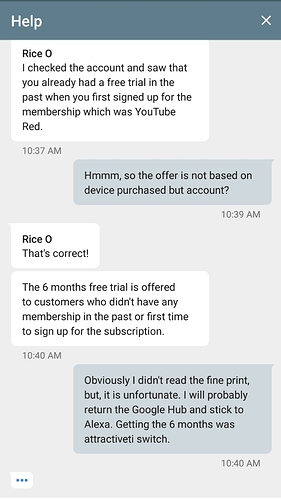 I am lost. What perk are you referring to?

What perk are you referring to? 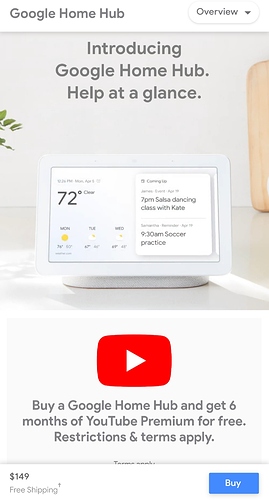 Only for first time Google users, even a free trial of Google Music for a month, which everyone gets, disqualifies you from getting the 6 months You Tube. Didn’t expect that from Google.