So I’ve never done this before but I’m doing my research and I’m going to replace two switches side by side in my bedroom with a 2 gang switch. Specifically this one.

Compatible with iOS and Android OS. Type: 1/2/3 Gang Touch Wi-Fi Switch. Luxury and fashion design that can be well fit into most houses with different decorate style. Note: Scan the QR code on the QR code card to download the APP and read the user...

A couple things to start:

USA and Does smartthings make a switch that looks like that?

Here is the list of compatible SmartThings switches. For multigang switches, you would just buy individual switches to replace each one in the box (assuming you want to replace all of them in the box)

SmartThings works with lighting and switches

USA and Does smartthings make a switch that looks like that?

Samsung makes the smartthings hub. Almost all of the end devices like light switches are made by third parties that have an integration with SmartThings. Sort of like Amazon echo. You don’t buy an echo switch, you buy a third-party switch that works with echo.

There Are definitely smartthings – compatible switches that look very much like the one you linked to. However, they are not typically Wi-Fi. They are usually either Z wave or zigbee and will require that you also buy and set up a smartthings hub. Is that what you were interested in doing?

That’s the switch I would like but The question is…does each button control a different light?

yes, each button controls a different load/circuit/light. But i haven’t seen that device for sale from a common US retailer.

That’s the switch I would like but The question is…does each button control a different light?

First rule of home automation: “the model number matters.“ As long as you get the two gang US model, NAS-SC01ZE-2, then, yes, each dot controls a different light.

Amazon now carries it, but know that the design of the switch is a little odd because it’s coming from a Chinese company. It will control two devices, and it will fit vertically over a single switch. The top button controls one device, and the bottom button controls another device. That can be confusing for people who expect the top to be on and the bottom to be off.

Some people will put a blanking plate behind it and mount it horizontally to make it more intuitive for guests. 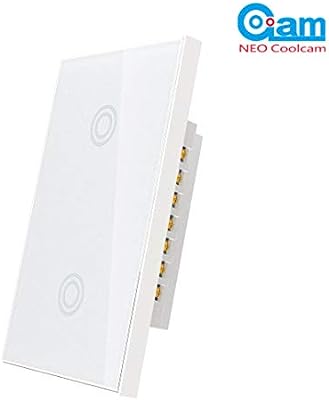 I should also say there are some other similar switches that should also work with smartthings and might be better engineered for US homes, but unless you need smartthings for another reason, I would probably just go with a Wi-Fi switch that works with echo. You will have a lot more choices. Again, always check the specifications to make sure they can work with your fan.

Also, if you’re looking at Wi-Fi switches I would recommend looking at Sonoff or Orvibo or one of the other brands that does have some safety certifications. There are a lot of cheap Chinese wifi Switches coming on the market that I just personally would not consider to have enough fire safety features.

@JDRoberts i don’t think that’s the proper switch he’s looking for. The switch you linked to is a 1 gang, 2 load application. They also make a 2 gang, 2 load model, which i think is what the OP is looking for. The problem is I haven’t seen this model for sale from a reputable USA based source.
https://szneo.com/en/products/show.php?id=203

here it is on Ali Express 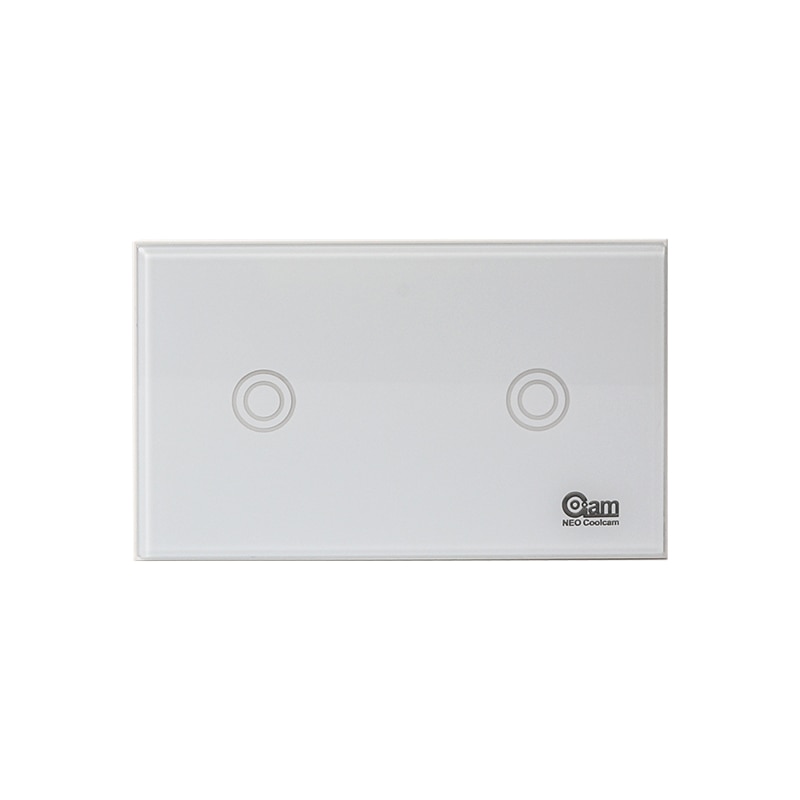 @JDRoberts i don’t think that’s the proper switch he’s looking for. The switch you linked to is a 1 gang, 2 load application. They also make a 2 gang, 2 load model, which i think is what the OP is looking for. The problem is I haven’t seen this model for sale from a reputable USA based source.
https://szneo.com/en/products/show.php?id=203

It’s the same switch, it’s confusing for a couple of reasons.

First of all, a lot of the pictures are wrong in the Neo marketing materials and show the UK version of the switch rather than the US version.

Second, in UK/Chinese terminology, “gang” refers to the number of loads that the switch can control. Not the physical size of the switch.

UK single gang and double gang: The devices have the same physical height and width

What 1 gang and 2 gang means; how to choose a 1 gang 2 way switch; Understanding 1 way, 2way and intermediate switching

But in the US, “gang” refers to the physical size of the switch, with a double gang being twice as wide as a single gang. So in the US you can have a “single gang“ switch that controls two or even three loads.

In the US, you can even have a “ double gang“ switch which only controls a single load:

That would be considered a “single gang“ switch in the UK.

In China, the terminology varies a lot more. Some manufacturers use the UK terminology. Others create switches which in the UK would be two single gangs side-by-side and call that a double gang. You will quite often see a Chinese switch described as “British” or “EU standard” if they would be the same as a British switch, where gang means load and all the switches are the same physical dimensions.

But the point of all this is that Neo will describe their two load switch made to fit over a single US size rectangular switch box As a “single gang” for US markets and as a “ double gang” for Chinese or UK markets.

well geez, that’s not confusing at all

I think the vertical picture on amazon threw me off too, but now I see the second pic shows it horizontal.

Here’s the back of the 2 gang switch.

Does this look accurate? I’m not sure where the second gangs set of wires are supposed to go unless I’m combing both neutral together. And both ground together.