Does anyone know if there is an actual size difference between the current GE Z-Wave switches and the new Z-Wave plus ones? There are lots of details in Amazon listings but size isn’t one of them.

I was hoping Z-Wave plus might be a little smaller since the chip is more efficient.

Just looking at the pictures, they appear to be the same size.

I think the question is whether these are all going to be the same depth. (The space required inside the wall for the Switch unit.)

I haven’t seen the depth specs on these one way or the other, but quite a few Z wave plus devices are physically smaller than the previous generation, so there may be an improvement in this regard.

The new zwave plus models start with a 14 instead of a 12.

Home Depot is usually good about giving exact specs, so once the 14’s show up there we can probably find out.

I guess I will wait for 2 weeks then

I have some boxes with 3 switches in them so If their depth is even slightly smaller it will help a lot.

@JDRoberts All the GE models are the same size, including the add-on.

Last weekend I installed the plus switch, fan dimmer and add-on. They vary in weight, but deminsions are the same.

@polley so plus ones are same as the old zwave ones? That’s a bummer in that case, since I can’t really see advantage of plus ones then. The range is not a problem for me though.

In my opinion, range shouldn’t be your deciding factor. Z-wave plus has many more benefits. If you can wait the extra time, the GE z-wave plus series provides excellent value.

If you have a little more money, Homeseer switches could be for you. Homeseer also has added capabilities like scene control. You will need to explore the DTH options for Homeseer, however.

Check out this FAQ from @JDRoberts on the benefits of Z-wave Plus.
FAQ: Is Z-Wave Plus Better than classic Z-Wave? Is it Backwards-Compatible?

What are the benefits of Zwave plus? I have 4 of the GE 12724 dimmers (just Zwave) right now and they all work perfectly fine with fast responses to hub commands from what I can tell.

I have all 12 series but if the new 14 series z-wave plus has double tap for dimmers then that’s a big plus. Double Tap is powerful when combined with CoRE.

I use various switches to Pause or Continue pistons for certain scenarios. Since I have majority dimmers, I am limited to my Double Tap options.

I guess I will know the answer soon, Amazon decided to ship 14294 early and I will check if it has double tap or not.

Anyone know if these behave any differently when it comes to dimming up and dimming down locally at the wall?

I got the new dimmer, size wise it is same as the previous model. I will install it in couple days to see if it has double tap feature or not. The installation guide/manual doesn’t really mention anything.

I installed my first one last night (14294), it is the exact same size. I am not seeing any double tap capability, but so far it’s working as expected. I didn’t have range issues with the older models so I don’t really notice any gain to these other than “future proofing”

I tried another (brand new) 14294 and have the same problem.

Wired exactly the same as the 12724. Nothing else changed in the system.

ST shows the dim percentage changing, but the lights will only turn on/off.

Is there a known issue? Was I just lucky to get 2 defective units in a row?

Try searching for the correct Device Handler if the one linked below doesn’t work: 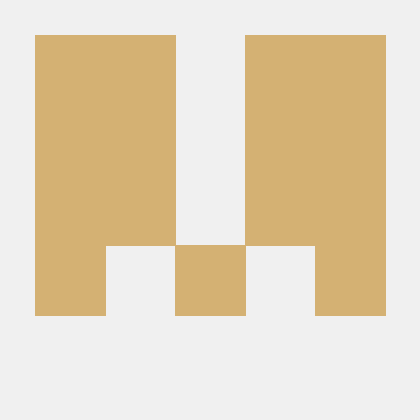 Those device handlers look good but dont work for my GE 14294 dimmers. Jsut show turning on or turning off but don’t actually do anything. had to return to the default device handlers.

Was there (1) small screw that came with the 14294 in the box? Did you use it? The supplied screw is different than regular wall switch screws ever so slightly, using a different screw will short the wall switch

Old thread, but I found it (for different reasons) - I will post here for other’s knowledge.

Per GE tech support the 14294 outdoor z-wave plus switch (unlike 12724) can be reset to factory settings by clicking the (only) switch on it 16 times.