Is there such a device? It would be nice to have LED lighting in places you don’t want to run power or an extension cord. Under tables, chairs, etc. Figured it could be possible with battery powered door locks, thermostats and smoke detectors but I haven’t been able to find such a device.

I’m wanting to light some steps on a stand alone riser that’s not adjacent to a wall or near any power source. I see the Tethercell which would work as well, but it’s not SmartThings compatible.

The only zwave/zigbee one I know of is the Hue Go, but it will only run for about 2 hours on battery, then it shuts itself off. 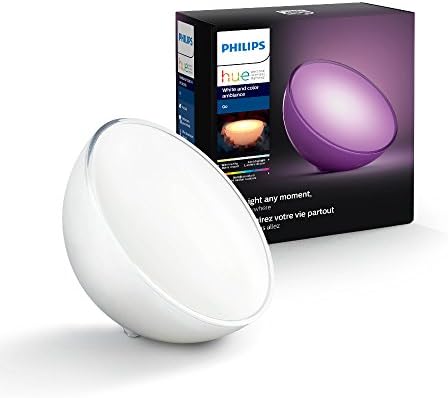 The problem is that a light usually just takes too much battery to also run a radio… There are some decent nonnetworked ones with remote controls or motion detectors. I personally like Mr. beams. But they don’t integrate with SmartThings.

On the other hand, if you are willing to use something that has a proprietary protocol, uses its own bridge, and has only limited integration with SmartThings, as of 2019 Ring now offers its battery-powered Ring Lights system which has both big outdoor floodlights and small step lights which could also be used in a closet. Expected battery life of about a year.

The floodlight is 600 lumens (about a 60 W equivalent), the spotlight is 400, and the steplight is a nightlight-like 35. So not super bright, but functional for many situations.

You could also use a combination of the Ring smart lights and the Mr. Beams dumb motion sensor lights to cover a lot of use cases.

Most models come in a choice of black or white cases. 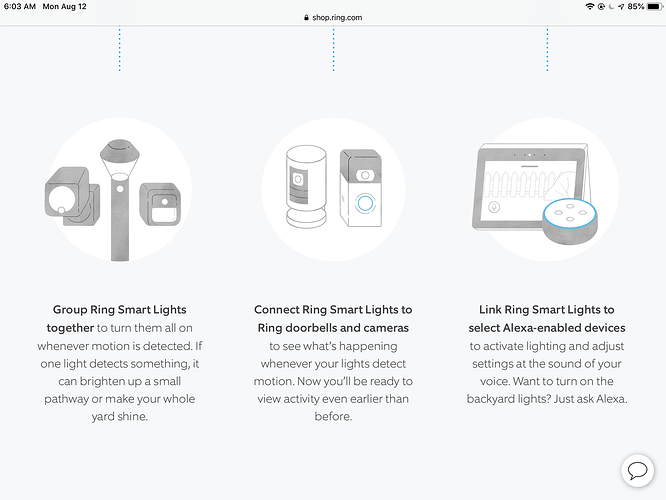 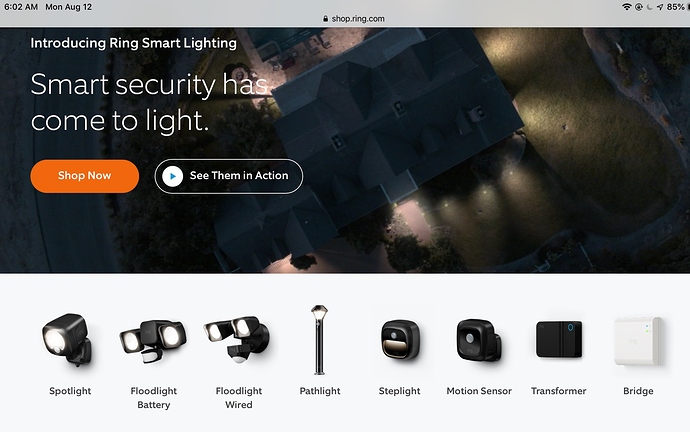 So if you are OK with a separate bridge and a separate protocol, how do you get SmartThings Integration?

Unfortunately although there is an Official ST/Ring Integration, it doesn’t include these devices.

And the Ring IFTTT channel doesn’t include them either.

However: you can turn them on with Echo. And both the motion sensor as a trigger and the lights as a target show up in Echo routines.

Which means you can use Echo routines as a “man in the middle” for ST integration without having to actually say anything. Setup is, shall we say, intricate, and integration is limited, but it can be done.

Do you have to have have a radio in it? Or is it more of a ease of turning it on and off?

My first thought is that there are tons of motion activated battery powered lights. I have tons of the round ones from ikea in all my closets. After that, you could use a usb battery pack and a led strip that takes usb, think like the bias lights for tv’s. But they are on when power is applied.

Thanks for the responses. Yeah, that’s a horrible battery time. Plus quite an investment for 4 lights and I think I’d also need the Hue Bridge before I could use it with ST.

It’s for a riser in a home theater, so motion sensors wouldn’t work. I’d prefer it to be radio controlled so I can have them turned off when my canned lighting is on and then turn on when I dim or turn off the canned lighting to view a movie.

Did you ever find a solution for this? I’ve been trying to figure out something similar for both under cabinet lighting and some lights on my bookshelves. I’d like them to be able to be controlled with ST where ever possible. Sounds like I came to the same results as this thread did when I looked in to it a few nights ago. My next thought was to try and find some form of battery operated ZigBee controller to use as a NO/NC switch trigger but so far I haven’t seen anything in that arena yet either.

Unfortunately, no. I’m just going to get some photoelectric night lights since my steps are across from my wall plugs. This will basically perform the effect I was looking for by turning on when the lights dim and turn off when the lights are on.

Seems to be a gap in the market. I have a hue go but that’s limited as mentioned here.

Just a quick update, since this came up in a different thread this week…

There are some battery powered small lights which have an IR remote. These are usually pretty dim, you’re lucky if they’re 50 lm each. And they eat up batteries pretty fast. But they do exist.

As long as the remote is an IR remote (not an RF remote) you can probably control it with a harmony home hub. So if this is a room where you already have a harmony to control the home theater, you could add control of these kinds of lights and automate it through SmartThings.

( The other thread was discussing some display cases in an entertainment room where there was already a harmony.)

Because this is an IR signal, the harmony hub, or one of its IR blaster’s, will have to be line of sight to the light. But it should work.

I’m using this with some flameless candles and it works well for what I want. Home Depot often has a selection of battery operated lights with remotes, and then you can check to see what kind of remote it is. There are some available on Amazon, but the product descriptions aren’t always accurate, so you may need to return them if they’re not a remote that’s compatible.

Again, this isn’t going to work for a regular reading light or anything brighter. You’re talking about the equivalent of 5 to 15 W in an old style light. But it might be an option for closet lights or night lights or party lights.

There is one new option in 2019: the ring smart lighting series from Amazon. They use a proprietary frequency, so there’s no direct integration. However, They have several battery operated lights which can be networked to their bridge and give you some automation. These are pretty cool devices and have a battery life of several months instead of just several hours.

You can use an echo routine as a “man in the middle“ to get some smartthings integration that way.

I don’t think you get access to the motion sensor that is built into the light, and I’m not sure you can turn the motion sensor activation off, but you can at least turn the lights on and off remotely if you want without needing movement in the area.

So they aren’t a perfect substitute for a smart mains-powered light, but if you’re OK with the light always coming on when there’s motion in the area and you just want to also be able to turn them on at other times, these will fit some use cases. 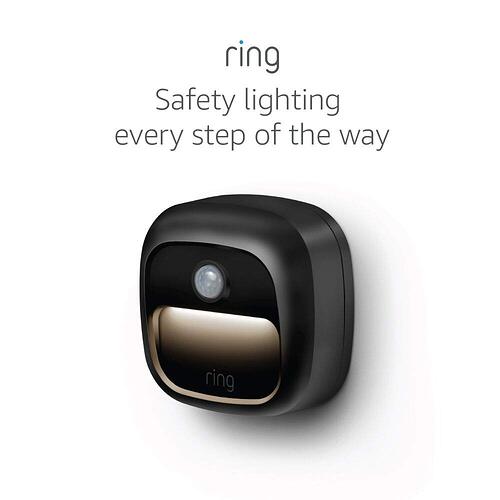