I see on the main page of the SmartThings website under “compatible products”, there is a picture of the Ecobee 3 thermostat http://www.smartthings.com/works-with-smartthings. However, on this page it states that the only Ecobee thermostats supported are the Ecobee “Smart” and the “Smart SI” https://support.smartthings.com/hc/en-us/articles/201763220-Which-ecobee-Thermostats-will-work-with-SmartThings-

I understand that the standard device type supports 3…but maybe not all of the additional functionality the 3 provides.

I’ve seen this @yvesracine code a couple of times now, but not at all sure what it is.

Unfortunately @yvesracine has made his code only accessible if you donate to him.

I’m not sure, is there another device and smart app that can be used and works?

@jnowland yvesracine is through github. I can provide directions if you like, but unless you are willing to pay it doesn’t help you much anymore

I just installed an Ecobee3 thermostat and it works fine with SmartThings. I used the Smart SI link in the Android app to get it to be recognized, but once I did, it understood that I had an Ecobee3.

Smartthings has made templates available on GitHub. The Ecobee thermostat and sensors there also work. I’ve tried updating the wiki to help us newbies get the code working. It takes a bit of tinkering but it’s doable.

I think Ecobee’s API is similar for their thermostats and the basic functionality will work across them. (The built in ones from the Smart SI for example as pointed out by @jnowland and @Bugsy.)

I’d like to make everyone aware of two other ecobee devices that you can consider. I’d also like to encourage future developers to work together and update one single code.

First, there’s a code by @StrykerSKS: 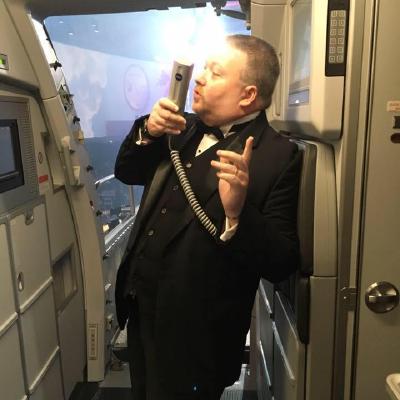 This is a brand new code based off of the openly available template produced by SmartThings.

Second, a branch was branched off of @yvesracine from the most up to date version that was still open source. It’s being worked on by @disconn3ct. (not a user on the SmartThings community site that I can see.) 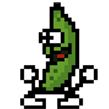 I can’t speak to the legality of this second option (I’m not a lawyer), and since it’s a branch you can’t communicate directly with @disconn3ct which is a pain. But it should have more functionality (Although it may also have more bugs) than the first option.

I would recommend that @yvesracine says that he’s solved the issues with his code. If that’s true, then this is a great app. It’s worth the $15, even though it isn’t open source.

But if you want open-source, I suggest chatting with @disconn3ct or @StrykerSKS and helping them develop their code, or possibly donating to them. If you want things to stay open source, then it would be wise to contribute in one of these ways.

@jnowland If you need help understanding GitHub integration, let me know. It’s not too bad once you understand a couple of steps. I’m very green, but I’ve been able to get it working without too much of a headache.

@Bugsy,
Any issues with using the Smart SI thermostat? Is it still working for you?

So far it’s been working pretty well. I did have some trouble accessing it via the SmartThings Android app today, however, I believe SmartThings was where the trouble was as I received a couple of emails from the SmartThings support staff relating some issues and their resolution around the same time I couldn’t contact the ecobee3. Before I read the emails, I just ended up logging in to the ecobee3 on the app again and it started working again.

Just FYI, right now I’m not able to reach the ecobee3 via the ecobee Android app – it’s saying it cannot connect and I need to check the wifi connection… The ST app still appears to be working – it lets me turn the heat off & on and change the temperature. I have no idea if this is actually happening as I’m not at home now.

So the ecobee app isn’t working, but the ST app is? That’s odd…

Just so you know, my ecobee app is working just fine.

Thanks for the update. There are rummers that the built in app doesn’t work. I was pretty sure it did.