Do you any of you know, if the below Wi-Fi controlled outlet works with SmartThings ? They are very cheap Wi-Fi plugs ($7 for two), I got them at HomeDepot and trying to see if there is a way to integrate them with SmartThings.

They are controllable via Eco Plugs app on my iPhone, when on same Wifi outlet switches instantly but takes few seconds when controlling remotely from different internet connection. so I am assuming there may be way to get these work via SmartThings, if there is not already a way then please suggest me a route on how do we get these integrated.

thank you for pointing me to that thread @Charles_Schwer

Yeah, I called a store an hour away because they showed six in inventory, they said they had them. An hour drive later, sorry, were not sure why it showed six, we haven’t had them since before Christmas…

Just wanted to follow up and see if anyone had any luck with these. Just bought 2 at Home Depot for really cheap and will buy more if it works with ST. I have had no luck so far unfortunately

I bought one package just before Christmas, and I love these things. The mobile app isn’t very sophisticated (it is actually quite basic and crude), but does everything I’d want and isn’t hard to use:

I’ve had them for over a month, and no problems so far. The main trouble has been finding more; I can’t find them online anywhere, or at any of the local Home Depots. One store told me they may have been holiday specials. I want at least two more, but I’d happily buy another couple of boxes if I could find them, even if they cost twice as much – they’d still be less than half the cost of any of the alternatives.

Honestly, with access to these, I can’t see how any of the much more expensive options manage to make any sales. If you can find them, buy them up. I can’t say whether they work with any other controller software.

Here are some shots of the Android app:

Post two and three are missing because of the new user hyperlink limit the forum imposes.

Hi @Sean_Russell, Could you help to verify if the devices are UPNP like Wemo, If they are upnp then there are possibilities to include them into ST , could you run an upnp checker to search in your network, you can use UPnP Tool for Android or Browse UPnP for IOS, thanks

@ule it looks like they are not UPnP, I tried via UPnP browser but this one is not showing up. I even tried on\off while I am browser but no luck

hI @KumarMudedla, Thanks, just one tip, have you other upnp devices in your network? sometimes the router have the upnp disabled, then you cant find the devices,

Yes, I see the app discovered other devices like Yamaha Receiver but not this,

just got en answer from KAB

The woods line of WION is the same thing and is compatible with the eco plugs and can be found on Amazon.ca

and others but im limited to 2 links!

Hi @ule. I can confirm that the devices do not show up as UPNP devices, and yes, I can see other UPNP devices on the network.

Walmart sells these as the “WorkChoice 1 Ol Wi-Fi Indoor Switch, White.” The model number from the manufacturer’s web site, and on the back of my devices, is the same (CT-065W), and the description mentions the “ECO plug” app. I have a few coming in the mail, so I’ll confirm when they arrive.

I contacted the manufacturer for these as well and asked if there was an API to control them outside of the app but they would not divulge any such info. I sure would like to get them to work with Smart Things because I have 4 of them and they are quickly becoming the worst part of my home automation only because I have to use a separate app to control them and there is no way to trigger them based on events. The do make great timers but would be 10 times more useful if they could be integrated. I did order the power strip but returned it once I found out that the 4 wifi outlets were all controlled together, a strip with outlets that could be controlled separately would be better.

Just got the shipment from Walmart, and they are indeed the same controller. They’re more expensive – at Home Depot they came two to a box for $15, and they’re $17 for one at Walmart – but they’re still less than half the big name brand versions, and they don’t require a central controller.

I agree that it’d be awesome to be able to connect to them over a protocol and send commands, but I’m still stoked that they work so well, for so little cost.

Hi @Sean_Russell, Could you check if they have a web interface? I have read some of the esp8266 and I think the eco plug can have a web api , can you access to the ip of the unit?

@ule I have several of these in my network and doing some basic scanning it appears they respond to port 1932 but that is about all I have figured out at this point. Using a browser to point to that address/port returns a “No Data Received” error so I suspect we just need to figure out what data it is looking for. I plan to do some re-cabling of my wireless network soon and will put a sniffer in to see what data is being sent when I control the plug remotely however it may be a couple of weeks before I get around to doing that. If nobody is able to find this info before I do I will post my findings.

HI @molley, Great news, I think the sniffer will give us all the information we need, I thinnk this device must have a simple interface , I have get some switches online but I’m not in town until 8 days more.

First, I’ll say that I’m not using Smartthings today, but another system. However, I’ve been tracking this thread as I have a bunch of the Eco Plugs that I wanted to figure out how to control. FYI, someone has figured out what is needed, and has written a plugin for homebridge (a HomeKit emulation server). The plugin info is here: 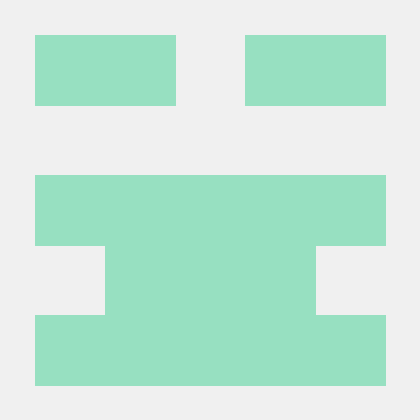 I can confirm that it works, as I have homebridge running, and am able to control my Eco Plugs using the homebridge-ecoplug plugin. However, I am not good enough at reading code to actually see what is being sent received. If you look at the github page, there is an index.js file that contains all the code. If there is anyone that is versed enough to look at the code and figure out what is being sent/received, I would love to know what the actual http commands being sent are too. Hope this helps…

I have not had a chance to re-cable my network yet in order to put a sniffer in front of my wifi access point but I did take a snapshot of the traffic going out of my phone when turning the switch on and off from my phone. I was not able to find much from that other than my wifi SSID and password are transmitted in clear text to some remote web address so I am removing them from my network (and changing my network password) until I can figure out what to do with them. I may hack them up like the person at the below site did since I don’t want anything transmitting my wifi info in clear text. I am posting this info so everyone is aware of the security risk when using these.

I also sniffed the traffic going out of my phone when controlling the switch, but I don’t see anything like what @Motley is describing (i.e. there isnt anything sending the Wifi SSD and password somewhere, at least not from my phone). Are you sure it isnt something else on your phone doing that?
Thanks to what @bigeazy000 shared (and the well-documented JS code on that project), it looks like a particular 128 byte (for reads) or 130 byte (for writes) UDP byte stream sent to port 80 is how you control/read from the switch. This aligns with what I am seeing from my packet sniffer.
I plan to port this over to a python script when I get a chance and will post back when I do

Just an update, I have been working with someone to get this working on a Vera, and already have done the packet captures, etc. You can see everything here: