Do you think SmartThings is "smart"?

I have said it many times throughout these forums… SmartThings is a very clever idea. But in the grand scheme of things: its implementation; user interface; IDE; do you feel it is smart?

I’ll mention a few things for starters. This is far from a laundry list of what I think could be added to SmartThings to make it better, but rather a few things I find particularly dumb based on decades long experience with HA.

1.) Dumb SmartApps. Practically every reference to a light or switch in SmartThings involves only ‘on’ and ‘off’. HA introduced remote dimming switches and outlets with x10 almost 30 years ago, and now we have color. But the majority of SmartThings’ out of the box experience ignores this, despite already knowing the capabilities of any inputted device to a SmartApp.

Instead, get ready to get your fingers between the fan blades and edit/write device specific apps for capabilities beyond ‘on’ and ‘off’. How smart isn’t this?

2.) No Scenes? A staple of Z-Wave since its introduction, and labeled as “action groups” from as far back as the dawn of Insteon and even x10. Perhaps the SmartThings team felt they had a better mousetrap in the works, but I have yet to experience it. Light groups and other macros are paramount to HA, and having to deal with each device independently due to different intra-device state changes is not only a huge step backwards, it contributes to the ‘big can of paint’ below. Being able to add/delete/change a device and its state to an existing controlled scene is a necessity when compared to the alternative presented by SmartThings.

3.) A Big Can of Paint, and a LOT of Corners. In other systems, when I remove a device, any ‘rules’ it solely belongs to are simply deleted as well (after a warning is presented). If other devices were targets for that rule, the rule would stand, and the device would simply be removed from it.

The SmartThings approach is for you to go through every app that references that device and either uninstall it, or remove the device’s reference. This can take hours in even a simple system. And if you uninstall an app whose functionality you might be unclear of, it could cost you hours more resetting it back up again for other devices it referred to. This is simply insane for a system that was designed from the ground up in the last couple of years.

So what do you feel are the dumbest aspects of SmartThings? And how would you like to see them educated?

I would like to see modes replaced with something like tags. Or allow multiple modes at the same time. I want to have my house in night mode while still having the away things active.

Generally I feel that actual automation requires a much more cohesive system than what is provided with Hello Home. I haven’t used other systems, so I don’t know how well (or poorly) things are handled elsewhere. There have been many cases where I’ve written a SmartApp because Hello Home couldn’t quite do what I wanted. Or it could do the raw action, but not based on my criteria. And nothing is aware of what other things have done. So if my thermostat turns off because the windows are open, but some other app thinks it should be on…

My opinion wrapped up into a nutshell.

Any “dumb” light that turns itself on/off without my interaction is “smart” IMO. Using “dumb” to describe STs is blantanlty not the truth. Go back to turning lights on and off with timers and see which one is “dumb” or “smart”.

I’m not saying there aren’t shortcomings with smartthings, and honestly i think with Hub v2 we will see a ton of awesome improvements. For how young of a company they are and how fast they have grown they are LIGHTYEARS beyond anyone else.

Coming out and saying it is all “dumb” is a bit curt.

As far as some positive critisicm…

Sometimes I think tech companies use the word “smart” the way that East Germany labelled itself the “Democratic Republic of Germany”.

Sometimes I think tech companies use the word “smart” the way that East Germany labelled itself the “Democratic Republic of Germany”.

LOL. I think this might be a little over stated. Comparing the way STs uses the word smart to anything relating to the situations in Germany at the time is a little extreme.

My feeling is that in it’s current incarnation SmartThings is great for small apartment or one or two bedroom house. The idea of modes works well when you only have a couple of people to consider and you both go to work at around the same time. Once things get more complicated then the modes are pretty much useless.

For example having a movie mode is fine for when you have two people who always watch movies together. In my house we have 3 areas where people commonly watch movies and TV. In this case a movie mode works for who? I would have to create many combinations of movie modes to do something that should be relatively simple. My work around is that I have an external app that operates as a sort of dashboard/controller. Every room is a zone and every room can have any number of presets.

I agree with the sentiment that making things smarter means not needing a bunch of remote control because everything should be fairly automated. However, while we might like to use robots we are not robots ourselves. It should be easier to snooze rules that control things like motion detectors turning on the lights. This can be done with modes, but again I would have to create a crazy amount of modes to make it work for the six people in my house.

The solution to most of these problems is a smarter rules engine with per user settings. Everyone in the house should be able to have their own movie mode that controls the things in the zone that they watch movies in.

I haven’t used other systems, so I don’t know how well (or poorly) things are handled elsewhere.

In systems I have used in the past and one that I still use (that is over 10 years old), their are ‘tags’. They are simply global variables that can be read and set by any rule or action in the system, and you can have as many of them as you want. Every trigger/action has an optional boolean based on the value of any variable to determine if the trigger fires or the action executes.

Global states would go a long way in giving SmartThings more up to date capabilities.

Yeah, I’d add that “Smart Home” is the same type of oxymoron as “Military Intelligence”

No Scenes? A staple of Z-Wave since its introduction, and labeled as “action groups” from as far back as the dawn of Insteon and even x10.

Just for the reference, there’s a long discussion about lack of scenes in SmartThings, so we don’t have repeat the same gripes here

Greetings! I'm a brand new Smartthings user, but I've used home automation devices for about 15 years. In the case of Smartthings, I think that's more of a hindrance than a benefit, because it looks like Smartthings is designed very differently from any of the solutions I've used before. Anyway, here's my basic question, which for some reason I just can't figure out: how do I set up a "scene?" I don't know if ST calls them something else, but I'm coming from using Vera, where everything was pretty much divided into devices and scenes. This is limiting in some ways but exactly what I need in others. Most of the time, I don't actually want my automation solution to think too much for me. Sometimes I just want to be able to hit a button and have all the lights in a room turn on to preset di…

Just for the reference, there’s a long discussion about lack of scenes in SmartThings

Yeah… I know. In fact, IT was the inspiration for this thread. I was actually going to post a link to this in that thread to expand the discussion to what other present day HA metaphors are missing from SmartThings’ platform. I just didn’t want to pollute that one.

The comment definitely was in the vein of hyperbole. But, I think we can agree they are on the same spectrum.

Not that I’m bashing ST. Every time I see a tech company use the words “smart,” “intelligent” or the acronym “AI” it tends to make me cringe. To be able to use those words to describe them, software shouldn’t make decisions that a five-year old would know not to make.

That being said, I’m hoping ST gets Smarter as it goes along.

Every time I see a tech company use the words “smart,” “intelligent” or the acronym “AI” it tends to make me cringe.

I don’t think the tech companies are the only ones guilty of this. My favorite is the “Smart Water” 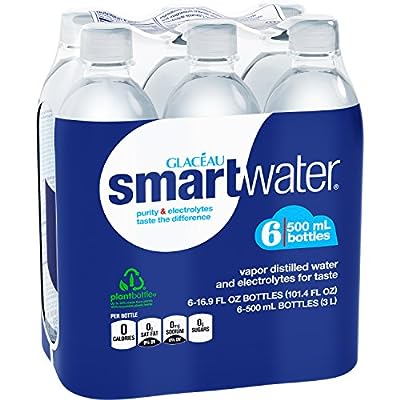 Have anyone tried integrating it with SmartThings?

My favorite is the “Smart Water”

I really liked that one, I tend to agree with that overuse of “Smart”!

I thought I was @smart. Oops!

This is too much fun. “Smart Balls” anyone? 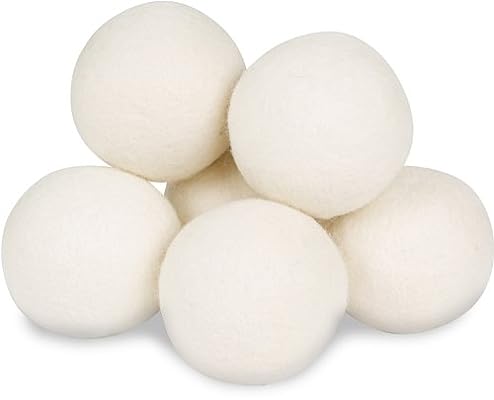