So with the Hue Iris costing ~$100 when it came out and is still ~$82 at Home Depot, I set out to make something similar but for a lot less (~$55 or possibly even as less with a couple of caveats) and ultimately, what should be a lot better (in some regards). 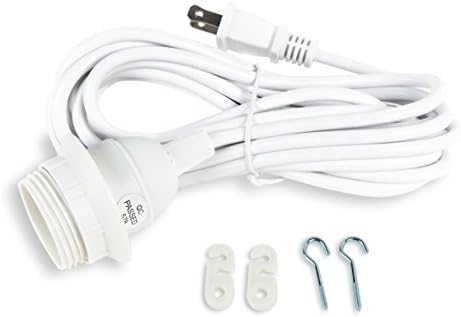 You will receive 15.5” White Hanging Light Cord with 2 Hooks and 2 Mounting Clips

b. 3D Print the following -

As a specialist, le FabShop knows how to recognize a good 3D printer. We were impressed by the quality of the Zortrax M200 and its high quality ABS. Le FabShop's creative director, Samuel N. Bernier, designed a lamp that would use its entire build...

c. With the right quantity/discount code, a LIFX bulb (I am using a generously donated LIFX Original for testing) -

With a light for every occasion, LIFX lights let you create unique experiences, light up rooms, and even add accents to your favorite furniture.

Now initially with the PLA print being more translucent, you would have thought this would look better but hold that thought for now. Here’s a quick few pics I took testing the two different types of filament, this are all on Auto Exposure so don’t judge the ‘light output’ of either the LIFX or the Iris later on.

PETG on the left and PLA on the right:

Not great pics I know so I do apologise. Personally after testing I found that the PETG filament print looked a lot nicer in terms of the lamp shade itself when lit up. What I do think will work well is a ‘end cap’ printed out of PLA to cover the end of the lamp shade and act as a diffuser for the light, much like a Hue Iris.

Speaking of which, here’s a VERY quick and nasty comparison with the Iris but once again, don’t use this to compare light output as Auto Exposure can change all sorts of things, PETG left, Iris right:

One BIG concern I initially had was heat. PLA cannot withstand as much as PETG and what with how hot these bulbs can get, I thought for sure the PLA would melt but initial testing seemed okay though I didn’t test for nearly long enough and with an end cap (probably best designed with air holes) it will just make things worse.

Anyway, thought I’d share and I hope you liked it.

Those look great! I actually got 3 iris’ for $25 each on clearance at Home Depot last week, but I’m definitely interested in making a few of these as well!

Fire safety for this design worries me. There’s a reason the Iris is as dim as it is. The LIFX is a much hotter bulb.

Within an LED bulb the internal generation and distribution of heat is such that it “desperately” needs access to cool surrounding air. The fact that it has that metallic housing is irrelevant in restricted air.

That 60 watt Wal-Mart bulb, when operating base down in open air and not even using a shade, has its internal LED case at 85°C, the absolute upper end of what is considered “safe” for full life expectancy. The same deal is true for competitive bulbs. Put a shade around it… and it’s a little warmer. Put it into any kind of base-up socket and it gets a lot hotter and all life expectancy numbers are off the table. Put it into any kind of porch or post light fixture, and it can fry, with its internal power supply components at the cliff edge of failure. Put the lamp in a ceiling-mounted fully enclosed fixture and set the timer for when failure will occur.

In other words, totally unlike incandescent and substantially unlike a CFL, reliability and life expectancy go down hill sharply as soon as you install it anywhere that air is restricted.

LIFX® Bulbs are not designed for use in:

“Does position matter?” Yes. {LIFX} Light bulbs positioned straight up or straight down will generally run cooler than sideways.

And if you are the person who made this fixture and your house catches on fire because of it, it’s quite likely that you will void your insurance policy.

It’s very cool looking, but I would at least have the design reviewed by a local fire safety expert.

Or maybe I’m just too conservative. Might at least be a good idea to check with LIFX support and see what they think.

You’re absolutely right on the potential risks, as always everyone must be aware of what you are getting into with DIY projects.

Honestly I kinda expected it to get a LOT hotter and virtually melt the PLA straight but it didn’t though I need to do a LOT more testing to let heat soak of the bulb set in. For reference with a thermal camera we tested a GE Link…

That’s 176 degrees F in American money… How about a Feit bulb from Costco? This is directly on the LED:

So yes, you have to be very very careful with LEDs. I will be doing some more testing though and for the laughs (or rather the tears of 3D printing) here are two of the failed prints before we got a successful one:

The safety issue isn’t just the enclosure melting. It’s the bulb itself overheating and the potential for fire at the electrical connection, never a good thing.

Just something to be aware of on projects like this.

At least for now these are somewhat ‘open air’ and convection should still get some of the heat out.

If I ever do make a diffuser for the end, it’ll still have ventilation holes in it but make no mistake, it’ll shorten the life of your bulb regardless.