I have the GE toggle switch and the add-on so I can install them in a 3-way circuit. I’ve done a few single switch, but this is only my second 3-way switch. The previous install had a neutral in each box, but this one only has a neutral in the main box. I tried to map out the wires and I have a 14/3 coming from the breaker, another 14/3 going to the secondary switch and a 14/2 going to the light.

I’m not seeing everything that has to be connected based on the way things are currently connected. 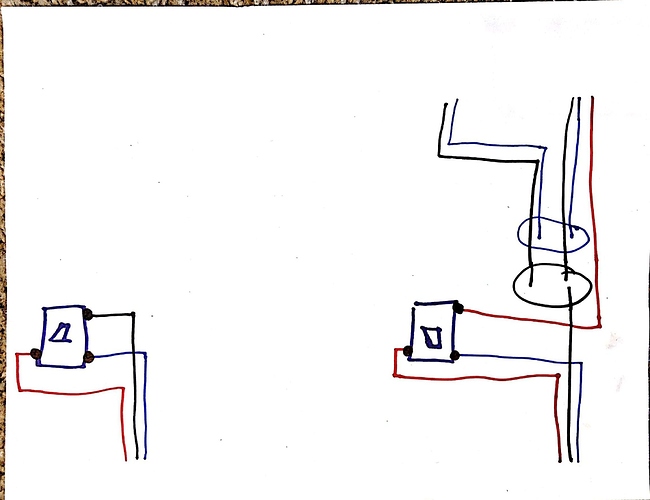 Start here ( The topic title is a clickable link)

I’ve decided to put this FAQ together to help those with questions about installing GE 3-way switches. Definitions of terms: Line: The hot wire from the breaker (usually black) Neutral: The return wire for circuits (usually white) Load: The wire that will be hot when the circuit is completed to your light (usually black) Traveler: In existing 3-way wiring, this wire toggles hot between two switches. In a smart switch 3-way configuration, a smaller charge is looped through the add-on switch. Some things to know: 3-way wiring for smart switches is different than standard 3 way wiring. You cannot use dumb 3-way switches with most smart switches (You must purchase the matching GE add-on switch to wire with your GE smart master switch). If the line is wired into the light fixture, you …

Presuming that your light is in the middle, you are going to have to reconfigure the wiring at the light to route a neutral to the switch that doesn’t have one. The GE switch only needs one traveler to communicate, so you’ll use the other one to send the neutral. Look for explanations by @ritchierich.

Sounds like the wiring was done at the light fixture versus the switches. I ran into the rams problem and got some help in this thread. Check it out, it’s pretty simple to “fix”. I’ve run into it one other time at my brother in laws house last month and had to do the same thing. @ritchierich was the MVP that solved it for me!

Ok marked up one of your pictures to help. Your line and load are all in the 2 gang box and line is being “sent” to your single gang box via black wire circled. For 3ways to work, line is on 1 switch and load is on the other. [image] Master must go into 2 gang box: disconnect the 2 black wires I circled as line. The one going to the 14-3 Romex in the upper left side is not needed. Put a wire nut on it. This is the wire that is feeding power to your other switch which we don’t need any longer. The one that is part of a 14-2 Romex is your line and hook that up to line on your master switch. Looks like only 2 wires are bundled together if more then hook both up to master line terminal. hook up black circled load wire to load on master Neutral: put pigtail into neutral bundle or you …

I had to change my thinking and stop looking at the aux switches as switches. The main switch (4 connectable posts) controls the power to the light. The others merely tell the main switch to make a change. Consequently, the aux only have a neutral and a runner (sometimes pink.) My rewiring required me to run the common all the way to the light, bypassing the aux switch so that only the main had powered control of the light. Mine was a 4-way but it is the same logic. Hope that helps.

Thanks everyone for the help. All of the info help me visualize what was needed. The black wire running from the 14/3 connecting both switches was capped on each end and the remaining 2 black wires where connected to the load. The white wire was bundled together to make the neutral run to the other switch as well. 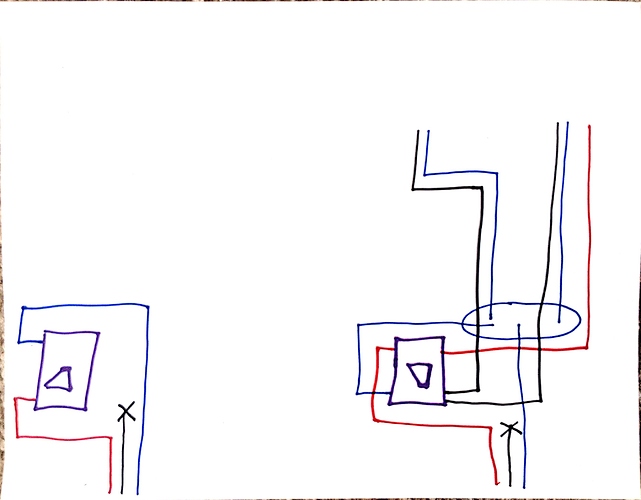