I posted in another Topic recently that there’s more and more evidence that SmartThings is likely to be reorganized and no longer run as an “independent” subsidiary of Samsung (4 years after acquisition in August 2014). My first comment was on a thread about the SmartThings Store being merged with Samsung’s Store.

Throwing another log on the fire here. Latest Glassdoor review (unverified), which describes the transformation of SmartThings

Samsung; and … mentions Alex Hawkinson leaving. Was bound to happen someday. Or maybe this is not factual.

His departure was confirmed by a source inside SmartThings. The current head of SmartThings is Matt Lynch.

Robert Parker’s (CTO) LinkedIn profile lists himself as an employee of Samsung (not SmartThings). https://www.linkedin.com/in/robert-parker-44b5024/ The people are amazing. Some of the smartest and most passionate I've ever worked with, but the best ones are slowly leaving. I think after our midyear review we'll probably see a lot more people leaving, which sucks but makes sense. The...

With Alex’s [Hawkinson] departure, we no longer have a CEO and the other execs are either never in office, obviously don’t use our product (with the exception of our really savvy CTO [Robert Parker] who knows everything about the product…

Smart home industry is a money pit for the tech giants that want to secure a future place on the market. They have to do financial acrobatics to justify the losses. Look no further than Nest and Alphabet. They are going through the same problems.

I’m not really surprised, I’m more surprised it has taken this long. As someone involved in a company that has been ‘purchased’ and in turn we have purchased four other companies, we saw both ours and their CEOs change very quickly.

Nest’s problem is that they utterly refuse to become even remotely price competitive. I’m hoping that’s going to change the further they get reintegrated back into Google. 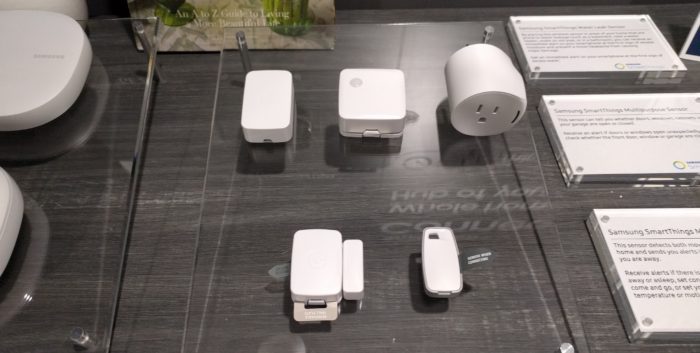 Did you know SmartThings' CEO Alex Hawkinson left in March? - Stacey on IoT |...

Alex Hawkinson, the chairman and former CEO of SmartThings, left the company in March. I somehow missed this, but apparently so did a lot of other people. SmartThings, which makes connected home software and hardware, was purchased in August 2014 by...

The passion and intelligence people bring to work every day is clouded by a complete lack of direction. There is really low morale and our leadership lacks vision and direction.

I guess not much have changed at ST in four years despite all the promises and high hopes.

Although I’m not French, I totally agree with their saying “the more things change, the more they stay the same”

Wink, which was owned by Quirky, was sold off during Quirky’s bankruptcy proceedings to a company owned by Will.i.am.

the article got their facts wrong. Wink was acquired by Flex from the Quirky bankruptcy which in turn sold it to Will.i.am’s company last year.

… the article got their facts wrong.

The gadget media is notoriously inaccurate these days. Real shame.

The headline also says Hawkinson left in March … I think it was actually just May; but I don’t have another source to reference.

Hawkinson is quoted a Samsung interview (representing SmartThings) in an April 2018 article, but the actual interview was at CES in January…

The fate of the connected world with Alex Hawkinson

Alex Hawkinson is the founder/CEO of Smart Things, a Samsung NEXT portfolio company and the world’s foremost open platform for smart homes and the Internet of Things. Alex met with Ryan Lawler at CES 2018 to discuss the future of IoT and how...

They’ve discussed the Wink Quirky>Flex>Will.i.am history in their podcast before. Not sure she she didn’t outline that.

The passion and intelligence people bring to work every day is clouded by a complete lack of direction. There is really low morale and our leadership lacks vision and direction.

I guess not much have changed at ST in four years despite all the promises and high hopes.

I guess when you are a pessimist who “left” the platform ages ago you’d think it.

you are a pessimist who “left” the platform ages ago

I’m actually consider myself an optimist for sticking with SmartThung as a user for this long, hoping there would be a breakthrough one sunny day. Obviously, I’ve been more optimistic than some of ST employees.