Can I create a Device Handler to control two switches of my double relay device?

In fact I want to create a universal Device Handler for Z-Uno https://z-uno.z-wave.me. For this I want to understand deeper how to host many similiar features in one Device Handler (like many switches or many temperature sensors). Z-Uno is very flexible and the handler should be fexible too.

As I got, “view” (tiles) can be static only, so anyway user will need to upload a custom handler for his individual Z-Uno sketch. Or can we somehow “interview” Z-Uno to then use “if”, “for” to generate tiles?

If not, is it worth to make a Device Handler generator or it is too complex for users to load them? What is the best practice in SmartThings?

Just in brief, Z-Uno can be programmed like an Arduino to them become a Z-Wave device with up to 32 features in one: switches, dimmers, sensors, meters,…

You should take a look at using the Composite Device Handler to allow more that 1 of each capability in a single device. I am using this to create a Parent Device Handler which listens for events from an Arduino/ESP8266 to then automagically create a Child Device for each unique device attached to the microcontroller. So, for example, you could attach 16 relays to an Arduino Mega, and that would result in 16 “Switch” child devices being created by the one Parent Device. This then provides a means to use all 16 relays as if they were individual devices by any other SmartApps.

Take a look at my Parent and Child Device handlers in my Github Repo. If you have an ESP8266 board laying around, you could have one of my example sketches up and running in a few minutes by following my ReadMe. Then you could see exactly how I create child devices on the fly.

Of course, to use the Z-Uno, you’ll need to remove the LAN connection commands and replace them with Z-Wave equivalents.

It operates as a multi channel device. 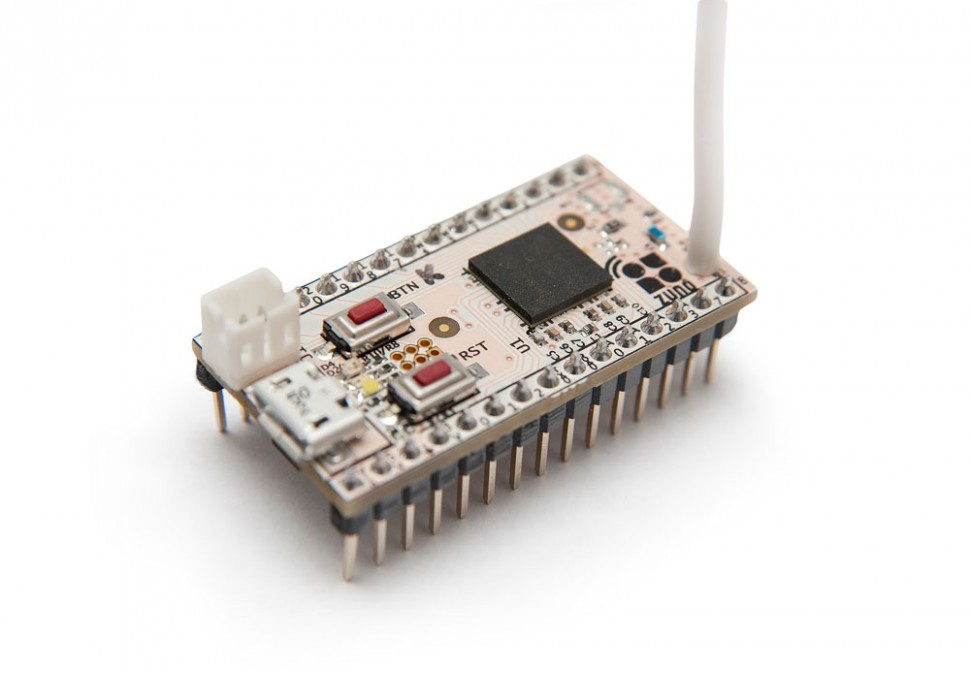 Z-Uno is the first and only easy to use developer board that allows you to create your own Z-Wave device without deep knowledge of Z-Wave protocol or programming. Z-Uno is a mix of Z-Wave home automation radio protocol power and Arduino simplicity....

So I would look at examples of DTHs for other multi channel devices.

edited to add @ogiewon beat me to it with a much more detailed answer, but I’m going to leave this post up since it includes the links to the Z wave conformance statement.

And here is a another good post about using the Composite Device Handler with a Z-Wave device (although it does not auto-create children on the fly. it assumes a specific device configuration by the parent.)

Today SmartThings deployed a device handler for the Zooz ZEN20 Power Strip that uses the recently released Composite Devices feature of the SmartThings platform. The ZEN20 is a Z-Wave device with five separately switchable outlets. There was no published device handler for it before today, but Community members stepped up and created handlers that allowed the individual outlets to be controlled with custom commands (and we appreciate those contributions). The custom command approach worked great in allowing each outlet to be individually controlled from the device detail page, but it didn’t allow many SmartApps such as Smart Lighting to control individual outlets because those apps only work with the standard Switch capability. A custom SmartApp was required to control the individual outle…

Thank you @ogiewon and @JDRoberts.

Yes, Z-Uno is using MultiChannel and I’ve already got how to handle it, but creating multiple devices out of one physical is not well documented.

Also I was surprised with no DTH for i.e Fibaro FGS-223 (Double Switch) that uses both switches separatelly.

I hope I’ll manage to solve this and publish for the community.

I had to do this for my Philio dual relay device. I made a device handler that spawns 2 child devices, it’s based on code from other devs and a virtual switch child device that’s already been published so you don’t need 2 handlers.

Have a look, it could be easily adapted to work with the Uno. I’m assuming it’s the creation of virtual child devices you’re struggling with, not the multi endpoint mapping.

I’ve just updated this device handler to include an option to enable/disable child devices. This just means if you’re only using 1 channel you can still use this device handler over the default “Z-Wave relay” and still enjoy the benefits of this handler. I’ll update the repo soon, once I’ve finished testing.

BTW, here is the device handler I based mine on, and it also handles the Fibaro FGS-222 (and other multi-relay devices) if that’s more use to you, it has a lot more code and options than mine does.

Hi all, I have yet another (the third I think) iteration on this device handler. This time I have taken [deleted] (@anon36505037) and Eric’s (@erocm1231) device handler and added Child Devices, hence you dont need to use a SmartApp any more, making it easier to have multiple devices (if you have two FGS-222’s). Because the Philio PAN 02/04/08 models use similar commands to Fibaro FGS222, this device handler should work fine with Philio aswell, I have added one extra parameter to the config section to allow Philio configuration. If you have a Fibaro you can leave this parameter (2) blank (in fact all commands can be blank unless you want to override the detault values). Installation is simple, all you do is install the Fibaro FGS-222 device handler (add it as code, then press save and …

Did anyone ever get the z-uno to work? I have an idea for one.