Amazon has a $10 coupon automatically applied at checkout for fabriq speakers so it ends up $29. I am trying to find a reason why I need another one…

Are the fabriq speakers any better than the Echo?

What do you use these for? It appears I need to find a reason to buy my first.

I use mine for TTS SmartThings announcements (e.g. “The side gate is open and there is motion by the utility room door.”) Using custom DTH/smartapps available here. Can also be used for music of course.

I just got one for $38, but at $29 that is a good deal. One warning - they need to be connected via USB full time for power - the battery life is pathetic.

Well, looks like you just saved me $100. I’ve literally been looking all morning for a device of this sort. Was just about ready to hop on a Samsung R1, but this is a MUCH cheaper option for TTS.

I ordered 2 just because…Had no idea that they were capable of TTS! Win!

Put that as as separate thread earlier but amazon has the August lock pro (3 gen) with Zwave at $184. link

The Amazon information is wrong. After driving some distance to a store w/ kiosk, turns out they are NOT honoring those prices. Confirmed with Zack (no last name available), manager of Kiosks.

I jumped in finally!

I ordered 2 just because…Had no idea that they were capable of TTS! Win!

I’m in for 2 as well. I’ve been wanting TTS for bedrooms for a while but didn’t need Samsung wams or Sonos when we already have Echo in every room.

Use the following link to the manufacturer site to see the sale price: 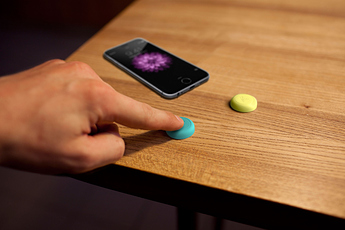 As I’ve written elsewhere, I really like the flics and use them at my house. You can use them with smartthings through the IFTTT integration. However, they need some way of getting to the Internet, and the buttons themselves only have Bluetooth . You can pair them with a phone, with a tablet that has both Bluetooth and Internet, or with their new bridge which will be coming out In 2018. They will only be able to communicate with smartthings If this Internet connection is available, but if they are paired with the phone they can use the phone’s cellular connection, not just WiFi. That makes them a good choice for an emergency button and they can also be used outside the home. But if you take the phone outside the home, any buttons left at home will not work until the phone returns. So it just depends on the details of each use case as to whether they are a good fit.

Connect Flic to and more.

Darn it! I should have waited!!

Via select Alexa-enabled devices and for Prime members only, Amazon offers the Philips Hue White and Color Ambiance A19 60-watt Equivalent LED Smart Bulb for $26.99 with free shipping. other deals too! 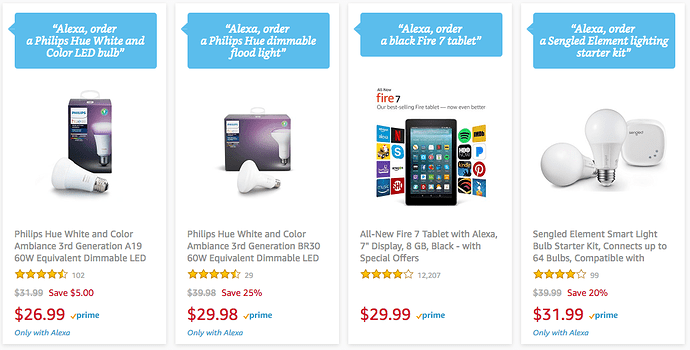 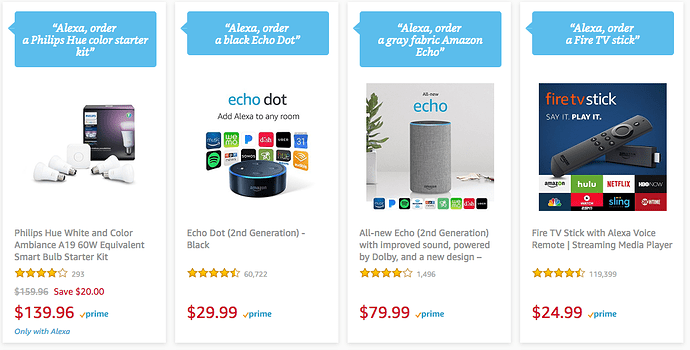 I think @tgauchat was looking for BR 30s …

Great price on the Caseta starter kit, by the way. That’s the one with two dimmer switches, not just one. 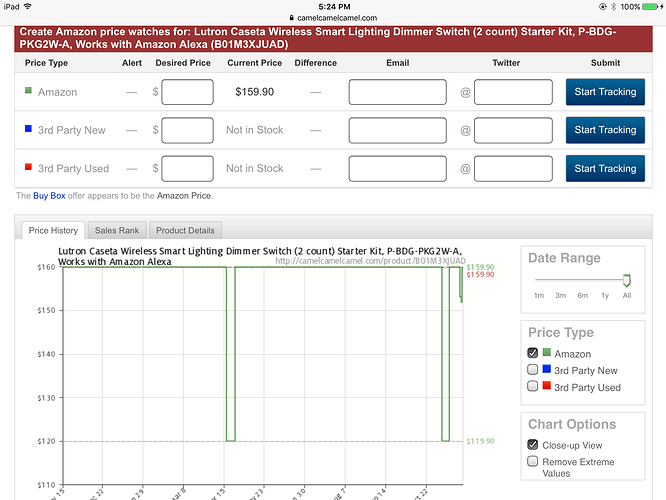 These buttons look like they have a great tactile feel.

These buttons look like they have a great tactile feel.

Yeah, the feel is great. Solid rubbery Button, yet easy to tell click from double click for most people. I just did a long review on them in the topic thread about buttons that service dogs can use:

Press with nose or paw? (Buttons to be pressed with the nose generally need to be a little softer if possible, but most dogs can more easily press a concave button with their nose than with their paw) And does the dog already know how to press a button? Also, what’s the breed/size of the dog? Larger dogs generally like larger buttons. [IMG_4331] [IMG_4332] And for most dogs, pressing a button with their nose is a much more natural behavior then pressing it with their paw, especially if it’s mounted at nose height, as long as the button doesn’t have any sharp corners. More natural generally means a more reliable behavior, which can be important in an emergency especially if the dog is likely to be distracted by anything else going on. Alternatively, a button push with the paw on a butto…