Hello
I have the HRT4-ZW and ASR-ZW paired together and wish to just infrequently monitor/adjust the temperature with ST, without taking full control as they’re installed in an outbuilding and signal strength isn’t that great.
When I add the HRT4 stat to Smartthings, it causes the HRT4 to stop communicating with the ASR receiver unit. Not what I wanted.
I also can’t figure out how to add the ASR unit to ST, there’s no instructions I can find on that!

Could anyone help me please? Especially to know if the HRT4 can only be paired with one other device (seems either ASR or ST). And any ideas what all the letter codes on the HRT4 mean?

Just to be sure we’re all talking about the same thing, these are the Hortsmann RoomThermostat and its receiver, right? Also sold under the Secure brand name.

If so, there’s an existing thread in the forum that discusses those two products and the fact that the switch needs to be reset if you want to use it with smartthings. So I suggest starting with that. If nothing else you should be able to talk to some other community members who are using it. (The topic title is a clickable link)

Hi all, had a fair bit of aggro getting these things working so thought I’d knock up and all-in-one post. I’m UK based and wanted a smart heating system. Nest etc didn’t seem to do what I wanted, and having an existing smartthings ecosystem (temp sensors etc) I wondered if it were possible to add something cheap that would be (a) a bit of initial aggro but, (b) work well for my needs. Requirements: Cheap Reliable Customisable (to link into home alarm, wake alarms, presence sensors, multiroom etc). So first up, bought one of these from ebay for £25 (£60 new) https://www.directheatingsupplies.co.uk/horstmann-hrt4-zw-wireless-digital-room-thermostat-nu0690401000. Had a load of aggro installing it, finally following the instructions from here : The ‘aggo’ part was mainly down to poor in…

As for the suffix, It is quite common for device manufacturers who offer the same device in multiple RF protocols do use the suffix to indicate which protocol module is installed in the device. In this case, – ZW just stands for Z wave.

If you meant the letters on the device itself, when all else fails, consult the manual. 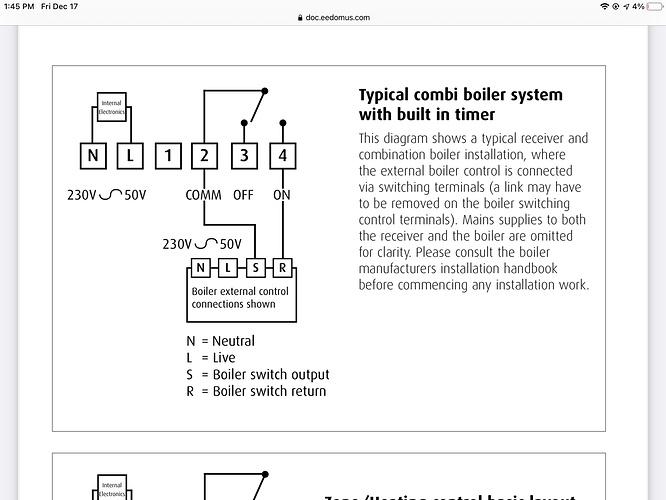 Thanks mate, yes same things. I believe Horstmann were taken over by Secure and rebranded the SRT321/323 as the HRT4-ZW (I omitted “zw” on some of my posts out of laziness!). Not sure what the other equivalent of the ASR-ZW (boiler receiver) is though.

I think it’s already been reset, they’re all brand new units anyway (I bought several sets of them). I’ve got that manual but unfortunately it doesn’t appear to help as they only seem to concentrate on how to connect the HRT4 to ASR, their two products. Vesternet also had some instructions (slightly different to the manual) which I’ve tried, but same thing - the problem is that the link between them breaks when I add the HRT4-ZW to ST, and so I’m not sure if that device can only be exclusively paired with one other thing?

The letters I meant are the ones displayed on the thermostat LCD, such as “PP”, “L”, and so on…… god alone knows what they mean!

So also there’s nothing I can find about how the ASR-ZW connects to ST, I’ve tried scanning for it while pressing the 3 buttons all randomly, but unfortunately can’t find any info about that device. I’ve asked Secure a while back and never had a reply (hmmph!).

As for the letters on the display, aren’t those in the manual?

Turn the rotating dial on the front within configuration mode and select the desired function by pushing the dial once:

Anyway, the main point is that when used on its own, the thermostat acts as a hub and the switch is then connected to the network established by that hub.

If instead, you add the thermostat as a device on another hub’s network, as you would do with smartthings, you have to reset the switch so that it can then be added to the new network also.

But again, try talking to the people in that other thread as they are the ones actually using it with smartthings.

Ahhhh - you’re the man! That manual show far more than the basic Horstmann one I’ve got does and includes some sections I’ve not read before. Great to also see what all the LCD codes mean too. Thanks very much for that. Will give it a go tomorrow as it’s too cold/too late right now to play around with the heating!