This is great, just what I needed.

I am looking at using the REST built in an Arduino YUN currently also. It actually doesn’t look that hard to do, I just need to spend some time on it.

Hello,
We have a couple of shields we are using here at work and have a few points.

There are no mounting holes that line up with the existing Arduino board holes.
This means you cant use standard Arduino cases with out cutting posts down and taping the case together.
please note we are using mega2560 boards and may have a different form factor that was designed for.

Any reason the I2c sda/scl pins are not brought up to the shield?
it would be convenient if unused pins on the shield connectors were routed to spare pads in the prototype area.
otherwise its all good.
Regards
Bart

@jodyalbritton Can you share the groovy code that goes along with this?

Sure. I added the groovy file to the repository. 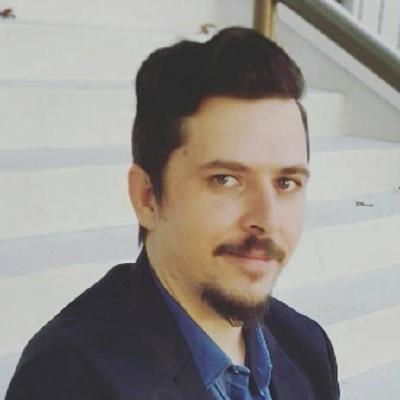 Contribute to jodyThing development by creating an account on GitHub.

This got me unstuck. I was confused by the device type structure and just needed a good example. I have my existing alarm system devices connected through the ThingShield connecting directly to the panel. Thanks!

I have an existing lightning detector circuit along with some other weather relater sensors already built I want do integrate next (just ordered another shield). I will have to use a mega since I need a few more interrupt pins. I have a few actions I want to trigger through the smart hub if a lightning storm comes up.

For the shield itself, a pass-through of the I2C pins would be nice

Others have mentioned, this, but I’ll second the need to represent more than one type of device from the ST Arduino shield.

The hang up seems to be you can’t represent the Arduino shield as more than one device type. Is that still an issue or has that been solved?

The Arduino shield should be able to be presented as anything, and be event driven. So ST hub doesn’t specify any update rates for sensors, it’s the Arduino field nodes that define the update rate, so all updates are event driven as far as the ST hub is concerned.

A Thing Shield can represent many device capabilities, but only one of each capability. I was able to use a SmartApp to multiplex/demultiplex multiple “contact sensors” into virtual contact sensors. This gives one the ability to have one Arduino host many of the same capabilities. Not ideal, but it works.

Frustrating. Lots of questions about what we’d like, but not much visible improvement. I have an X10 to ST interface using the Arduino Shield that works perfectly and is completely self contained (no PC required).

X10 working! Requires about $115 in hardware, but is fully self-contained! SmartApps & Automations

So I have x10 working back and forth with SmartThings. First, I’ll tell you what it requires… Netduino board… $40 Rs232 shield… $11 Cm11a x10 interface… $30 SmartThings shield… $35 To build it, you just stack the rs232 on top of the Netduino, and the smartthings shield on top of the rs232 shield. Plug the cm11a into the rs232 shield and an outlet, and your hardware is ready. For the software, the Netduino has to have the custom app I wrote loaded. To get it working, you join the shield to SmartThings (it will look like a switch), and then you use one of two smartapps I wrote. The first smartapp lets you send an x10 command when a switch or contact sensor is activated. The second smartapp lets you turn a switch on or off when a certain x10 command is received. I know that sounds…

I have it running, and haven’t had to reset it in months, and have never had it not work. However, the huge limitation is that, as others have mentioned, the shield can only represent one device. If I was able to have multiple virtual devices from one shield, I could completely eliminate my Homeseer system and control all the x10 devices I have.

But I can’t, simply because ST doesn’t support the idea of multiple devices per shield.

Its doable now, though a bit of work [shield device <–> smart app <–> virtual device(s)]
As the trainer guys say, just do it…

I have written some smart apps to expose individual devices. But having to expose the virtual device via a smart app means that natively assigning those devices (lights, switches, whatever) to existing smart apps won’t work, which is the best part of smartthings imo.

@johnwest80: Thank-you for putting in words what’s been in my head (and various posts…) for a long time now. And your proof-of-concept builds is also tremendously reassuring that you understand these issues.

I sensed that this would be a problem (i.e., the one:one physical device to device object relationship) for a very long time now.

Even with the SmartThings branded multi-sensor, for example, there is no practical way to have multiple tiles for the various functions visible without drill-down into the tile configuration page (i.e., at least 4 tiles should be generated for each multi-sensor: open/closed, temperature, orientation, activity). Some sort of shortcut system would be great, and then it could also be possible to place “copies” of the same device tile in multiple groups (e.g., open/closed could be in the “Foyer Group” as well as the “Security Group”.

The Dashboard is the current hack that implements some shortcut features, obviously, but I think that many consumer-type users find it confusing.

And, overall, consistency between object representations for SmartApps, GUI, and external-API is highly desirable. So I hope that any conceptual architecture change that “makes sense” and is “flexible and powerful” can be thoroughly considered by ST. It is hard to drive such changes from the bottom up, I fear. A lot of differing opinions (don’t get me started again on my Christmas list concept of “Scenes” as first level objects…).

If you use a SmartApp as a multiplexer/demultiplexer between your custom Arduino DeviceType’s capabilities, and a set of virtual devices… You can then use standard SmartApps to interact with the Arduino via the Virtual Devices. I have successfully accomplished this, as have others. Check out my code for my Garage Door Arduino project.

@ogiewon,
Before I dig into your code, are you saying that I could, for example, have two switches that “turn on and off” via my Smartshield, and use either/both in all smartapps that ask for a switch?

Any smartapp that asks for switch or light, I can in some way add any of those above somehow? This would be awesome!

Please confirm and make my day (and, if you can point me to your code or somewhere that explains this, that’d be great!).

Yes, you should be able to control many “Switch” type of devices (e.g. X10 Appliance Modules or Wall Switches) via one Arduino. You will need to create a custom Virtual Switch DeviceType. You could start with one of my Virtual “GarageDoor” DeviceTypes, and simply change the icons and limit them to only two states (on and off). There are probably other examples of this as well floating around.

You will definitely need a custom SmartApp to link the Virtual Switch devices, to your Arduino DeviceType code. Take a look at my Mux/Demux SmartApp as an example. You will probably need to pass to the Arduino, via the DeviceType code, a numeric index to represent which X10 module you want to turn on/off. Similar to how I handle the Open/Close commands for my two distinct Garage Door relays.

I definitely Echo making it smaller with pin headers instead of an entire shield, most of my work I have done with nano’s and the shield just takes up too much space. I would also like to see the price point slightly lower, I can currently get an industrial temp rated wifi module for 14 dollars.

All,
I have just posted a new topic about a project, ST_Anything, my son and I have developed to make using an Arduino with SmatThings as simple as we believe possible.

Hopefully the ST_Anything project will at least provide some examples of what is possible. It also includes an upgraded Arduino SmartThings library which you can read about in the other post as well as on the GitHub repo at https://github.com/DanielOgorchock/ST_Anything

I’d love to have an LCD or TFT console that would display status of lights, doors, etc. It would be handy to have in the kitchen or bedroom so you don’t always have to look at your phone. Is this something anyone has tackled with the shield?

@Dallas_Kincaid you should probably take a look at the following discussion. No need to use an Arduino and LCD screen as a display when you can simply re-purpose an old smartphone or tablet to create a custom dashboard that is always on and only displays what you desire.

http://action-dashboard.github.io Visit project’s home page to download SmartApp and view installation instructions. [image] What is it? ActiON Dashboard is a fast and light web client for SmartThings. It is designed to run in any modern browser, regardless of operating system or screen size. ActiON Dashboard SmartApp easily installs in 2 minutes. Create as many instances as you need and pick relevant devices for each dashboard. ActiON Dashboard has no dependency on the SmartThings Mobile app or third party services. What is it for? Install as a native app to your smartphone to for a quick, user friendly access to your devices. Install on a wall-mounted tablet as a whole-house control panel. Create dashboards, as needed, for your family and friends and decide what they are allowe…

If any of you are still curious how to expose multiple inputs/outputs on one Arduino as individual top level tiles, please take a look at my new ST_Anything_Doors project. In this example, I expose 4 Contact Sensor devices and 2 Door Control devices from one Arduino as 6 individual tiles that standard SmartApps can use without customization.

All, As promised, I have rewritten my old Garage Door Arduino Application (now called ST_Anything_Doors) using my new ST_Anythings and SmartThings libraries. ST_Anything_Doors utilizes a DHT22 temperature/humidity sensor instead of the Dallas Semiconductor DS18B20 sensor. I have also added a Motion sensor to keep an eye on the interior of the garage. ST_Anythings_Doors includes a new standard SmartThings Device Capability in the form of a "Door Control" device. I have written a new C++ class called IS_DoorControl for the Arduino to implement the Door Control capability which is typically used for a garage door. This class includes a digital input for a magnetic contact sensor as well as a self-timed relay output for "pressing the button" to open/close the garage door. Please read…

I’d like to echo the comments that suggest XBee since that is all but the de facto solution for many add-ons, shields, etc. and not only Arduino, but RPi, BeagleBone, Propellers, PIC’s and whatever. And nothing really needs to be done in hardware since XBee shields/adaptors would work out of the box. I’m guessing the current ST/Arduino lib would need to be ported to the XBee API.

As far as new ST hardware for the maker world, how about an RPi add-on to add both the XBee socket and break out the I/O for easy access, and maybe add some SPI/I2C driven analogue inputs? Or, now this is getting a bit adventurous, some servo or motor controllers? SmartThings controlled robotics anybody?