Does anyone know if amazons new dash buttons released in the UK today can be programmed for the IOT like the US one. or are these specific for ordering stuff from amazon?

What can you do with the US ones then?
Can’t see me wanting a dedicated button to order washing powder but if you can do other stuff with them…

OK, seems you can do all sorts: Whether you're an industry veteran or a hungry brogrammer, one of these hacks will make your Sundays a lot more interesting.

also here in the community…

Or try one of these… for much greater cost:

Z-Wave Fibaro Button allows you to control devices through the Z-Wave network and run various scenes defined in FIBARO SystemCompatible with any Z-Wave or Z-Wave+ ControllerCompletely wireless with battery power and Z-Wave communicationMay be...

Different things work for different purposes. The Fibaro button is one button for £40. Remotec makes a device available in both the US and the UK which has eight buttons for £42, and each of the eight buttons has three functions (tap, double tap, and long press).

Information about that one and more, including some individual buttons, in the FAQ on buttons and remotes that work with SmartThings. The Remotec is near the end, post 43. It’s smaller than it looks in most marketing pictures, not much bigger than a minimote. 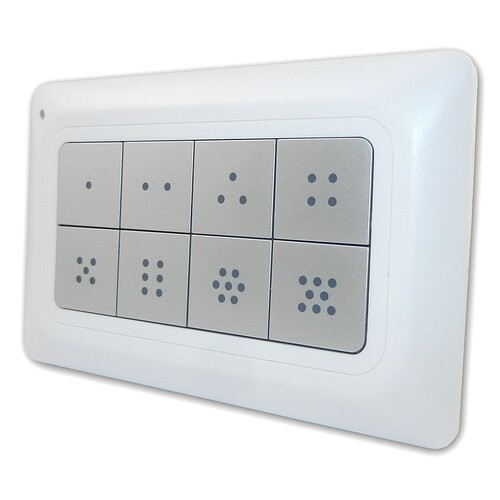 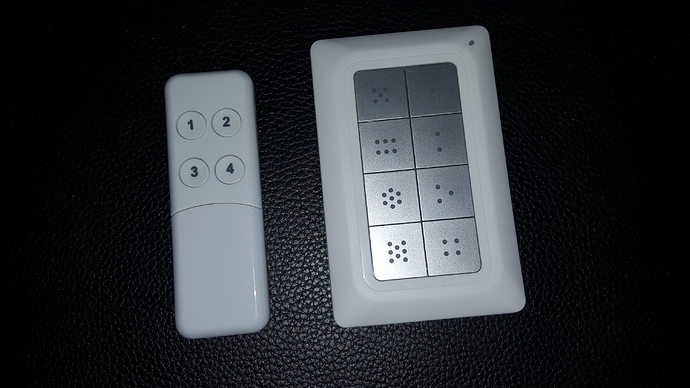 And for £28 you can get the NodOn NIU Smart Button, which is an individual Bluetooth button that has an IFTTT channel, so very easy SmartThings integration that way. The only problem with that one is you have to have a phone or tablet nearby. It’s listed at the very end of the remote/buttons FAQ thread link to above. 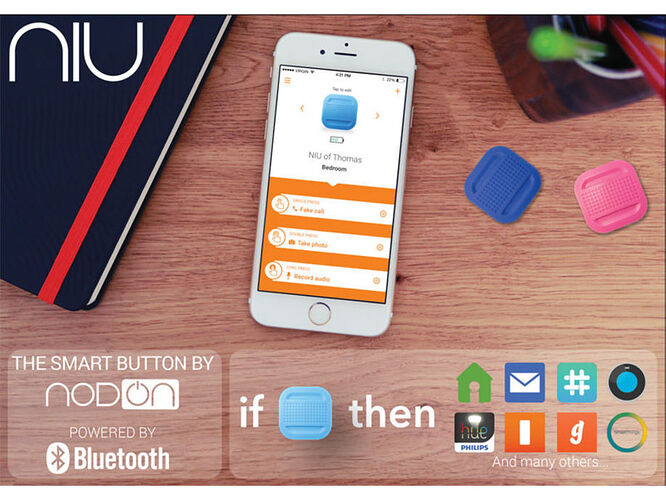 The Amazon Dash button with a consumer product logo can be hacked, as mentioned above, but you can’t get full functionality from it and it doesn’t have a replaceable battery. Amazon only intends it to be used once a week or so, which is what lets them say 1 to 2 years battery life. If instead you’re using it as a home automation button, it will probably die in a few months. Amazon’s official estimate is 1000 clicks before the device dies. That can make it more expensive than other choices in the long run. So fun to play around with, but may not be all that practical.

In the US, Amazon also offers a version of the Dash button specifically for programmers (AWS logo instead of a consumer product logo), but I don’t think it’s available in the UK yet. For that one you get full functionality, but you have to sign up for an Amazon developers account and write some programming on the Amazon side before you can do anything with it. But some community members in the US have been testing it.

So certainly if you don’t mind taking a device apart and writing some code for it the Dash button may have some uses in some homes. Just remember that the battery can’t be replaced and the device life is about 1,000 pushes.

If anyone wanted to pursue this, they’re 99p at the moment.