AWS IoT is a managed cloud platform that lets connected devices easily and securely interact with cloud applications and other devices. AWS IoT can support billions of devices and trillions of messages, and can process and route those messages to AWS endpoints and to other devices reliably and securely. With AWS IoT, your applications can keep track of and communicate with all your devices, all the time, even when they aren’t connected.

AWS IoT allows you to easily connect devices to the cloud and to other devices. AWS IoT supports HTTP and MQTT, a lightweight communication protocol specifically designed to tolerate intermittent connections, minimize the code footprint on devices, and reduce network bandwidth requirements. AWS IoT also supports other industry-standard and custom protocols, and devices can communicate with each other even if they are using different protocols.

I’m excited to see where this goes.

Love it. Love the competition.

I wonder what this means for echo v2?

Amazon Launches AWS IoT — A Platform For Building, Managing And Analyzing The...

Make way for another big player entering the Internet of Things space. Amazon today is announcing its long-awaited IoT platform for AWS at its re:Invent..

If I understand this correctly, Amazon is providing this platform for Home Automation developers and companies, but not intended for end consumers.

Amazon is providing this platform for Home Automation developers and companies, but not intended for end consumers.

Yes, just like the rest of AWS offerings, it will allow “smarter” companies to leverage existing infrastructure instead of building their own and bring the product to the market faster. But I wouldn’t be surprised if Amazon came up with their own consumer product based on this technology.

I wouldn’t be surprised if Amazon came up with their own consumer product based on this technology.

From my experience, those that shied away from Amazon’s tools based on this fear lost out to others that embraced Amazon.

From my experience, those that shied away from Amazon’s tools based on this fear lost out to others that embraced Amazon.

Well you should ask Borders how well it worked for them when they decided to let Amazon handle all their online sales rather than developing their own platform.

I consider Amazon’s retail space as a different animal than their platforms. But point well taken. I should have phrased it as “most”.

One obvious outcome is it’s going to be much easier to integrate all sorts of smart home gadgets with Amazon Echo, since both Echo and AWS IoT can be easily tied together with Lambda. All you’d need is a cheap MQTT bridge connected to AWS IoT and you’ll have total voice control over your smart home.

For the hardware tinkerers, they’re running a challenge on hackster 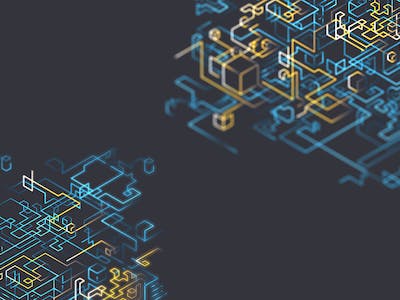 Also, just to be complete, Micorsoft’s Azure also has this capability