If not are ST water leak sensors available now?

They are now produced under the aeotec brand. If in US… 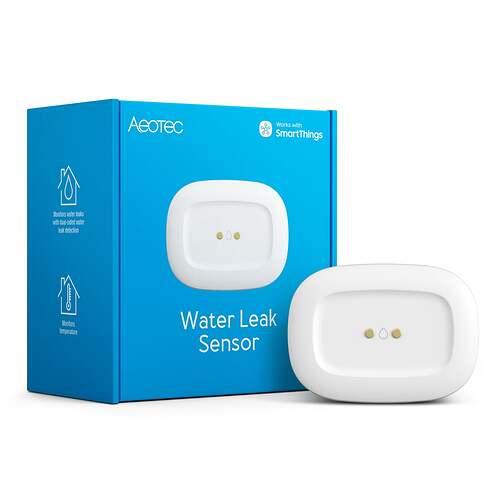 Water Leak and Temperature Sensor for SmartThings. Made by Aeotec, previously by Samsung SmartThings, Water Leak Sensor is designed to prevent water leaks and manage room heating by connected to automation platforms such as SmartThings and Aeotec...

Could you please give us more information on the device you are using, a link to a manual or some sort of documentation. Maybe we can help you out with a existing driver, or developing one for you.

Hi, I guess that means that the ST app does not natively support integration with the Yolink products? here they are: https://shop.yosmart.com/ I dont have any additional documentation, don’t do any extra work for this request, I’m not looking for a complicated fix.

There is no direct Yolink integration with Smartthings, and ST hubs do not have LoRa radios.
But it looks like you could use IFTTT. See the link. 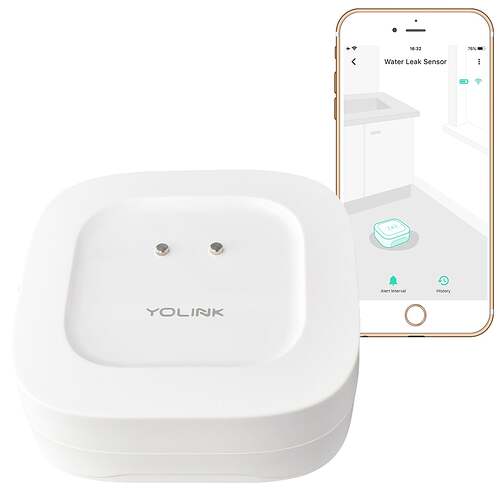 INTRODUCTION: Smart wireless water sensor monitors the presence of water and reports the status to the YoLink app Note: For water level monitoring (detection of the absence of water) and for additional, water leak/level detection options, including...

But it looks like you could use IFTTT. See the link.

@Paul_Oliver, Just for my understanding: This means that the hub can be connected with other services, so could be integrated via the Yolink hub / services with a Smart App?

Yolink sells a water shut off valve that pairs directly to the yolink water sensors.

You can also use yolink triggers in ST using ST virtual switches via Alexa. Three steps:

There is no direct Yolink integration with Smartthings, and ST hubs do not have LoRa radios. But it looks like you could use IFTTT. See the link.

My recent post showed how to pass YoLink triggers via Alexa to SmartThings using virtual switches created in SmartThings. No IFTTT required.

Cool. So are the yolink sensors able to trigger routines in Alexa? If yes that opens a lot of possibilities.

Alexa can trigger off of YoLink sensors. Alexa can also activate virtual switches from SmartThings. The possibilities are powerful and endless!

Alexa can be triggered by all YoLink sensors. Alexa can activate virtual switches set up in SmartThings. I.E. YoLink can trigger SmartThings routines! Please watch my video above. Although I am using a YoLink fob, all the YoLink sensors behave the same.

I have 15 YoLink water sensors. They each have a routine in Alexa letting me know where a leak was detected. The 15 water leak sensors are also paired device-to-device to a YoLink main water feed cut-off controller (link in previous post) on our main water feed.

Interesting. I hadn’t seen any water sensors that could trigger Alexa routines. My Ring waters can’t and the ones I have in ST don’t even show up as sensors in Alexa.

It is a beautiful thing.

Ok, the YoLink site explains that the water sensor is seen as an open/close sensor in Alexa. That’s why it works for routines.

Here is another example of a YoLink sensor (vibration) on a washing machine using SmartThings. SmartThings filters out false triggers when the washer is bumped by only saying the washing cycle is real for vibrations lasting longer than 15 minutes.

John if you create your “virtual wash is done” switch using @ygerlovin virtual edge switch you can eliminate the need to use IFTTT. His switch contains an invisible contact sensor that can directly trigger your Alexa routine say that the wash is done.

The following link will get you to his driver.

Thank you @Paul_Oliver for tagging me.

in ST App using the driver @Paul_Oliver posted above.
Then you can create an Alexa routine that triggers the virtual device on when your Yolink sensor detects a leak and another routine that turns it off.

If you use a virtual water sensor, you will see it in STHM and it will look like a regular water sensor with additional switch button. However, you will not be able to use this virtual device to trigger another Alexa routine.

If you use a virtual switch, then you can use it as a trigger for Alexa routine (not that it would make a lot of sense), but it will not have a water sensor capability and you would need to change an icon manually.
Cheers,
Yakov

Has anyone created something similar for the YoLink temperature sensors? 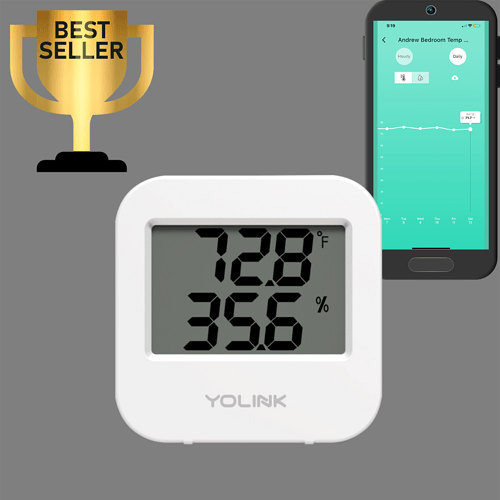 They aren’t sensors per Alexa. The only way I found to use them as such is via IFTTT. The YoLink app allows you to set alarms and automations based upon temperature limits, but that information doesn’t pass through to Alexa. I setup an IFTTT applet to turn on a Wyze bulb and set the color if the temperature is too low but haven’t found any way to activate a ST virtual switch from the YoLink device.