Hi im starting in HA and i want start controlling my lights i saw about the in wall switch and im goin to buu the GE On/Off Paddle Switch, however i have a doubt i have a 3 way wall switch with an auxilar (with 2 switch) i found the GE 3-Way On/Off Switch Kit, however it seems if i want to do it manually only have one switch!!
https://support.smartthings.com/hc/en-us/articles/200902650-What-Is-a-GE-Jasco-45614-In-Wall-Control-3-Way-Switch-Kit-
here is more about, how i can get 3 “manual” switchs and the auxiliar with 2 switch ?? and of course that can be controlled by smart things!! 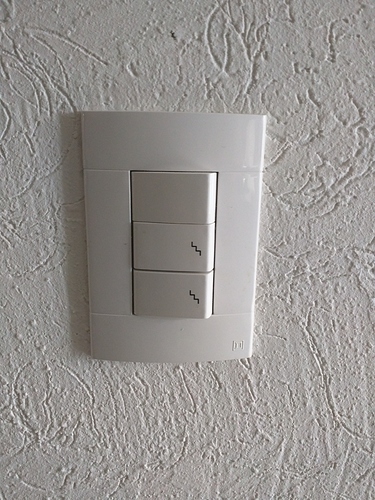 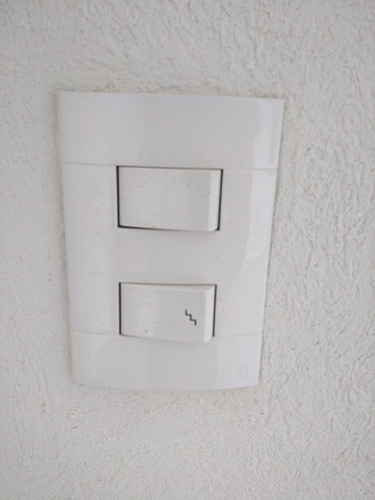 The only thing I could think of is a dual relay. That could be also be pretty tight in that box. I would check behind the box first to be sure there is enough room and what kind of wiring circuit you have back there.

Aeontech has a solution that I believe supports two switches and uses existing hardware:

Disclaimer: I have not used this nor do I have any experience with this type of switch.

This does work. I am using a this relay as a 3 way switch together with the 2 dumb switches. I suggest you download the manual from the Seiter web site and double check your wiring first.

Edit: Here is the wiring diagram from the aeotec web site (ignore the DPST switch in the diagram): 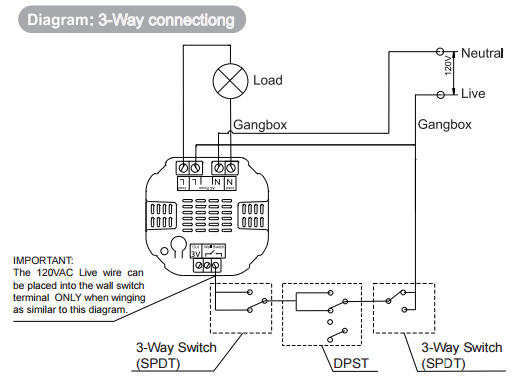 I’m confused… You have a three way switch, as in a light and two switches at separate locations that each control the light.

Why do you think the GE three way switch kit will not work? I am currently using several of these in my house with no problems.

Please give a little clarity.

Edit:
Hold on… In the pictures, that is your current set up? A single device that had two separate switches in it?

Is it possible for you to add another gang box and just separate the two switches?

Hi i have the 3 way switch, my building setup is weird,
the first 3switch control
A) Single light on living room
B) the2 lights on living room
C) 2 lights in the hall
the second (2 switch)
A) the 2 lights of living room (the same as the 3 way siwtch that i post on the B point)
B) another 4 lights for living room.

The only lights in common seems are the 2 between living room
the funny thing , in my hall i have another “auxiliar” on/off only switch that control the hall too (The same as the 3 way switch that i posted on the C point)

sorry im kind new on this , so im not sure what switch should i bought, and if i bought the 3 way switch can i control the 3 switch manually? or just by app/smarthub? Thanks a lot!!!
Im more into developing instead electrical stuff

sorry im kind new on this , so im not sure what switch should i bought, and if i bought the 3 way switch can i control the 3 switch manually? or just by app/smarthub? Thanks a lot!!!

Just so we are on the same page. A 3 ways switch is actually not 3 switches. It’s a single switch controlling a single load but it has the option of hooking up to another switch to control the same load. They called it 3 ways because it hooks up to another switch and a light. So 2 switches and a load equal 3 ways.
I tag @JDRoberts cause he’s an expert on switches and option.

The U.K. and the US have different wiring terminology which can also confuse things.

The following website has an excellent description of why these terminologies are used. Don’t pay too much attention to the wiring instructions because those will be different when you’re using a Z wave switches. But the reason why a two-way is called a two-way in UK versus a three-way in the US does apply.

So in the US, a three-way has two switches each controlling thing light.

In the UK, that would be called a two-way set up. I three-way set up would in fact have three switches controlling the same light.

As for the original question, I think the first thing is to figure out what the current wiring is actually doing. That is what is controlling the current to the various lights. (This is called the “load”).

Are the current switches actually wired to the lights, or is this some kind of RF system?

Once you figure out exactly what controls the current to each light, then you can figure out what kind of switch set up will work.

You may need to bring in an electrician to do this.

If I had to guess, my guess would be that the GE switches are not going to work for you because they use physical traveler wires and I’m pretty sure you can’t recreate the set up that you have now using those. At least I will be very surprised if you can. That’s because of the fact that the different buttons control a different number of lights.

It’s certainly possible, as others have mentioned, to have a multi button switch that controls different sets of lights. But something has to control the actual current to each light, which is why in wall relays have been mentioned. Once you get on/off control of each light, then you can figure out how to assign those to various button/switches.

But first I would want to know the wiring layout for what you currently have. Because something unusual is going on there. It’s not a straight master/auxiliary set up.

First , Thanks a lot for reply. i really apreciatte (i will try do my best programming for smartthings for the community) second i just un screw the switchs for my house , this is what i got:

This is the e 2ay switch 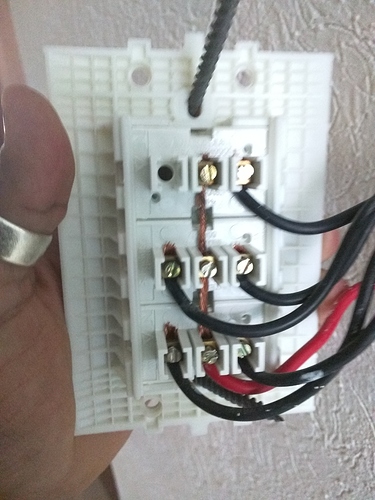 This is de “auxiliar” or 2 switch that i posted that control 1 light in common with the 3 way switch and control anothers light too. 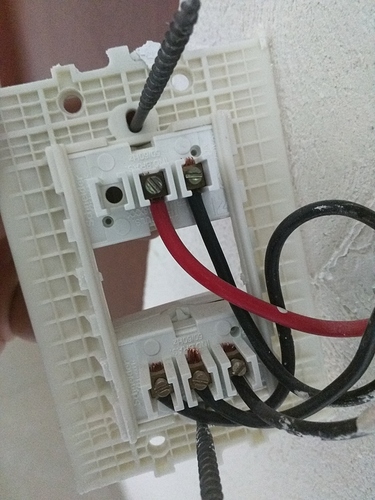 and last this is “on/off switch” at the hall that controls turn on/off the lights , the same as one of the switches from the 3 way switch 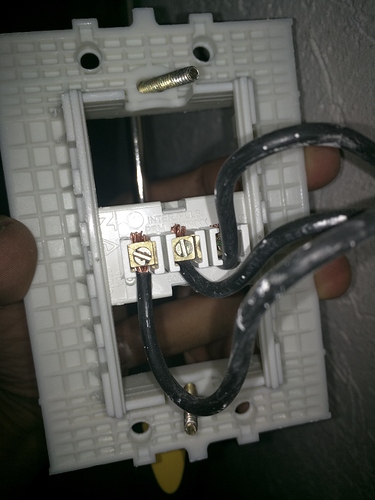 The switches that share the lights (in the first images i uploaded) has like stairs symbol , Thanks for any help!!